SNC-Lavalin's allies in its push to avoid prosecution

SNC-Lavalin’s arguments found an open audience, and its language in favour of remediation agreements was echoed widely 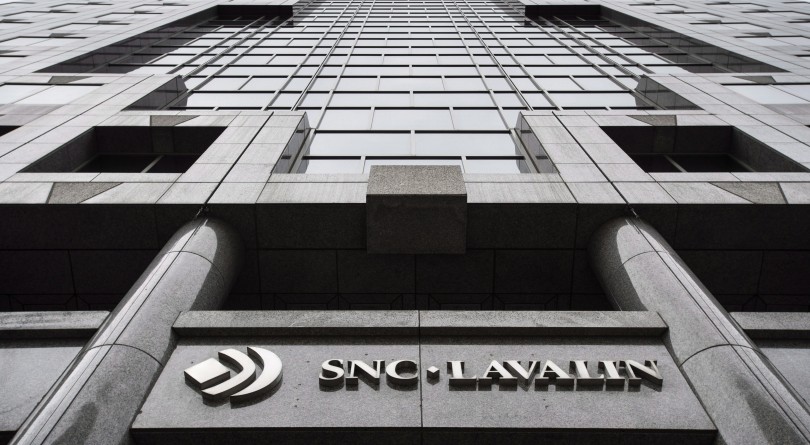 The headquarters of SNC-Lavalin is seen in Montreal on Nov. 6, 2014. (Paul Chiasson/CP)

“Serious cases of corporate economic crime should be dealt with severely,” wrote SNC-Lavalin in October 2017. “However, it is unfair that the actions of one or more rogue employees should tarnish a company’s reputation, as well as jeopardize its future success and its employees’ livelihoods.”

So reads the opening line of SNC-Lavalin’s submission to a federal consultation on deferred prosecution agreements, a remediation tool the Liberals eventually snuck into an omnibus budget bill last year that allows companies to settle charges instead of fighting them in court.

As deferred prosecution wound its way through the policymaking process, from the earliest exploratory stages to the language of the law itself, SNC fought hard for the law—and it appeared to have some powerful allies on its side.

In 2015, the company funded a small portion of a roundtable report published by the Institute for Research in Public Policy, a Montreal-based think tank that cautiously supported deferred prosecution agreements after consulting legal and academic stakeholders.*

As Paul Wells lays out in detail, SNC-Lavalin then actively and openly sought the adoption of a made-in-Canada deferred prosecution law for several years. The company took out big ads in newspapers and lobbied anyone in Ottawa who would listen (including 28 meetings on “justice and law enforcement” between September 2017, when the DPA consultation started, and the end of 2018). SNC made its case to the public, and openly published its answers to 13 questions posed by the feds in the consultation that led to the law.

READ MORE: The government’s case for ‘remediation agreements’ made no mention of SNC-Lavalin

The thrust of SNC’s argument was that several comparable countries have already established deferred prosecution regimes—and that puts Canadian companies at a “competitive disadvantage” globally. “Investors may be reluctant to expose themselves to an uncertain enforcement regime in Canada, resulting in additional legal risks. Canadian companies have already lost significant contracts abroad because global competitors have been able to impugn the integrity of the firm, despite comprehensive remediation actions, while corruption charges are pending.”

SNC further argued that DPAs could “encourage self-reporting by companies,” result in “improved enforcement outcomes,” “improve compliance and corporate culture,” and “avoid undue negative consequences for stakeholders, including employees, investors and other third parties who had no involvement in the crime.”

SNC also offered arguments against a regime, which the company knocked down as having “no merit,” including that such a regime “could weaken the deterrent effect of prosecution;” and that DPAs could offer a “perception that companies could ‘buy their way out of trouble.’ ”

SNC wasn’t alone in using that language. A separate submission to the federal consultation from the Canadian Bar Association sticks to the same rationale, occasionally using identical wording (in bold).

On the same question, the CBA wrote: “To maintain and uphold independence, the offer to enter into DPA discussions should be at the discretion of the prosecutor. However, an organization should also be able to proactively submit a DPA proposal without prejudice to any future proceeding or to the independence of the prosecutor.”

On the same question, the CBA wrote: “The prosecutor should give the organization an opportunity to address allegations of noncompliance. If repeated incidents are beyond the organization’s control, it may be useful to renegotiate some terms of the DPA.”

Asked about the similarities, the CBA said its submission was independently conceived and subject to a “rigorous process” that gains wide internal approval. “The CBA does not coordinate or collaborate in the drafting of private submissions,” reads a statement provided to Maclean’s. “CBA effectiveness in law reform is based equally on its reputation for objectivity and independence, its professional expertise, and its national voice.” SNC-Lavalin didn’t respond to a request for comment.

There is one link between SNC and the CBA: Amee Sandhu, a regional integrity head and sector integrity officer at SNC-Lavalin, helped write the CBA’s submission as a member of the organization’s anti-corruption team.

RELATED: What did the Liberals see in SNC-Lavalin? A company in need of a bailout.

The government’s post-mortem report on the consultation, which served as the basis for the government’s Criminal Code amendments, received 45 submissions on deferred prosecutions—nearly half of which were from businesses. (The feds didn’t post submissions online, but SNC and the CBA did.) The post-mortem neatly fits SNC-Lavalin and the CBA’s arguments for and against deferred prosecution into its rundown on “advantages” and “disadvantages.” First, the advantages (SNC’s language appears in bold):

“The majority of participants thought that a DPA regime would encourage self-reporting, promote accountability, foster a compliance culture and enhance public confidence in addressing corporate wrongdoing. A DPA regime is also viewed as a means to improve enforcement outcomes and could increase justice system efficiencies by avoiding protracted criminal trials…”

“Several participants noted that DPAs provide greater flexibility for prosecutors to structure tailored resolutions in appropriate cases, while reducing the negative consequences of a company’s conviction for innocent third parties, such as employees.”

“There was a sense among some participants that instituting a DPA regime could give companies a false sense of security as they might consider that they would not be at risk of prosecution, but could, rather, ‘buy their way’ out of trouble through the payment of financial penalties rather than being held accountable by a court of law. If this were to be the case, it could weaken the deterrent effect of the criminal law on corporations and ultimately undermine public confidence in the criminal justice system.”

That language even ended up in the bill itself. Section 715.‍31, which explains the rationale for remediation agreements, includes those same three arguments.

By the time Bill C-74 had reached the Senate in May 2018, the business lobby stood up for deferred prosecution. Witnesses on May 30 included the Business Council of Canada and the Conseil du patronat du Québec, both of which count SNC as a member, and Transparency International Canada, which cautiously supported DPAs in a paper published in 2017 and claimed credit for the new regime in its next annual report. (Mark Morrison, who testified on behalf of Transparency International Canada, had moderated a 2017 panel featuring SNC’s Sandhu on “good practices in implementing an effective anticorruption compliance program.”)

CORRECTION, Feb. 21, 2019: An earlier version of this story misstated the location of the IRPP’s headquarters. We’ve also clarified the nature of, and funding for, the IRPP’s roundtable report.