So, Justin, what's the plan?

Politics Insider for Dec. 5: Alberta's long history of government intervention in the oil industry, Chretien's Q&A with Wells and just what is Trudeau doing to end Trump's tariffs? 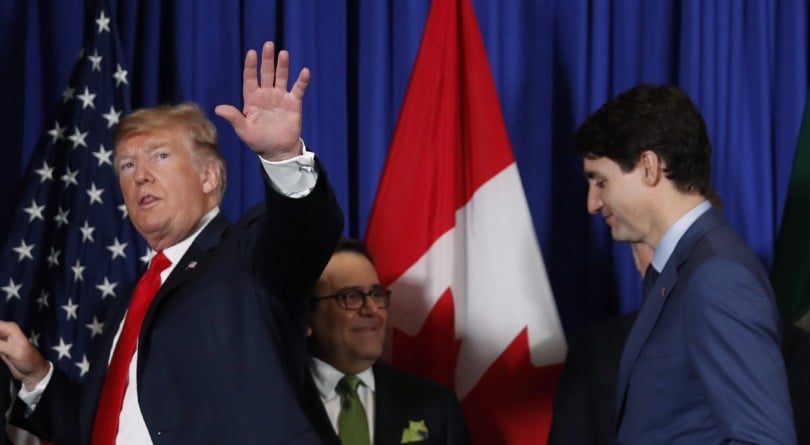 In the wake of Alberta NDP Premier Rachel Notley‘s decision to buy rail cars to haul crude and mandate production cuts in the oil patch, Jason Markusoff looks at how free-market-loving Alberta’s biggest private enterprise has felt the friendly or prickly hand of government involvement throughout its history—through direct control, subsidy and state ownership. (Maclean’s)

There’s an estimated $26 trillion global opportunity in clean growth coming in the next 12 years, and a trio of new regulatory initiatives from the federal Fall Economic Statement might help Canada grab a bigger share of it through green innovation. That’s if the federal government gets the details right, write Stewart Elgie and Mike Moffatt. (Maclean’s)

Does the Trudeau government actually have a plan to get the Trump administration to ditch its tariffs on Canadian steel and aluminum exports? Opposition MPs want to put that question to the man himself, with Conservative and NDP members of the Standing Committee on International Trade calling on Justin Trudeau to testify before Parliament rises for the holidays. (CBC News)

Sometime in the next few days the Centre Block of Parliament will close for renovations, writes Paul Wells, who notes he will probably be retired by the time it reopens. Wells looks back at what there is to love about the place and the events that left their mark on it. (Maclean’s)

Last evening Wells also sat down with former prime minister Jean Chrétien for a special Maclean’s Live event. The evening ended on a melancholy note with Chrétien announcing that he’ll soon be leaving Ottawa to live in Montreal after spending five decades in the capital. (Maclean’s)

Between Tony Clement and Raj Grewal—one who sat on a national security committee and exposed himself to blackmail and the other whose gambling addiction reportedly caught the attention of both organized crime and the RCMP—it’s a question worth asking: Are MPs the weak link when it comes to safeguarding Canada? (Toronto Star)

Later this morning former prime minister Brian Mulroney will deliver a eulogy at the funeral of George H.W. Bush. Ottawa has said that all Canadian flags on federal buildings and at U.S. offices will fly at half mast. The funeral service for Bush is scheduled to begin at 11 a.m. at the National Cathedral in Washington. (The Hill)