Some advice for ministers who say silly things

Former Alberta premier Ralph Klein was a master at throwing the shifter into reverse when he got stuck in the mud. It's a lesson other ministers should heed. 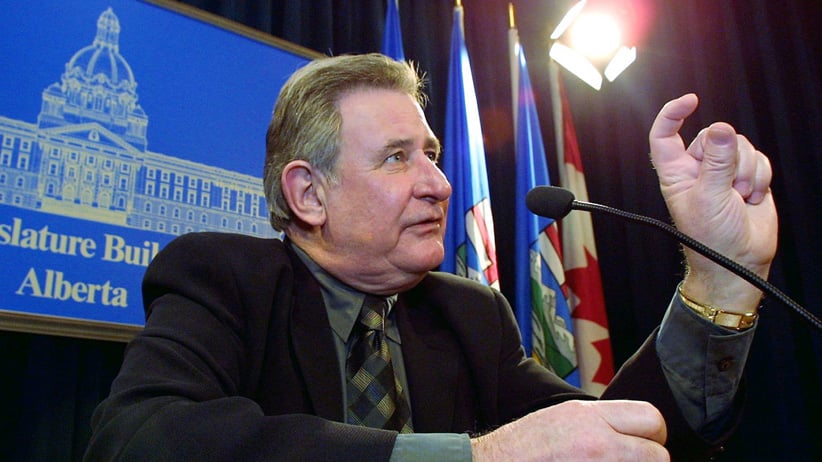 In the new world of regular contact with the media, fledgling ministers are bound to run into trouble sooner than later. They will say something without thinking and it will sound silly, or worse, be silly. While everyone says silly things from time to time, for ordinary people such momentary lapses usually result in only a brief period of embarrassment—especially if accompanied by a self-deprecating sigh or smile.

Unfortunately for ministers, even momentary lapses can turn into big problems. It’s not just that their political opponents will pounce or that cruel journalists will pillory them. The real problems arise because ministers hate to be accused of flip-flopping. So when they say something, even if it’s silly, it’s liable to become “policy.” Public servants tie themselves in knots trying to “interpret” or “clarify” what the minister said. Even worse, they sometimes send government off in a new, silly direction in order to be consistent with the minister’s flub.

When ordinary people flip-flop on something, we usually say they “changed their mind,” perhaps in light of new information or perhaps because they’ve thought about it a bit more. Ministers, however, generally view changing their mind as a sign of moral weakness. Combine this with their almost irresistible urge to respond to every question that comes along and you can see the trouble they are liable to encounter.

When I first became a deputy minister, I lived in fear of a surprise question to my minister. Having not been properly briefed by the department officials, what would he say? Would he make up a new policy on the spot that would cause no end of problems down the road? This fear led to sleepless nights trying to guess all the zany questions the minister might be asked and long briefing sessions on arcane topics. The person who saved me from becoming a nervous wreck was none other than premier Ralph Klein.

Premier Klein was the master of throwing the shifter into reverse when he got stuck in the mud. Like most politicians he could not resist answering questions from left field, often responding with the first quotable quote that came to mind. However, unlike most politicians, he had no compunction about changing his mind if someone had a better idea. “Swung at a bad pitch” was his explanation for reversing himself when pressed by journalists or his political opponents. Albertans viewed this as a normal thing for an ordinary person to do on occasion and, indeed, as one of their premier’s many endearing qualities.

Of course these are different times and I am not encouraging new ministers in Ottawa to take on the mantle of premier Klein. However, they could make life easier for themselves and their deputy ministers if they remembered a few things they can say when confronted with surprising questions.

First, it’s OK if you don’t know everything. Likewise, it’s OK to say that you will look into something (if you think it bears looking into). Second, it’s OK to say you have not decided (if you haven’t). Say you are gathering information (if you are not, your deputy will be within a few nanoseconds) or you need time to consult (talk it over with people) or consider the evidence (think it over). Finally, if despite all these strategies, you blurt out something ill-considered, remember premier Klein. If the next day you say that, upon reflection, you’ve changed your mind, voters might just come to believe that you are actually thinking things over. I’m sure your deputy will.

Paul Boothe is professor and director of the Lawrence Centre for Policy and Management at Western’s Ivey Business School. He has served as a provincial and federal deputy minister.