Someone get Jagmeet Singh a newspaper subscription

Politics Insider for January 14: Trudeau shuffles his cabinet, Canadians are suddenly anxious about the state of the economy and Singh needs to brush up on the Canada-China dispute 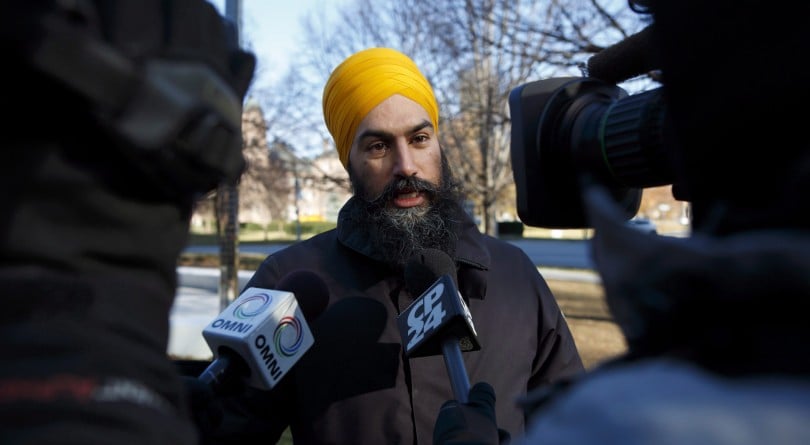 Canada’s economy may be growing, but more than 56 per cent of Canadians feel like the country is in a recession—up 21 points from a year earlier. That’s the finding of a new survey by Pollara Strategic Insights, and the rising sense of economic anxiety could be a big factor in the federal election this fall if it persists:

Pollara’s finding that Canadians are feeling uneasy about the country’s prospects for prosperity comes just after Bank of Canada governor Stephen Poloz decided to hold interest rates steady, rather than continuing to gradually raise them. The central bank’s main reason for keeping its benchmark rate at 1.75 per cent earlier this week is that the recent drop in oil prices has taken a toll on the economy.

But Poloz suggested that by this coming spring the economy might be strong enough again to absorb higher rates. “As the snow melts, we’ll have a clearer view that the economy is back on track and then likely to grow above or around two per cent after that,” he told reporters.

Prime Minister Justin Trudeau’s Liberals have to be hoping Poloz is right that the economy might feel like it has more traction by spring or summer—with a federal election campaign set for the fall. “This will undoubtedly influence what the various leaders talk about in the campaign,” Pollara’s Worden said. (Maclean’s)

We’ll find out this morning who’ll be part of Trudeau’s cabinet in the lead-up to the 2019 campaign (barring another shuffle—the last one was only six months ago).  Today’s cabinet shakeup follows the departure of Scott Brison, who resigned as Treasury Board president last week.

ICYMI, a roundup from the weekend political shows…