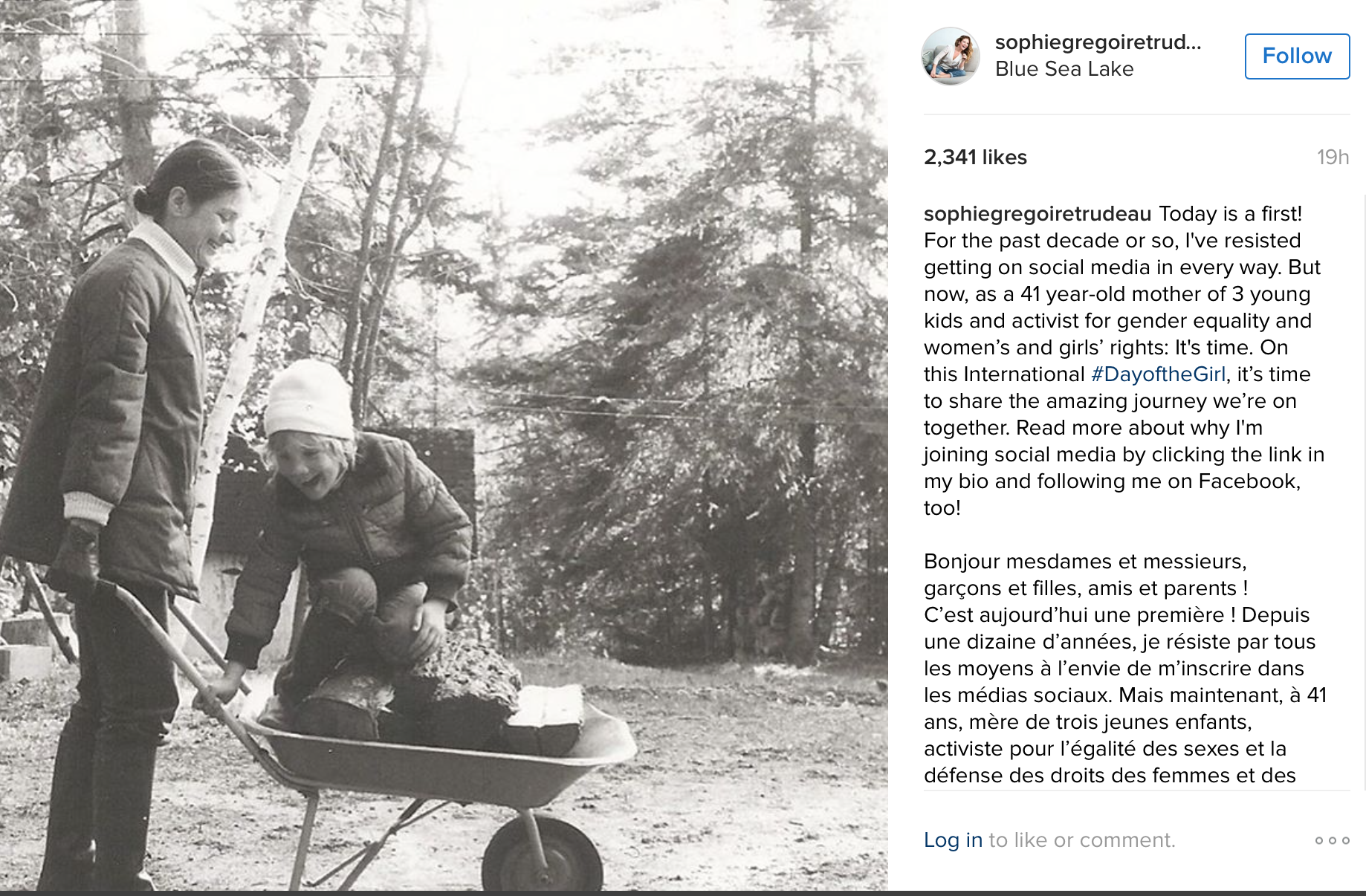 Sophie Gregoire Trudeau used the occasion of International Day of the Girl to launch newly established Facebook and Instagram feeds of her own.

“For the past decade or so, I’ve resisted getting on social media in every way,” Gregoire Trudeau wrote in a message that appeared on both accounts.

Gregoire Trudeau attributed her change of heart to being a 41-year-old mother of three young children and an activist for the rights of women and girls.

“It’s time,” she wrote. “On this International Day of the Girl, it’s time to share the amazing journey we’re on together.”

The message came with a black-and-white photo of Gregoire Trudeau as a five-year-old girl, sitting in a wheelbarrow held by her mother, Estelle Blais.

She also marked Tuesday’s UN-declared occasion by joining a group of girls to open trading at the Toronto Stock Exchange.

It was a collaboration with three charitable organizations — G(irls)20, Plan International Canada and FitSpirit —to illustrate the importance of making sure boys have equal opportunities to boys.

“I hope to use this space to get to know you, and also share more about my life with you — very little of which is spent in heels and dresses, by the way!” she wrote.

“I’m an activist for gender equality, a nature lover, an adventurous athlete, and a curious and open-hearted woman hoping to help others find justice, balance and inner peace.” 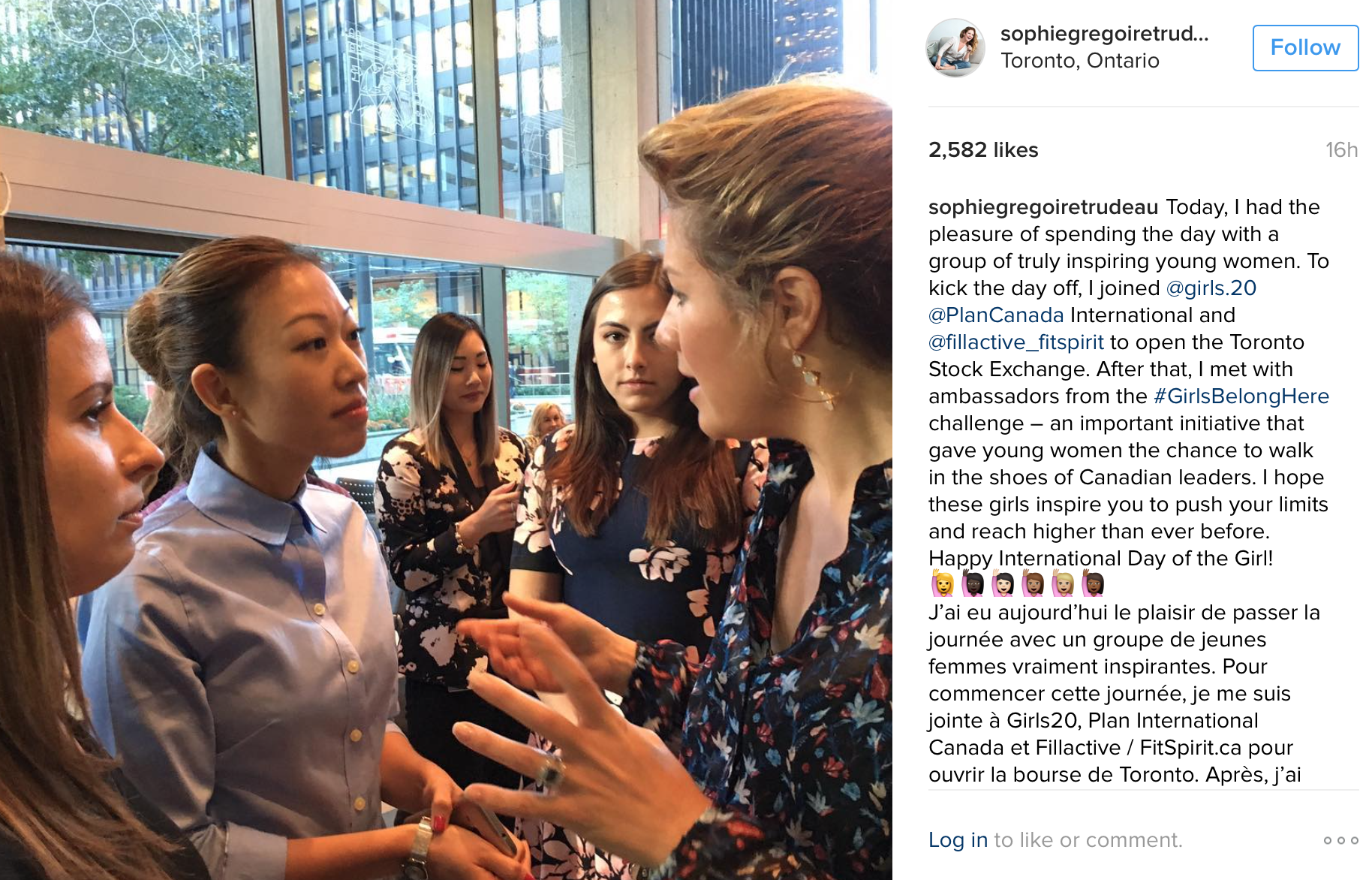 Gregoire Trudeau, a former broadcast journalist, also noted her activism and public speaking _ particularly on the topics of self-esteem and eating disorders, with which she has had personal experience _ began before she began dating her husband.

She signed off by urging everyone to call her by her first name — instead of “Madame.”

She also added a postscript to say she was a “very proud mama” because her youngest son, two-year-old Hadrien, had just learned to spell part of his name.

By Tuesday afternoon, the Facebook page had garnered more than 30,000 “likes.”

Andree-Lyne Hallee, a spokeswoman for Trudeau, said in an email that Gregoire Trudeau wrote the post herself, but would be getting help from staff in the Prime Minister’s Office to help her manage the page on a regular basis.

The Conservatives and New Democrats were attacking the Liberals this spring after Gregoire Trudeau asked for extra staff to help her manage the high volume of requests she gets for charity work and public appearances.

Hallee said Tuesday that no extra staff had been hired.

“Madame Gregoire Trudeau receives help from PMO staff to fulfil the duties and responsibilities that come with the role. She receive the support she needs with existing staff within the PMO,” she wrote.

Hallee said the page is not being promoted with paid advertising.