Steel tariff talks: By 'next steps', what the PMO actually meant was 'no steps'

Politics Insider for January 8: The Canada-China chill, Trudeau and Trump talk tariffs, and a '60s scoop apology in Saskatchewan 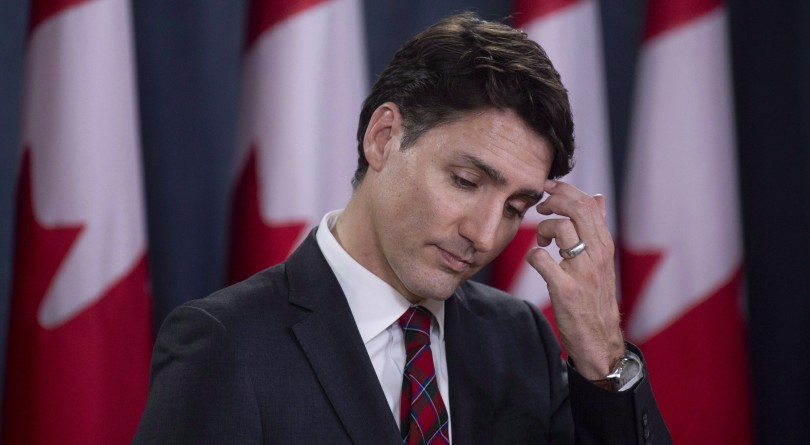 In the end a group of Canadian parliamentarians who traveled to China this week couldn’t avoid the “elephant in the room.” That’s how Conservative MP Michael Cooper, one of six MPs and senators on the trip, described China’s retaliatory detention of two Canadians. “We made it clear that from the standpoint of advancing important bilateral relations between Canada and China, that this represents a major chill,” he told the Globe. (Globe and Mail)

The parliamentary group had earlier indicated they wouldn’t be raising the arrest of Michael Spavor and Michael Kovrig—which followed the arrest in Vancouver of Chinese telecom executive Meng Wanzhou on a U.S. warrant—unless the Chinese brought it up. Which they did. “[The Chinese officials] feel that there is politics involved in this … and I assured them that there would be no politics influencing the judges in Canada,” said Sen. Joseph Day. (CBC News)

Wherever could the Chinese have got that idea? President Donald Trump‘s offer to free Meng if he likes the outcome of a China-U.S. trade deal left Canada reeling. On Monday Prime Minister Justin Trudeau spoke with Trump about the detained Canadians and, according to a statement issued by the PMO, they “reaffirmed the importance of respecting judicial independence and the rule of law.” (CTV News)

While on the phone, Trump and Trudeau also talked steel and aluminum tariffs. The PMO press release said the two leaders “discussed next steps” in addressing the tariffs, but a Canadian official told Reuters that by “next steps” they didn’t actually mean there were any next steps planned: “There are no specific negotiations taking place, nor are there any specific negotiations scheduled.” (Reuters)

Meanwhile, if you were planning a trip to China, don’t. Former deputy PM John Manley (now CEO of the Business Council of Canada) who earlier suggested Canadian officials should have turned a blind eye to Meng’s arrest warrant, is now warning Canadians not to visit the country: “I would not, save and except for having a diplomatic passport, go to China at this point in time. I think there’s just too much uncertainty.” (CTV News)

In Saskatchewan Premier Scott Moe apologized to survivors of the ’60s scoop, when roughly 20,000 Indigenous children were seized from their families and placed in non-Indigenous homes: “We are sorry for the pain and the sadness that you have experienced. We are sorry for your loss of culture and language. And to all of those who lost contact with their family, we’re so sorry.” The Federation of Sovereign Indian Nations welcomed the apology, but called on the Saskatchewan government to impose a moratorium on adoptions of Indigenous children. (APTN)