Stéphane Dion on what set Parizeau apart from other separatists 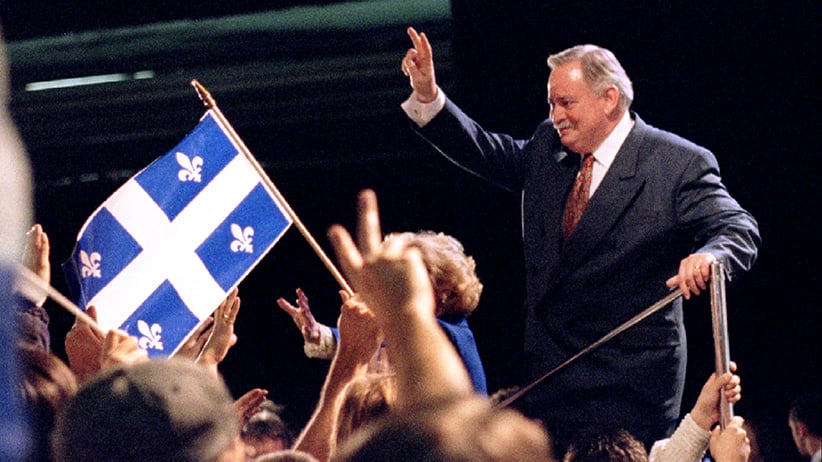 Jacques Parizeau once said he regretted not having accepted the offer, made to him at the end of his studies at the London School of Economics, to pursue an academic career in that hallowed institution. It is quite likely he would have made a valuable contribution to economic science.

Similarly, one can only dream of the contribution he could have made to the cause of a united Canada if he had elected to invest his exceptional talents in that cause. Instead he chose the other option: an independent Quebec. We have to respect that choice.

But we must also try to understand his reasons for making that choice because at least on two aspects, they are very original compared to the usual theses put forward by the Quebec separatist movement.

Jacques Parizeau never argued that belonging to Canada had nothing but negative consequences for Quebecers. What he said was that in his opinion, it had ceased to be necessary. Neither did he argue that the Canadian federation was too centralized. He said just the opposite: according to him, Quebec had to leave the federation because it was too decentralized.

As an artisan of the Quiet Revolution, Mr. Parizeau recognized the federal government’s leadership role.

When interviewed by Robert-Guy Scully on January 22, 1999, here is a translation of what Mr. Parizeau said: “Before the Quiet Revolution, any young Quebecers who had developed any economic expertise, and there weren’t all that many, were working in Ottawa. Ottawa was where the action was. It was Ottawa that created Canada’s social safety net and the policy of reconstruction following the Second World War.

“The serious government was in Ottawa. Quebec City was just a place for small-league politicians and patronage … When Sauvé took office with the words ‘Désormais‘ [as of now], a lot of those … working in Ottawa for boards of inquiry or as consultants in various departments headed for Quebec City, and they were horrified at what they found.”

Jacques Parizeau is likely the person in Quebec who best expressed the Jacobin conception of a political society, according to which the seat of authority should reside in one location only.

As far back as 1967, he said that Canada had fallen into “anarchy” because “we had pushed decentralization too far … No country should be authorized to fragment its decision-making power as we have done.” He voiced that same conviction again on Feb. 28, 1999, in Quebec City: “It is imperative that the federal government, if it is to be able to retain the powers of a real government and to set policy, centralize what has become an extraordinarily decentralized federation.”

Jacques Parizeau’s prophecy, which hadn’t changed since the 1960s, was that Canada was bound to centralize and that Quebec had to get out. I’m convinced it was a false prophecy, and that Mr. Parizeau had drawn the wrong conclusion from a Quiet Revolution to which he contributed so much.

To paraphrase Mr. Parizeau, we can and must have two “serious governments.” Two governments, with their own perspectives, subject to diverse influences and, through healthy emulation, learning from one another and from the other governments in our federation.

It would have been good to continue this debate with Jacques Parizeau.