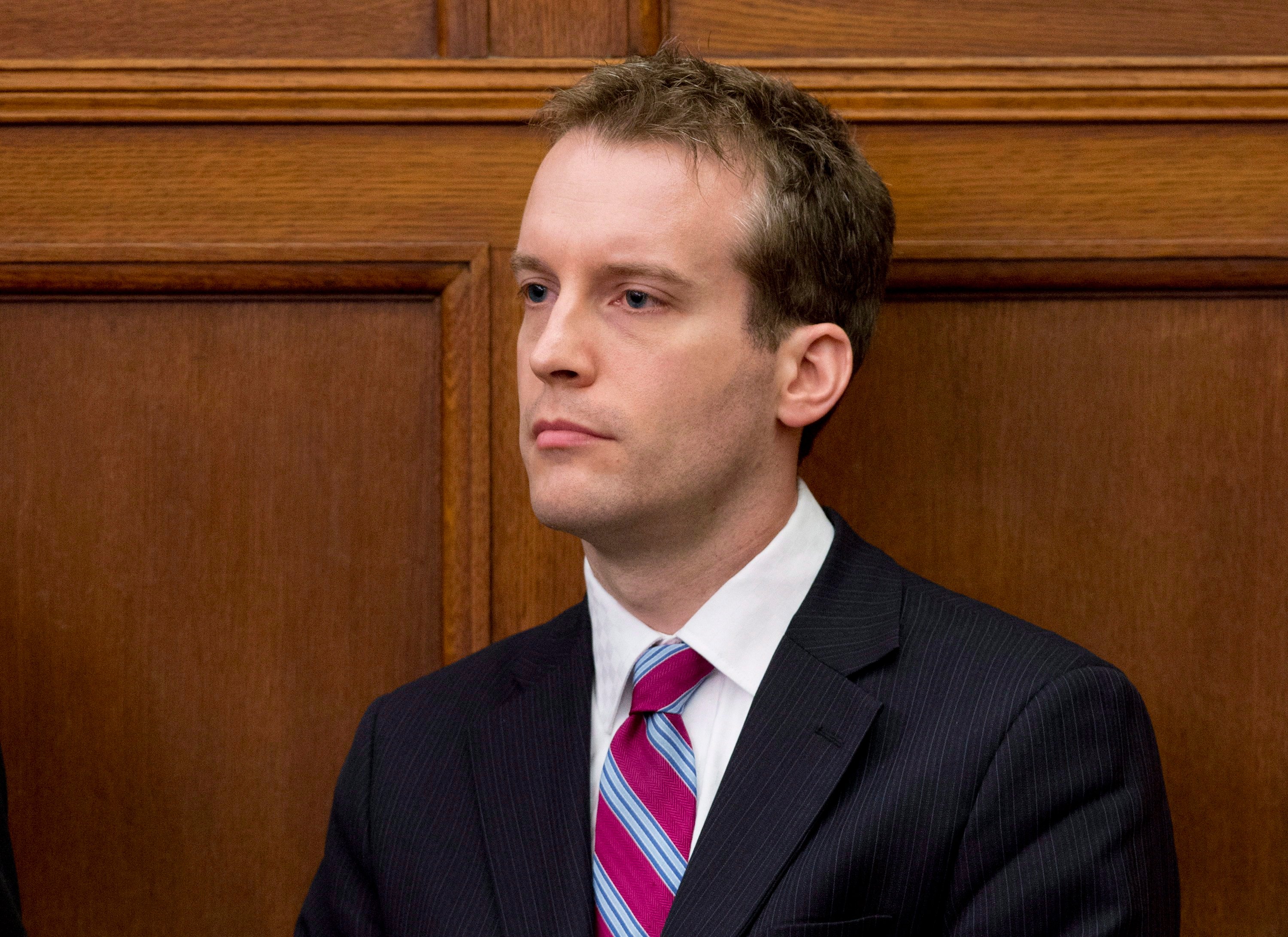 Canadian Prime Minister Stephen Harper’s Chief of Staff Ray Novak stands along the wall as he watches the prime minister speak to members of Caucus on Parliament Hill Tuesday May 21, 2013 in Ottawa. THE CANADIAN PRESS/Adrian Wyld

OTTAWA — Ray Novak is seen only fleetingly in public and almost never heard from, which makes him one of the most elusive figures in Stephen Harper’s inner circle.

But he was the centre of attention on the federal campaign Thursday as the prime minister was pressed to show confidence in one of his most trusted and long-time confidants and current chief of staff.

Harper’s political rivals questioned his support of Novak in the face of developments at the Mike Duffy’s fraud trail that link Novak to the controversial $90,000 payment to Duffy in 2013 by Harper’s previous chief of staff, Nigel Wright.

The Novak-Harper relationship looks certain to remain front and centre on Friday because testimony late Thursday afternoon in the Duffy trial by the prime minister’s former lawyer contradicted the Conservative campaign line about Novak’s role in the repayment scheme.

Lawyer Benjamin Perrin testified that shortly before a conference call with Duffy and his lawyer, Novak sat with him and Wright around a boardroom table. That’s when Wright told Perrin he would personally cover Duffy’s Senate expenses.

Perrin said he looked over at Novak for a reaction, but saw none. Perrin remains in the witness box on Friday.

Hours before this testimony, Harper was knocked off message by a pair of questions about Novak after his morning policy announcement — increasing the tax credit for parents adopting a child.

The Conservative leader didn’t mention Novak by name after he was asked whether he still stands behind his current chief of staff.

Harper once again said he holds only Duffy and Wright responsible for any wrongdoing.

“And I’m not going to go around holding everybody else accountable for their actions.”

“I found the prime minister’s qualifier revealing,” he said in Vancouver. “(Harper) said people who work for him have his confidence while they work for him, so I don’t know what that means long-term for any of the people who are working for him.”

“The issue of trust is at the heart of what we are seeing come from the Duffy trial and, indeed, from the prime minister’s behaviour over the past weeks, months and even years,” he said.

“Canadians no longer trust their prime minister to tell them the truth. So whatever it is that he says, his loss of integrity in his office is something that Canadians are not soon going to forget and is one of the big reasons why Canadians need real change.”

“We don’t know if Novak lied to his boss. If so, strange his boss keeps him on,” May wrote.

“Far more likely Novak is, like Nigel Wright and others before him, a loyal soldier prepared to be sacrificed to protect the leader from his own actions.”

Novak has been kept out of the public eye and away from media travelling with Harper’s campaign in recent days. But he was on Harper’s campaign plane, which touch downed in British Columbia early Thursday evening.