Harper, the only party leader with an event this day, appeared in Rockland, Ont. to defend Ray Novak by name 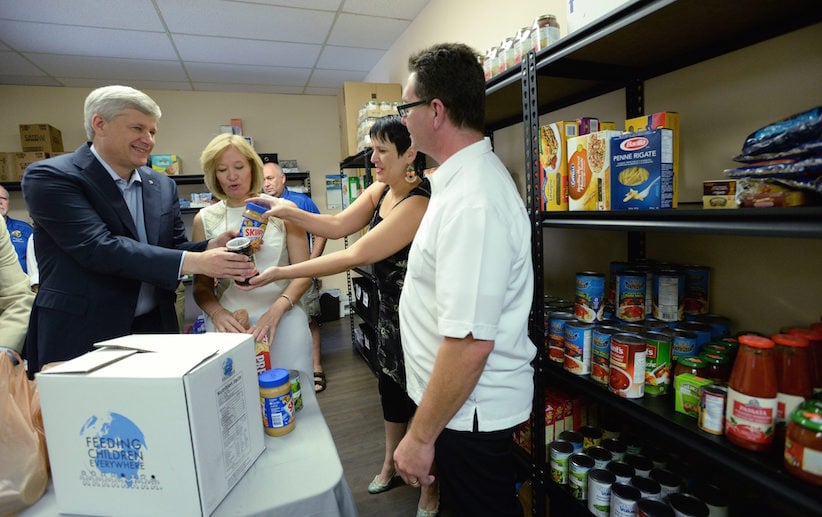 OTTAWA – The revelations of the Mike Duffy trial have placed Stephen Harper’s two most recent chiefs of staff in a spotlight that has repeatedly outshone the Conservative leader’s federal campaign messaging.

On Sunday, the prime minister came down firmly on the side of this current chief of staff — Ray Novak.

And Harper did so by name, for the first time.

As he faced another question about the trial revelations — one that elicited a few noticeable groans from Conservative campaign supporters in Rockland, Ont. — Harper stuck to his core message about the controversial $90,000 repayment of Duffy’s expenses.

He again laid the blame at the feet of Duffy, for wrongly claiming the expenses, and of Nigel Wright, his previous chief of staff, for paying them back.

Harper prefaced his latest comment, though, with a hint that he’s discussed the matter with Novak, one of his most trusted, long-time aides. But he didn’t elaborate.

“Mr. Novak has been very clear with me,” Harper said Sunday, using his name for the first time after more than a week of questioning by journalists.

Harper emphasized that Wright was the person in charge of his office back in 2013 when all of the Duffy machinations were unfolding, and was therefore the sole staffer responsible for paying back money the senator should have reimbursed himself.

“Instead Mr. Wright did that for him — and I grant he paid back the taxpayers — but he did so without my knowledge, and without my agreement,” said Harper.

“And these were his actions, he was boss and he is fully responsible for them.”

Harper was kicking off the fourth week of the federal campaign, and he faces one more week of evidence from Duffy’s fraud trial, which resumes Monday before it adjourns until November, after the Oct. 19 election.

Last week, the prime minister’s former lawyer Benjamin Perrin testified that Novak — then Harper’s principal secretary — was present on two occasions when Wright’s payment was discussed. That contradicted assertions from Harper and the Conservative campaign about what Novak knew about the repayment scheme.

Harper once again maintained Sunday that he wasn’t going to comment on the evidence of a trial that was still ongoing.

As Harper wound up last week’s campaigning, Novak remained with the Conservative team but had dropped out of the public eye. That fuelled speculation about whether testimony from the Duffy trial linking him to the Duffy payment scheme might mean Novak’s days at Harper’s side were also numbered.

But on Sunday, Novak was spotted at a campaign stop in Rockland, Ont., where Harper promised tax relief for service club members.

Harper was the only leader of the main parties expected to hold a public event on Sunday.