It's official: Canada will go to the polls Oct. 19

Stephen Harper triggers an 11-week campaign, stating that it will be about 'the economy, security and the environment'

OTTAWA – Canada faces a “critical decision” about its best way forward, Stephen Harper said Sunday as he triggered what promises to be one of the longest, most expensive and most bitterly fought election battles in the country’s political history.

He wasted no time trying to frame the so-called ballot-box question.

“I will be asking Canadians for their support to continue to deliver sound economic management and to take the difficult decisions necessary to protect our country’s security.”

Related: Transcripts of what the leaders said as #elxn42 launches

A national election “is not a popularity contest,” he added — presumably a reference to Liberal Leader Justin Trudeau, who now has just 11 weeks to silence those critics who have long accused him of being more sizzle than steak.

Heading into the campaign, the Conservatives find themselves lagging behind Tom Mulcair and the NDP in the polls, with the Liberals running third. But make no mistake: for the first time since anyone can remember, all three main parties have a legitimate shot at forming a government after Oct. 19. 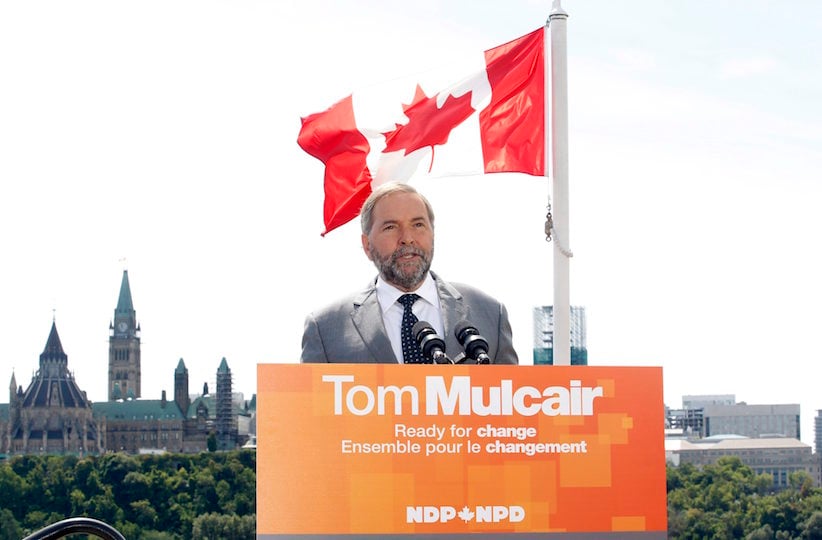 Across the Ottawa River in Gatineau, Que., with the emblematic Peace Tower looming in the distance, Mulcair called for change on Parliament Hill after nearly a decade of Conservative rule.

“Wages are falling, incomes are stagnant and household debt is skyrocketing … middle class families are working harder than ever but can’t get ahead,” Mulcair said.

“The economy has shrunk in each of the last five months and many are claiming that Canada is already in another recession … clearly, Mr. Harper, your plan isn’t working.”

Related: Read issue primers on the 12 topics that will dominate the campaign 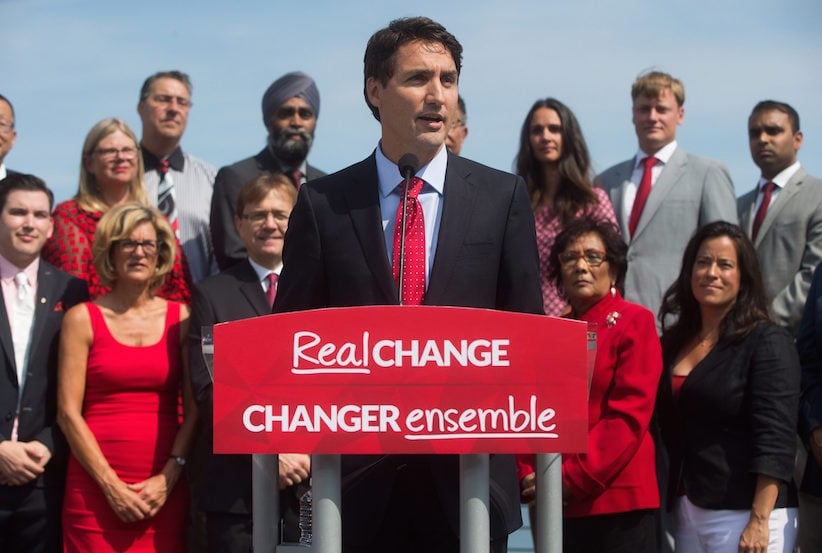 Liberal Leader Justin Trudeau speaks during his election campaign launch in Vancouver, B.C., on Sunday August 2, 2015. A federal election will be held on October 19. THE CANADIAN PRESS/Darryl Dyck

In Vancouver, Trudeau accused the Conservatives of planning to grow the economy by making “wealthy people wealthier.” The election, he said, is about which party can give middle class Canadians a real and fair chance to succeed.

“You want change that works for you,” Trudeau said.

In addition to being the longest campaign in more than a century, it promises to be the costliest ever, with taxpayers contributing hundreds of millions of dollars to help Elections Canada oversee the vote, and rebates to the parties for every dollar they spend.

Combined, the parties could spend more than $53 million on their national campaigns, and candidates on average about $214,000 — more money than they’ve ever been allowed to spend before.

The increase in spending limits — up from about $25 million for parties and $101,000 on average for candidates — is a result of the Conservative government’s Fair Elections Act, which upped the spending limits for every day a campaign runs beyond the traditional campaign period of 37 days.

Related: The implications of an early election call

Harper said he called the campaign earlier than usual because his rivals were already campaigning, and doing it on the public dime.

It’s important, he said, “that the money come from the parties themselves, not from the government resources, parliamentary resources or taxpayer resources.”

He also acknowledged that his party was on the best financial footing to run an extended campaign, sitting on significantly more cash than the NDP, Liberals, Greens or Bloc Quebecois.

Related: The possible paths to victory in 2015

“What we do by calling this campaign is making sure we are all operating within the rules and not using taxpayers’ money directly.” 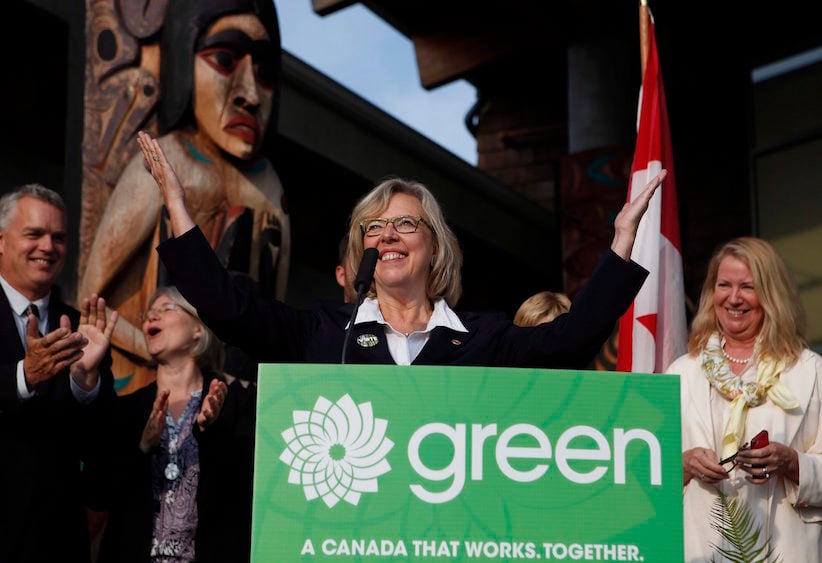 Elizabeth May, Leader of the Green Party of Canada, along with Green candidates and supporters, kicks off her election campaign from the Mary Winspear Community Centre in Sidney, B.C., Sunday August 2, 2015. THE CANADIAN PRESS/Chad Hipolito

Green party Leader Elizabeth May, speaking in Sidney, B.C., chastised Harper for setting up an unfair system that would cost taxpayers “tens of millions of dollars” and give the Tories an unfair advantage.

Canadians “deserve MPs who put Parliament ahead of party” and can set aside “hyper-partisanship for citizenship,” May said.

His party has used its bulging war chest to deliver attack ads against Trudeau for months, including ever-present radio and TV spots that describe the Liberal leader as “just not ready” to be prime minister. Liberal insiders admit they’ve been effective, contributing to the Liberals’ slow decline in the polls to third place from their front-running status over the previous two years.

NDP insiders have also suggested they were happy for Harper to focus on Trudeau, hoping it would push voters to the official Opposition, which has set it sights on improving on its breakthrough electoral performance in 2011.

Late Friday, the Conservatives suddenly turned their sights on Mulcair with similar attack ads depicting him as an unethical, opportunistic “career politician.” Having helped drive Liberal support to the NDP, they’ve now evidently decided they need to blunt Mulcair’s momentum as well.