Scott Feschuk on the Prime Minister's global diplomacy tips, including 'never admit you may have made a mistake' 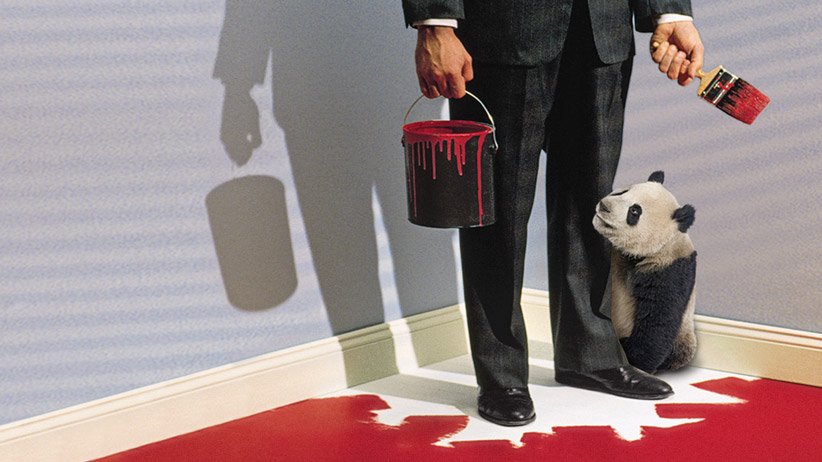 TV shows like House of Cards make international diplomacy look tricky and nuanced. But it’s easy when you do it the Stephen Harper way! Just follow these four guidelines:

In fact, be more than assertive; be aggressive to the point of recklessness. It’s important not to feel constrained by tired, old concepts like “respectful statecraft” or “getting results.”

Yes, some experts and all dictionaries insist that diplomacy is the art of dealing with people and governments in a sensitive and effective way. But that requires patience, co-operation and an inside voice.

Instead, take it from the Prime Minister: Bold colours and broad strokes are the way to go. And when you inevitably paint yourself into a corner, just be like Steve and pretend that’s where you wanted to be all along. LOVE IT HERE! BIG FAN OF RIGHT ANGLES!

Doubtful that big and brassy is the right approach? Consider the masterful way in which the PM handled the dominant Canada-U.S. issue of his tenure: the proposed Keystone XL pipeline.

Harper: I won’t take no for an answer!

Sure, in the short term, Harper’s bullying act contributed to the rejection of a much-needed pipeline. And it alienated a key ally, with whom Canada has achieved almost nothing of consequence during Harper’s nine years in power. But, over the long term, we can totally decorate this little corner of ours with cool posters and stuff.

According to one of our former ambassadors to China, the Harper government’s diplomacy with Beijing has been “naive and pliant.” Former foreign affairs minister John Baird, in particular, came under criticism for growing “unusually close” to the Chinese ambassador—and disclosing Canada’s diplomatic tactics without getting useful information in return.

I know what you’re thinking: Has John Baird never seen a movie? Rival ambassadors are always up to no good—especially when they happen to be Chinese or Russian or Romulan. But in real life, trusting everyone is definitely the way to go. On one hand, the Chinese ambassador was probably playing Baird from the start and plotting five moves ahead at all times. But on the other hand, we scored, like, two pandas from those guys. Check and mate.

We’re told that actions speak louder than words. But do you know what speaks louder than inaction? Words! Ukraine is an example I’ve written about before. For months, the Harper government has been vowing to “stand with” or “stand alongside” or “stand behind” the people of Ukraine. As spring approaches, Canada can now officially boast that no country has metaphorically placed itself adjacent and/or perpendicular to more Ukrainians. Your move, Putin.

When a Somali terror group identified a Canadian mall as a potential target, traditional diplomacy demanded that the government calmly gauge the threat level, adjust intelligence and security resources as needed, and reassure Canadians that vigilance is being maintained.

Harper’s party went a different way: They snagged a photo of a masked terrorist, stuck it next to the logo and GPS coordinates for West Edmonton Mall and invited Canadians from coast to coast to freak the hell out. The clear message: The terrorists are coming for you—and there are not enough closets for every Canadian to hide in. CLICK TO SUPPORT THE CONSERVATIVE PARTY IF YOU WANT TO LIVE.

The Tories took some flak—but they were unmoved. “What we are trying to do is keep Canadians safe,” said one MP. And security experts are unanimous: Nothing protects Canadians better than making Mom antsy about going to Bed Bath & Beyond.

The Conservatives are all in on scare tactics. Here’s the PM’s current stump speech in a nutshell: Canada is the greatest country in the world—unless you guys elect that Liberal hair pile, in which case the economy will collapse, murderers will go free after 15 minutes of good behaviour and terrorists will win all the cool prizes in Roll Up the Rim.

In Stephen Harper’s world, the only thing we have to fear is everything.

Related: How Stephen Harper is betting on the politics of fear