It isn't just Mike Duffy and Ray Novak, says Paul Wells. It's about the Conservatives' style of government. 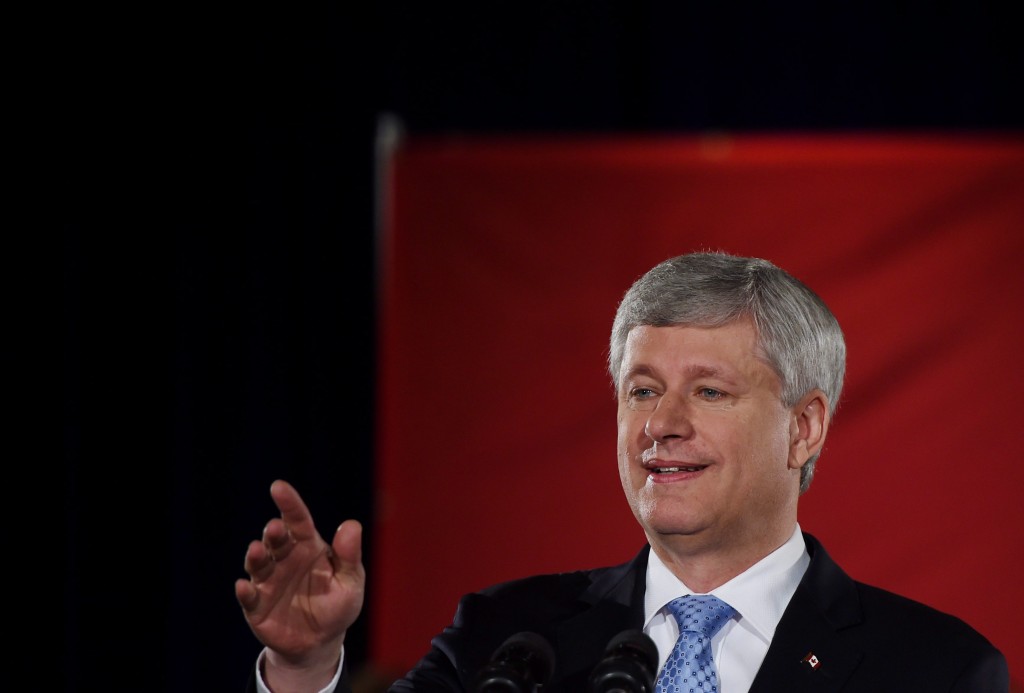 “I’m certainly not going to comment on an ongoing court case,” Stephen Harper said this morning in London during his daily, and mercifully brief, interrogation at the hands of travelling reporters. “But all of the facts certify exactly what I’ve said.”

The court case, of course, is Mike Duffy. A cottage industry has sprung up in the land—a loose affiliation of lawyers and reporters—dedicated to establishing and spreading the news that the facts really don’t certify what the Prime Minister has been saying. The nexus of incredulity is centred in the person of Ray Novak, Harper’s discreet and amiable chief of staff, who travels with the Conservative leader but does not speak, at least to anyone in my line of work, and who—if we are to believe everything that has been said about him in the past 10 days by Duffy trial witnesses, Harper himself, and Harper’s chief spokesman Kory Teneycke—is some kind of human singularity. Laws of physics break down when he is near.

Related: Our 2010 profile of Ray Novak

There was an email, you see, from Novak’s predecessor, Nigel Wright, to Novak, that Novak never read. There was a conference call in which he participated, but he didn’t hear the most important part of the conversation. There was a meeting at which the government’s own lawyer saw Novak, whose appearance is distinctive, and noted his reactions—but Novak wasn’t there. He’s like the hitchhiker in the Twilight Zone episode. If you tried to touch him, your hand would pass right through. No wonder Harper likes him so much.

After Tuesday’s extraordinary courtroom exchanges between Donald Bayne and Nigel Wright, many reporters wondered how Harper would handle the news that a witness normally friendly to his government’s goals—the Prime Minister’s own former legal counsel, Benjamin Perrin—had told police he saw Novak at a meeting where Wright’s personal payment to Mike Duffy was discussed. Perhaps Novak would be dismissed from Harper’s staff before dawn. Perhaps the Conservative leader would simply implode. No such dénouement presented itself today, for to say Harper is gifted at stonewalling is to flatter stone walls. He replied, in the manner of René Magritte, Ceci n’est pas un really big political problem. All of the facts, he said, certify exactly what he’s said.

Here, I want to put in a good word for Angry Yelling Conservative Guy, who called two reporters “lying pieces of s–t” after Harper’s Toronto event yesterday and who made a zero with his fingers—at least I think it was a zero—to express his estimation of the significance of the entire Duffy scandal. Duffy is “a nothing,” he said. I disagree, but Angry Yelling Conservative Guy is hardly the only person I know who’s made the same point. And it’s defensible two ways. First, as Colby Cosh has valiantly argued, at the end of the whole Duffy mess, the Canadian taxpayer was not out any money, and Nigel Wright was. In the middle of the story, there’s a sum, about $90,000, that surely ranks as chump change against the worst of previous public scandals, especially the sponsorship scandal of the Chrétien years. And the motive of the sponsorship scandal was nasty: to use a national-unity crisis as the pretext to funnel a large number of millions of taxpayer dollars toward crooked self-promoters in Quebec so they could pay themselves commissions for bogus events and kick back part of the cash to the Liberal Party of Canada, in an infinite supply loop.

So there’s a sense in which Angry Yelling Guy and Colby Cosh, if they really are two different people, have a point: In its dollar value, the Duffy mess fails a scale test. But they have another kind of point, which not all readers will buy. Indeed, I know most won’t. But this point is taken as gospel by everyone around Stephen Harper.

Related: The Duffy affair: Where precisely is the beef?

Angry Yelling Guy’s point is that any system organized to keep Stephen Harper in power protects the Canadian taxpayer, because Stephen Harper runs a government that does less and costs less than whatever the Liberals and New Democrats would come up with. This is, essentially, the Nigel Wright perspective: that rules are to be respected, sure, but only insofar as they are compatible with the Conservatives’ continued electoral dominance. Not because Conservative victory serves the squalid goal of in-group cronyism, but because it serves (what Wright and Angry Yelling Guy see as) a higher goal: the protection of a limited federal state against the would-be architects of a bloated and overreaching federal state.

We saw that perspective in emails the RCMP released in late 2013, in which Wright expressed exasperation at a Senate staffer named Chris Montgomery, who wanted a bunch of silly rules to be followed.

“Chris simply does not believe in our goal of circling the wagons,” Wright complained in one email. “Because of this lack of buy-in, it was impossible to discuss meaningfully the parliamentary strategy.”

The “goal of circling the wagons,” you see, was a beautiful goal, because it preserved a better government against its assorted tormentors: rules; reporters; taxes; political parties representing, in the aggregate, a majority of voters.

It was the “goal of circling the wagons” that led Wright and three subordinates, Joanne McNamara, Chris Woodcock and Patrick Rogers, to write a perfectly astonishing memo to Harper in March of 2013, complaining that the Senate was acting as an independent deliberative body. Which, of course, it is supposed to be, and which Harper has always insisted it is. “What we see is a laissez-faire system that requires constant direction, supervision and follow-up from your office [the PMO] to ensure that government messaging and direction are followed,” the quartet of senior PMO advisers wrote. I admit I was surprised to read in the memo that Sen. Marjory LeBreton “does not embrace the work of [the PMO] to bring communication and direction with the Senate closer to the model that we have with the House Leader and the Chief Government Whip.” I always had the strong impression that LeBreton would embrace whatever she was told to. But partial or sporadic servility wasn’t enough in Wright’s eyes: Conservative senators had to be as dedicated to “our goal of circling the wagons” as everyone else. Perfect discipline in pursuit of a perfect goal.

Seen this way, there is no real difference between the Stephen Harper who sat down in London this morning for a gentle on-stage interrogation on economic matters by Dan Kelly of the Canadian Federation of Independent Business, and the Harper who stood up moments later for his daily grilling at the hands of the CBC’s Hannah Thibedeau, CP’s Kristy Kirkup and CTV’s Laurie Graham.

“And that’s why,” he didn’t tell the travelling reporters, though I believe he believes it, “your stupid questions about what Nigel told Ray about Duffy couldn’t more completely miss the point.”

The question now is whether Canadians agree with Harper.

Many often have. And indeed, I’m quite sure that, even today, the fascination for the minutiae of Ray Novak’s 2013 timetable is higher among lying pieces of s–t like me than it is among many voters. But there is an implicit tradeoff in the Wright perspective: that “our goal of circling the wagons” is worth it, and will be understood by a workable coalition of Canadian voters to be worth it, because it protects the Harper mode of government in general.

And the Harper mode of government in general is having a bad time of things lately. A new Abacus poll shows: the Conservatives seven points behind the NDP; negative perceptions of Harper at their highest point in 17 months; and positive perceptions at their lowest in a year. The portion of Abacus respondents arguing it’s “definitely time for a change” is up six points since last month. Compared against Trudeau and Mulcair, Harper scores seven points lower than the next-lowest leader on who has “good ideas;” 13 points lower on who’s “ethical;” 15 points on who’s “honest;” 15 points lower on who’s “accountable;” 10 points lower on who “understands people like you.”

Harper picked the moment of this campaign and, before it began, his government announced $14 billion in spending commitments. In both of his previous campaigns as an incumbent Prime Minister, the early days of the campaign began with polls showing a noticeable uptick in support for Conservatives. There’s been no such uptick this time. Harper believes the question of Ray Novak’s whereabouts is secondary to all the things he came into politics to accomplish. And he’s right. Three weeks into this campaign, what’s in jeopardy is everything he came into politics to accomplish.