Storms, floods to cost feds $900M a year over next 5 years 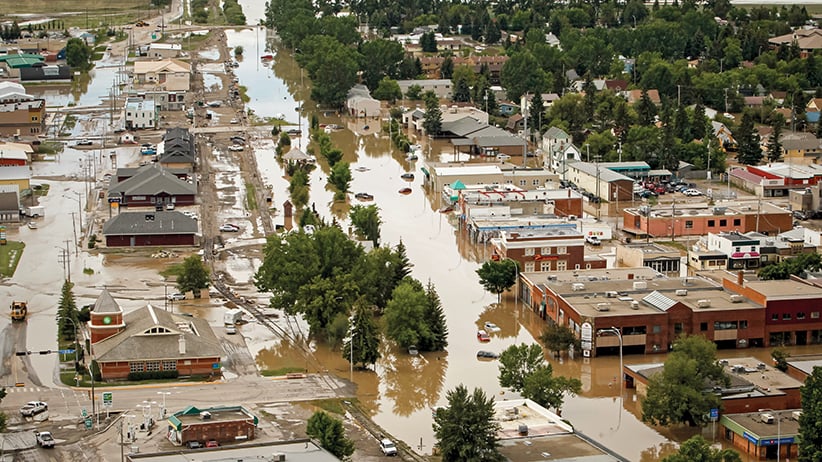 OTTAWA — Storms, hurricanes and floods driven in part by climate change will cost the federal disaster fund $902 million a year over the next five years, well above past averages, the parliamentary budget officer predicted Thursday.

The latest report from the office of Jean-Denis Frechette said the federal Disaster Financial Assistance Arrangements can expect to spend $229 million a year to deal with damage from storms, with floods adding another $673 million a year.

The report says climate change is likely a factor in the intensity of Prairie flooding.

“The warming in the Arctic has been associated with persistent weather systems in the mid-latitudes as well as extreme weather events,” the report said.

“Consistent with this, multiple-day rain events have significantly increased in the Prairie provinces and in the Rockies. The recent record setting multiple-day rainfalls in southeastern Saskatchewan in 2010 and 2014 are likely examples.”

The disaster fund reimburses the provinces and individuals for expenses and damages resulting from disasters, be they natural or man-made.

The high costs of flooding are partly due to the lack of flood insurance at reasonable cost for individuals in Canada, as well as problems with floodplain regulations on the Prairies, which account for most of the disaster costs over the last 10 years.

“The Prairie provinces face regulatory challenges of reduced enforcement and compliance when floodplain management is the responsibility of municipalities,” the report said.

“Furthermore, Saskatchewan has unlicensed drainage of wetlands that increases peak flows during floods and Alberta appears to have inaccurate flood maps. Furthermore, in creating flood maps, Alberta does not take into account rising groundwater and debris floods on steep mountain creeks.”

Over the last 20 years, the annual cost of weather disasters has risen sharply.

The report attributes the increase in costs to an increasing number of large weather events with greater intensity.

For example, in addition to a number of small events, the country has seen some major disasters over the last four years:

— Heavy rains in June 2014 in Saskatchewan are expected to cost the disaster fund $160 million.

— Floods in southern Alberta and southeastern British Columbia flood of June 2013 with forecast costs of $1.437 billion.

— The Assiniboine River flood in Manitoba of 2011 which was contributed to by the flood that spring in Saskatchewan, with disaster fund costs of $524 million for Manitoba and $245 million for Saskatchewan.