As Canada's longest-serving chief justice, McLachlin's time at the court has seen a number of groundbreaking decisions 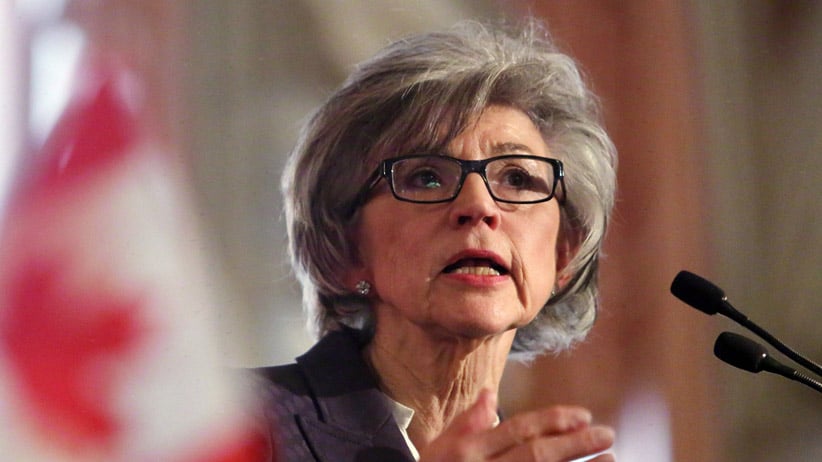 Chief Justice Beverley McLachlin is stepping down from the Supreme Court of Canada in December after 28 years on the court, including almost 18 years as chief.

McLachlin, 74, is the first woman to hold the top job on the high court and is also Canada’s longest-serving chief justice. She will leave Dec. 15, about nine months before her legally mandated retirement on her 75th birthday in September 2018.

She was sworn in as a justice of the Supreme Court in 1989 and was appointed chief justice 11 years later.

Her time at the court has seen a number of groundbreaking decisions, including a series of rulings that strengthened indigenous rights as the justices gradually entrenched the notion that governments have a duty to consult and accommodate aboriginal people before making decisions that could affect First Nations.

In recent years, the court ruled on the country’s prostitution laws and the concept of physician assistance in dying.

McLachlin and the Supreme Court delivered a series of stinging rebukes to the government of former prime minister Stephen Harper.

The court ruled the Harper government could not use Parliament alone to impose Senate term limits, allow consultative elections for senatorial candidates or abolish the upper chamber. The justices later supported Vancouver’s controversial Insite safe-injection facility and overturned a Conservative sentencing law that was part of the government’s law-and-order regime.

The court also shot down Harper’s appointment of Marc Nadon of the Federal Court to its ranks, saying he didn’t meet the criteria. The ruling said that Quebec appointments to the court had to come from the sitting judges on the Quebec Court of Appeal or Superior Court, or from the Quebec bar.

“Chief Justice McLachlin’s judicial accomplishments are unparalleled in Canadian history,” Prime Minister Justin Trudeau said Monday in response to her retirement announcement. “She has been a judicial leader and trailblazer for almost four decades. She is one of Canada’s very finest jurists.

“After 28 years at the Supreme Court of Canada, her contributions reach into every part of our law.”

He said the country owes her an immense debt.

“She has entirely solidified her place in our country’s history and in our legal history,” the minister said.

Wilson-Raybould wasn’t prepared to discuss what the government will look for in a successor, saying that is a matter for another day.

“Today is a day to celebrate her legacy, what she’s contributed to our country and its evolution.”

In recent major cases, the court tackled the issue of delays in the legal system, which in some instances have led to charges being dropped.

This ties into another of McLachlin’s concerns: access to the courts.

“Access to justice in Canada remains a serious problem that imperils the public’s confidence in the justice system,” she said in a speech to the Canadian Bar Association last summer.

“Rules and procedures are still, sometimes, more complicated than they should be, causing unnecessary delays. Financial barriers continue to thwart access to justice. The low level of funding for legal aid leads litigants to appear in courtrooms without the support of counsel, placing unfair burdens on courts, the litigants, the bar and, ultimately, the public purse.”

As chief justice, McLachlin encouraged better understanding of the law. She worked to reduce the number of voices in the court’s decisions, to improve clarity and certainty. She promoted better relations with journalists, offering media lockups which allowed reporters to get fuller explanations from senior court officials about important rulings.

McLachlin grew up in Pincher Creek, Alta., and was educated at the University of Alberta, where she earned a BA and MA in philosophy and a law degree.

In April 1989, she was sworn into the Supreme Court of Canada and became chief in January 2000.

She has been a prolific author of decisions, essays and articles in a wide variety of publications.