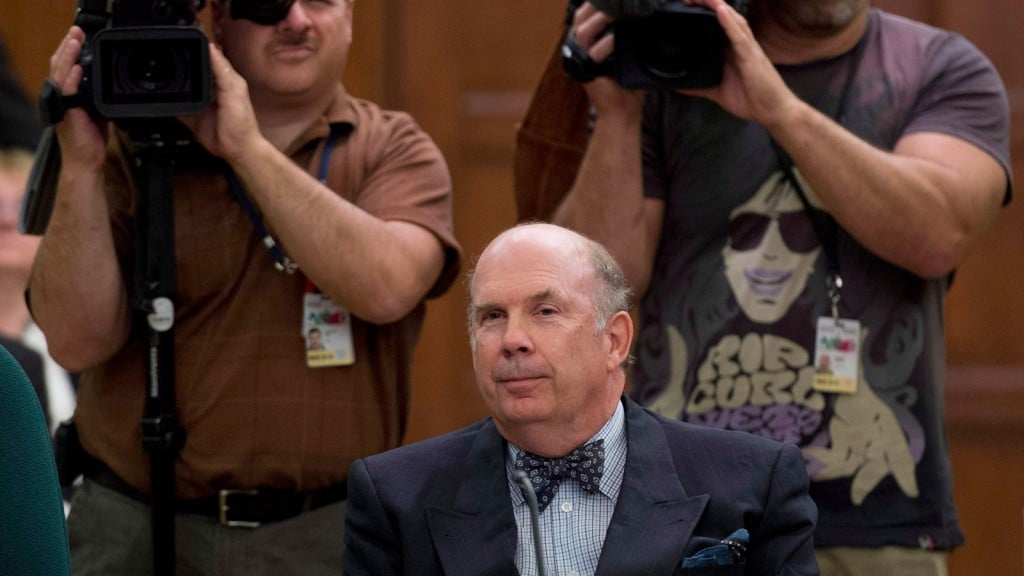 OTTAWA – The Supreme Court of Canada delivered a stinging and unequivocal rebuke to the Conservative government Friday as it rejected Prime Minister Stephen Harper’s latest appointment to the high court’s ranks by a 6-1 margin.

The court said that Marc Nadon, the semi-retired Federal Court of Appeal judge from Quebec, is not eligible to sit on the court because he does not meet the specific requirements for the jurists appointed from that province.

The high court also struck down a key feature of the Conservative bill that last year amended the Supreme Court Act.

Rocco Galati, the Toronto lawyer who first challenged the Nadon appointment, welcomed the court’s decision, but said it shouldn’t have fallen to an ordinary citizen to raise the issue.

“When I started this I was very, very clear and convinced that I was right and that this was as clear as a bell to me,” Galati said in an interview from India, where he is travelling.

“In the main, I think it’s a good decision, particularly on the larger issue of the constitutionalization of the court. I’m very happy about that.”

“That’s why I put my personal time, energy and put frankly a lot of money into this that I’ll never get back in order to clean up the government’s mess.”

“The fact that the court has recognized that … the government cannot alter the composition of the court without constitutional amendment, I’m very happy about that as a constitutional lawyer.”

The court said Parliament cannot unilaterally change the composition of the Supreme Court because its essential features are constitutionally protected under the Constitution Act.

Nadon was declared ineligible because he came from the Federal Court and did not meet the criteria of either coming from the Quebec Superior Court, the Quebec Court of Appeal, or being a current member of the Quebec bar.

The court’s opinion affects only Quebec appointments, which means there is no impact on current Supreme Court Justice Marshall Rothstein of Manitoba, whom Harper appointed from the Federal Court of Appeal in 2006.

“The narrow question is thus whether he was eligible for appointment because he had previously been a member of the Quebec bar,” said the ruling, which — in a rare occurrence — was formally written by all six judges in the majority.

“In our view, the answer to this question is no: a current judge of the Federal Court of Appeal is not eligible for appointment.”

The only dissenter was Justice Michael Moldaver, a Harper appointee from Ontario.

The high court said the government did not have the authority to amend the Act, saying “the unanimous consent of Parliament and all provincial legislatures is required for amendments to the Constitution relating to the ‘composition of the Supreme Court’.”

Harper’s decision in September to name the 64-year-old Nadon has been controversial from the outset.

The court said Nadon’s appointment was void and that he never actually became a member of the court. Nadon retains his status as a supernumerary Federal Court judge.

The court did not address the hypothetical question of whether Nadon could resign as a judge and go back to Quebec and reactivate his status as a lawyer to meet the eligibility requirements.

“We note in passing that the reference questions do not ask whether a judge of the Federal Court or Federal Court of Appeal who was a former advocate of at least 10 years standing at the Quebec bar could rejoin the Quebec bar for a day in order to be eligible for appointment to this Court under Sec. 6,” the court said Friday.

“We therefore do not decide this issue.”

The court’s decision comes as Harper departs Canada for a week-long European trip that will take him to Ukraine on Saturday.

Friday’s opinion represents a serious political rebuke to the prime minister and will have implications for the next Quebec vacancy that opens up later this year when Justice Louis LeBel reaches the mandatory retirement age in November.

The case could also resonate on the Quebec provincial election trail.

Nadon had been strictly quarantined from the eight remaining justices and stayed away from country’s highest courthouse.

Rothstein recused himself from the case, but gave no public reasons for doing so.

Rothstein’s Manitoba credentials were based on a legal career in the province from 1966 to 1992 when he was a partner in a law firm and a lecturer in transportation law at the University of Manitoba. He was appointed to the Federal Court trial division in 1992.

Friday’s opinion was unusually swift after the court heard arguments in January.

Galati argued there was no “constitutional imperative” to extend eligibility to “every single lawyer in the country” to be a candidate for the Supreme Court.

The federal government argued that interpreting the Supreme Court Act to bar any Federal Court judge from being appointed to the top court would reduce the already small pool of qualified judges.

The Supreme Court had no issue with reducing that pool.

“By specifying that three judges shall be selected from among the members of a specific list of institutions, Sec. 6 requires that persons appointed to the three Quebec seats must, in addition to meeting the general requirements of Sec. 5, be current members of these institutions,” the court said Friday.