Surprise! Guess who can't afford to buy a house in Vancouver?

Politics Insider for Jan. 31: A Harper-era Tory rebuilds a coalition, a homebuyers incentive falls flat in hot markets and the PM visits Montreal 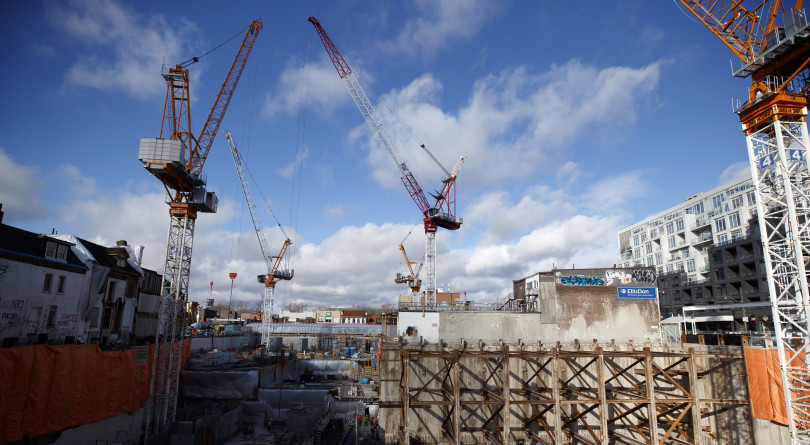 Ken Boessenkool was once a senior campaign advisor to Stephen Harper, and also a co-author of the infamous 2001 “firewall letter” to Ralph Klein that advocated for a stronger Alberta within Canada. Boessenkool was there as Harper’s Conservatives rose to power. Yesterday, he distilled that winning coalition over at CBC Opinion.

Tories won key 905 ridings when they appealed to the right voters and, importantly, the NDP was at its strongest. Those gains delivered a majority win. A weak NDP, writes Boessenkool, requires a new strategy. Conservatives have to win 10 per cent more 905 votes and sacrifice none. Easy-peasy.

A first in D.C.? It’s been 15 years since Canada’s ambassador in Washington was promoted from the ranks of career diplomats. David MacNaughton, Gary Doer, Michael Wilson and Frank McKenna were all political types. Michael Kergin was the last public servant to get the job. (And before Kergin, Jean Chrétien appointed his nephew Raymond). Now, Justin Trudeau is facing apparent pressure to replace MacNaughton with Kirsten Hillman, the outgoing ambassador’s deputy and a trusted hand on sensitive trade files. Hillman would be the first woman to hold the coveted post.

Ontario’s Financial Accountability Office has the goods on the province’s economic growth in 2019. The good news is unemployment is low, wages are growing and more people are in the workforce. The bad news is the top-line numbers, as ever, don’t tell the full story. Toronto has sucked up the lion’s share of growth, which is uneven across Ontario. Peterborough, Thunder Bay and St. Catharines-Niagara all saw employment declines in 2019. [The FAO report]

Not enough incentive: iPolitics reports on new numbers tabled in Parliament that will surprise very few wannabe young homeowners in overheated real estate markets. The first-time homebuyers incentive launched by the feds last year was popular in Montreal (654 applications), Edmonton (447) and Calgary (260). But all of Ontario combined for 436 applications, with a scant 148 coming from Toronto. Vancouver managed 45. Victoria clocked in at a scant—wait for it—five.

Sacked: The Senate of Canada’s crafty wordsmiths tell the tale of an historic woolsack that for decades had the best seat in the house for throne speeches. Back when there were only seven Supreme Court justices, they’d get cozy on the marginally comfortable cushion, facing all directions like awkward petals on a squat flower. When the judges’ ranks increased by two, the sack was too cozy—and banished from the chamber. But the upper house has kept it safe in a Gatineau warehouse. It looks glorious.

Dominic LeBlanc, a longtime cabinet minister who took some time away from work to undergo cancer treatment, tweeted yesterday that he was back on the job. He was pictured alongside Defence Minister Harjit Sajjan and Justice Minister Marco Mendicino. [And another photobombing cabmin]

This morning, Minister of Families Ahmed Hussen is at the Little Miracles Child Care and Learning Centre in Markham, Ont., where the local MP happens to be a Conservative named Bob Saroya. Hussen will announce the Liberals are “improving the Canada Child Benefit,” which will likely translate to “give parents with kids more money every month.”

Trudeau’s pro-NAFTA tour continues. Yesterday he touted the renegotiated deal with auto parts manufacturers in Brampton, Ont. This morning, the PM is in Montreal, where he’ll visit Peerless Clothing. The 101-year-old suitmakers credit the original Canada-U.S. trade deal with a massive expansion in 1989. Trudeau’s remarks truly write themselves.

The PM will also stop by Maison d’Haïti, a community organization that promotes Haitian culture in Canada, and La Maison Bleue de Saint-Michel, a social centre that helps vulnerable families during and after pregnancy.

West Block visitors who take a solemn look at the Books of Remembrance will see two names on page 54 of the In Service to Canada book. Calvin Lloyd Hull and George Leslie Marshall were both test pilots assigned to an Air Force detachment near Edmonton that tested aircraft in harsh winter conditions. Hull and Marshall both died in accidents eight days apart in 1954. They were both 32 years old, and both flew over Europe in the Second World War.