Maclean's is your destination for the 2015 election. Start with our detailed primers on the campaign's big issues, including taxes

TALKING TAXES IS A POLITICAL COMPULSION

MPs said the word “tax” 2,617 times in the House of Commons over the first six months of 2015, and more than 20,000 times since the last election. Conservatives make hay out of the number of tax cuts they’ve introduced since 2006; 180 is their most recent claim. The NDP talks mostly about increasing corporate taxes, and Liberals hope to shift income taxes so the middle class pays less.

Conservative:  They’ve spent nine years baking credits and rebates into the tax code—including children’s fitness, public transit and volunteer firefighter measures—that reduce income-tax bills each year. Last fall, Harper announced his $2.2-billion “Family Tax Cut” policy for couples with kids, a tax credit worth up to $2,000, calculated by letting the higher-earning spouse transfer up to $50,000 of income to the lower-earning spouse, so it’s taxed in the lower bracket. After years of mainly niche measures, it’s the first really major populist tax cut since those early GST reductions.

—Launch a home-renovation tax credit that could be worth $600 a year for households—and will end up costing the feds $1.5 billion a year

—Raise the limit for tax-free withdrawals from RRSPs for homes purchases to $35,000—up from the current $25,000

—Legislate a “tax lock” that prohibits increases to sales, income or payroll taxes for four years

NDP:  The party’s proposed tax measures attempt to dispel traditional criticism that the party has no fiscal discipline and that it hikes taxes to pay for lavish spending. Thomas Mulcair has committed to not touching personal income tax, even for the wealthy, but he has pledged to cut the small business tax rate from 11 to nine per cent. He’s also promised to raise corporate tax rates, though he’s offered no specific proposals.

Liberal:  Justin Trudeau promises to trim the tax rate on income between $44,700 and $89,401 to 20 per cent from 22.5 per cent, cutting taxes paid on earning in that range by about $3 billion. (The cut yields far bigger tax savings to earners near the top of that income range than to those at the low end.) He’d pay for it by hiking the rate on Canadians making more than $200,000. Trudeau regularly dismisses Tory proposals, including income-splitting, as only helping the wealthy—not the middle class, which he says needs a bigger break.

Green:  Greens believe in a fundamental overhaul of Canada’s taxes, including the elimination of boutique tax credits introduced in recent budgets, income-splitting, and the Universal Child Care Benefit. The party would reduce the small-business tax rate to nine per cent, raise the corporate tax rate to 19 per cent by 2019, consider an increase to the GST/HST, make all tax credits refundable, consider a tax on estates worth $5 million or more, and close loopholes on offshore tax havens. The party would also merge a number of social-security programs into a consolidated Guaranteed Liveable Income. 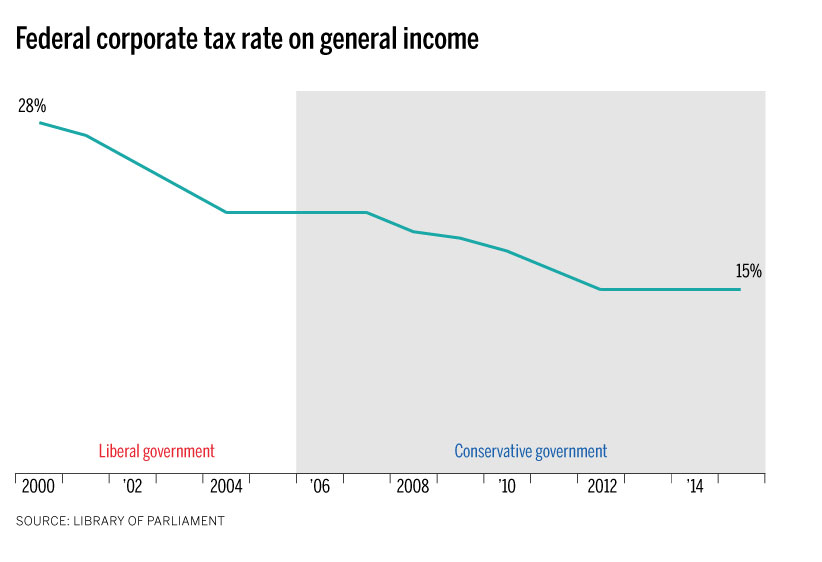 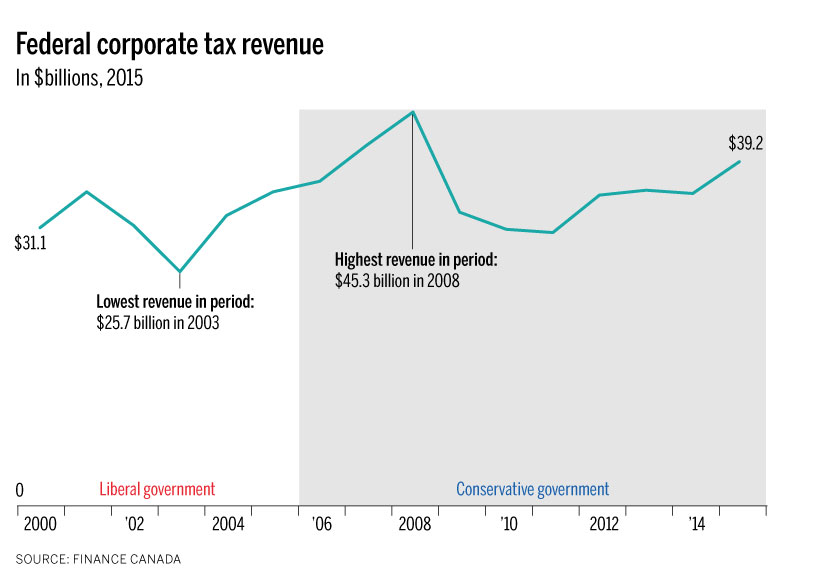 “This election’s main debate is about how you best ensure families have the resources to raise their children in order for them to be productive members of society. Our tax system looks to ensure that the burden of personal income taxation is apportioned in an equitable manner based on ability to pay. Income, however, is often a poor determinant of ability to pay. Families with children incur significant costs, which impede their ability to pay—and these costs have to be acknowledged and represented through the tax system in order to maintain fairness.”
—Lindsay Tedds, University of Victoria economics professor

“Tax dollars represent not just a drain on our pockets but constitute the backbone of an efficient and humane society: enforceable contracts, policing and fire protection, schools and universities, highways and ports, food and drug safety, medical care and hospitals, and support for our most vulnerable citizens. We often compare Canadian taxes to the somewhat lower levels in the US, but fail to recognize that our tax burdens are significantly lighter than in most other advanced economies. When politicians tempt us with tax cuts, we should always compel them to level with us about what public services and benefits they propose to sacrifice.”
—Rhys Kesselman, Simon Fraser University professor