There's no you in Team Trudeau

Paul Wells: In all of Trudeau's behaviour since the election it's hard not to notice a habit of mind and a pattern of behaviour 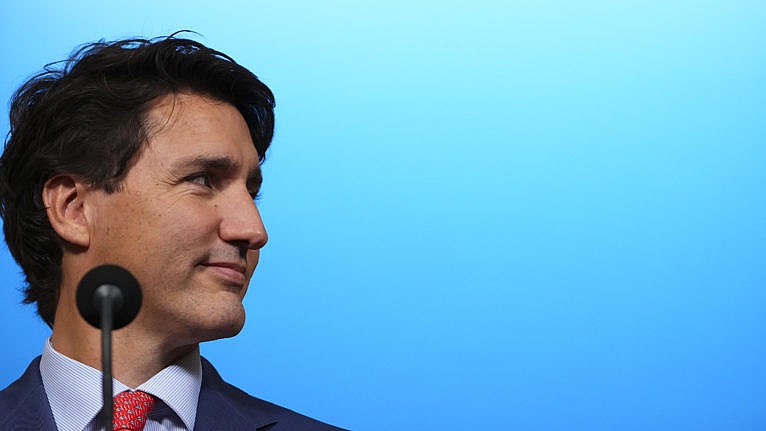 Trudeau takes part in a press conference with the Prime Minister of the Netherlands Mark Rutte in The Hague, Netherlands, on Oct. 29, 2021 (Sean Kilpatrick/CP)

So it turns out that when Justin Trudeau kicked all the senators out of the Liberal caucus, he was just getting warmed up.

On Monday the Prime Minister will meet with the Liberal caucus for the first time since the 2021 federal election. It has been a while—long enough for the NDP and Conservative caucuses to meet twice, for the Bloc caucus to meet three times, and for every member of the Green Party to have sued at least one other member. Seven weeks will have separated Liberal triumph from Liberal reunion.

The Trudeau snub of the people who, in many cases, campaigned with “Team Trudeau” written on their lawn signs is so obvious and extended that some of them have been complaining to the papers, a rare development. (This story from the Hill Times features MPs touchingly blaming “the leadership” for their ostracism, which is what MPs do when they’re too timid to blame the leader. Who hires the leadership?) Of course, the articles I’ve linked also feature MPs explaining why they would never complain to the boss in front of their caucus colleagues. “The leadership” doesn’t like that sort of thing, apparently. What’s the word for people who complain that a situation is intolerable even as they prepare to tolerate it? “Sources,” I suppose.

MORE: With his cabinet shuffle, Trudeau floods the zone

Meanwhile the Prime Minister shuffled his cabinet. Marc Garneau’s fate has drawn a lot of attention. He held a senior cabinet post when he ran for re-election and, by all accounts, expected to keep it. Instead he’s out of cabinet, replaced as foreign minister by Mélanie Joly. Such moves are entirely the Prime Minister’s prerogative. He owes nobody any explanation. Still, we get to notice when he does it.

Marc Garneau earned a PhD in engineering, studying in London, at the age of 24. He was younger when he flew into orbit than the future Prime Minister would be when he waltzed into Parliament. Garneau’s record of earned achievement would beat most other parliamentarians’. It’s not much of a stretch to say Garneau taught Trudeau everything he knows about foreign policy: in 2014 and 2015 he co-chaired, with retired army general Andrew Leslie, a Liberal committee on foreign affairs that was designed to bring the new leader up to speed on world issues and help the party figure out its policies.

In January 2021 he came to his second cabinet post, after Transport, with the usual vapid hype from “the leadership” (it was actually claimed that, as a real live astronaut, he would impress Congressmen) and the usual low expectations from the boss. Trudeau’s mandate letter to Garneau was like Trudeau’s letters to Garneau’s three predecessors in that it did not contain the word “China.” It was unique in that, of the six files the letter did mention, not a single one invited Garneau to take individual initiative. He was to “work with me and in close collaboration with other ministers” on Canada-U.S. relations, with “relevant ministers” on COVID-19, to “support” Mary Ng and Karina Gould on this and that, “work with” the “support of” others on other things. At the end of 2021 the buzz in Ottawa is that Garneau was timid and reactive. At the beginning of 2021 the boss wrote to him and told him to be timid and reactive. Waiter, this dish is exactly what I ordered. Take it back.

RELATED: Trudeau sends a signal to Alberta. Cue the squirming.

Again, to some extent, so what. After an earlier awkward encounter with an earlier Liberal leader, in 2007, Garneau claimed to have no further interest in politics. His six years in cabinet constitute a pretty good bonus. Turfing him to provide a suitably robust consolation prize for Joly after François-Philippe Champagne refused to give up the Industry portfolio she wanted—because apparently that’s what happened—is inelegant, but cabinet shuffles are hard.

But in all of Trudeau’s behaviour since the election it’s hard not to notice a habit of mind and a pattern of behaviour. The Liberal caucus gets the back of “the leadership’s” hand. A senior cabinet minister gets his mandate renewed by the voters but not by the leader, an outcome that also befell Bardish Chagger and Jim Carr.

Also cooling its heels: Parliament. Five weeks lapsed between the election and last week’s cabinet ceremony. That’s the longest such delay in 21 years; cabinets are usually sworn in two weeks after an election. It will be almost another month before Parliament meets for a Throne Speech. That two-month total delay between election and Parliament is the longest in 15 years.

All in all, between the day the House of Commons rose in June for the summer and the day a new Parliament meets in November, five months will have gone by.

Partly because the government, like everyone else, is exhausted. Almost 18 months of unprecedented global catastrophe, followed by five weeks of election campaigning, is the sort of thing that can be expected to fry nerves and judgment (see Tofino). And often when we’re tired we revert to type. Justin Trudeau is a loner. He plays an extrovert on TV sometimes, but it doesn’t really fit. He lived in Canada’s most grandly isolated residence until he was 14. He moved to a remarkably similar mansion on Pine Ave. in Montreal for years after that. He’s known the press of suitors and petitioners all his life. Stiff-arming most of them has always been second nature. One of the most telling moments in his memoir comes a week after he arrives at McGill University. An old classmate from elementary school asks him whether he’s making friends. “The truth was, I didn’t know how I was going to make new friends,” Trudeau writes, “and wasn’t sure I wanted to try.”

The Prime Minister has become progressively less interested in pretending to be gregarious. And in particular, he doesn’t like Parliament and doesn’t see why he should pretend. In March 2020, three weeks into a historic lockdown, he prepared a bill that would have given the government unhindered power to raise and spend money without parliamentary oversight for two years. He backed down in the face of uproar. If he hadn’t, that carte blanche provision would still be in force.

Five months later he replaced his finance minister and prorogued Parliament for a month. Seven months after that the new minister tabled the first budget in two years—the longest delay between budgets ever.

Finally in August he became only the second PM in his own lifetime to call an election as leader of a minority government. The first was Stephen Harper, in 2008. He didn’t get his majority either. Trudeau’s stated reasons included that he couldn’t work with a minority Parliament. Canadians sent him back to a near-identical Parliament. One presumes his opinion of the place hasn’t changed.

Let’s review. Ministers ran for re-election and held their seats before learning they won’t be ministers. The Liberal caucus is kept waiting. Parliament is kept waiting. Canadians who thought they were electing a government are kept waiting. There is a pretty consistent pushing-away about it all. Which is what made me think of the strange day in 2014 when Trudeau, then the new leader of a small party, expelled every senator from the Liberal caucus.

MORE: How to make an entire country furious

It was a season of controversy for the Senate, so in a dramatic move, Trudeau cut his explicit partisan links to the Senate. There was no advance warning and no regard for the contributions of people who had, in some cases, devoted their careers to the advancement of the Liberal Party of Canada. Then as now, the move was entirely in the leader’s prerogative. Then as now, it was part of a pattern. This guy really, really needs his quiet time.

What is he planning to do with it? Aaron Wherry discerned in Trudeau’s cabinet choices “a PM in a hurry.” This isn’t necessarily incompatible with the slow walk to a throne speech and the caucus freeze-out. The government is still working while MPs outside the inner circle idle. This government has often been busy at work behind the rope line. But I was struck by this paragraph from Aaron’s column:

According to a senior Liberal source, the speed and urgency with which the government was able to operate while responding to the pandemic crisis led the prime minister to wonder whether the government could move faster and more ambitiously to deal with challenges like climate change and the housing shortage.

This sort of reasoning, cooked up in the aftermath of a campaign and in the absence of backtalk from older hands, the institutions of Parliament or even sympathetic MPs from the PM’s own party, contains the seeds of nearly unlimited mischief.

The “speed and urgency” that characterized the pandemic response had to do with the way the coronavirus went from zero to slaughterhouse in nothing flat. Climate change and housing, on the other hand, are theoretically challenges Trudeau started working on in 2015. That he hopes to become more effective on both the way he did on COVID—by twisting the SPEND knob to 11 and the ACCOUNTABILITY knob to zero—suggests he may yet leave the sort of legacy leaders wish they hadn’t left. If that happens, he won’t have Marc Garneau, the Maytag-repairman Liberal caucus, or the opposition parties to blame. The buck stops with the leadership. Which is to say, stripped of comforting euphemism, with the leader.