Teens to Trudeau: No, pot isn't easier to get than alcohol 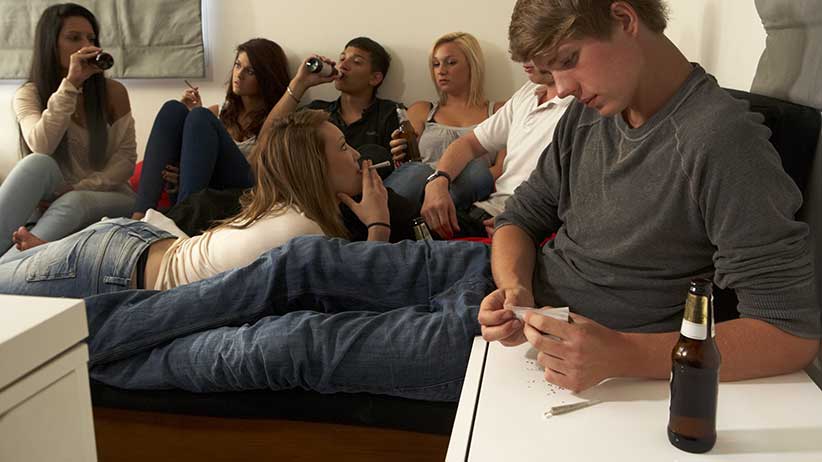 There’s a point Prime Minister Justin Trudeau often circles back to when he’s asked to explain his motivation for legalizing marijuana. “We need to make sure it’s at least as difficult for a young person to get their hands on marijuana as it is for alcohol,” he said in a typical exchange this summer on City’s Breakfast Television show in Vancouver. “Right now, it’s way easier to get a joint than a bottle of beer.”

Trudeau repeats this claim so often that it’s clear he regards it as a persuasive, real-world observation. If he’s right that it’s easier—indeed, way easier—to get illicit weed than mere beer, then presumably marijuana will also become harder for young people to acquire after he changes the law to treat pot more like alcohol. After all, as he says, “There’s no black market for beer.”

But the way Trudeau ranks the availability of the two most popular intoxicants poses a problem: teenagers don’t agree with him. By a wide margin, more of them say booze is easy to get than think weed is easy to come by. This under-examined finding comes from the authoritative Canadian Student Tobacco, Alcohol and Drug Survey (CSTADS), which probes the views of thousands of students, every two years, about the substances they use and sometimes abuse.

The survey helpfully asks about “ease of access.” The 2014-15 edition of CSTADS, which Health Canada funds and federal policy-makers rely on extensively, found that 41 per cent of students in Grades 7 to 12 thought it was “very easy” or “fairly easy” to obtain marijuana. When asked the same question about alcohol, fully 67 per cent said it is “very easy” or “fairly easy” to get. The survey was taken by 42,094 students—a huge sample—from all 10 provinces between fall 2014 and spring 2015.

Experts tend to agree with the students. Asked about Trudeau’s assertions that alcohol is far less easy to get than marijuana, Dr. Karen Leslie, who heads the adolescent substance abuse program at Toronto’s Hospital for Sick Children, said, “I don’t see on what basis that claim would be made.” Like several other leading researchers Maclean’s contacted, she pointed to studies that consistently show alcohol is far more often consumed by young people than marijuana.

According to CSTADS, for instance, 40 per cent of Grade 7-12 students reported drinking alcohol in the past 12 months, more than double the 17 per cent who said they had smoked marijuana in that period. “Teenagers are not having a difficult time in getting alcohol,” Leslie said, “even though, in theory, they’re not legally able to purchase it.”

Of course, imposing new regulations around marijuana—similar to those long used to prevent underage drinkers from buying alcohol in bars or stores—is bound to change the way the drug marketplace functions. The federal law to legalize sale of marijuana to adults will make it a crime to sell to anyone younger than 18 (provinces can set a higher age limit). It imposes tough sentences—up to 14 years in jail—for supplying cannabis to youth. Packaging and promotion that might appeal to young people won’t be allowed.

Still, if age-based restrictions haven’t made alcohol hard for teenagers to get, why would a parallel strategy work for marijuana? “My presumption is that ease of access will not change much,” said Mark Asbridge, a professor in Dalhousie University’s Department of Community Health and Epidemiology , who specializes in addiction, with a focus on young people. “Those youth who want cannabis can get it rather easily now, and this will remain so afterwards. However, the source of supply or channels of access may change.”

The prospect that marijuana, like alcohol, will still be very easy for young people to get after Trudeau’s law comes into force next year raises questions about the reform’s stated core purpose. The list of objectives in Bill C-45, the federal act to legalize marijuana, starts with “prevent young persons from accessing cannabis.” (The act’s other major aims include establishing strict product safety standards for legal marijuana and reducing the burden of enforcing marijuana prohibition laws now borne by police and courts.)

READ: Why a legal toking age of 21 would be hypocritical

A spokesman for federal Health Minister Ginette Petitpas Taylor said CSTAD’s findings reflect only youth “perceptions” about ease of access, whereas Trudeau’s comments refer to how teenagers now buy marijuana directly from dealers, but, to get alcohol, have to take the extra step of asking older friends or siblings, say, to purchase it for them, or perhaps steal it from their parents. The spokesman said the tough new penalties for selling to young people are designed to make it harder for teenagers to find marijuana to buy illegally.

It’s worth noting—regardless of the new law’s effect on how young people get pot in the future—that worried parents and politicians can take comfort from trends in recent years. According to CSTADS, marijuana smoking among Grade 7-12 students has fallen steadily from 27 per cent in 2008-09, to 21 per cent in 2010-11, and 19 per cent in 2012-13, before dipping to the 17 per cent reported for 2014-15. Similarly, 24 per cent of those students reported drinking excessively in 2014-15—defined as consuming five or more drinks on a single occasion—steeply down from 39 per cent who said they’d binged in 2008-09.

Beyond trying to further reduce youth marijuana use by enforcing new rules, the Liberal plan calls for changing attitudes through public education. Here too, however, experts are wary. According to Rebecca Haines-Saah, a University of Calgary researcher on substance abuse and mental health, follow-up studies show anti-drug campaigns rarely work. “My greatest fear,” Haines-Saah says, “is we’ll use this policy window to do the same old crappy, ‘Don’t use drugs, it’ll fry your brain,’ type of messaging that we’ve always done under prohibition.”

Other experts share her concern about the coming federal public education push. “We have to be less paternalistic and state the facts, be less judgemental,” says Dr. Greg Taylor, who retired late last year as Canada’s chief public health officer. Taylor added that when it comes to marijuana, as with alcohol, any warnings aimed at young people are liable to be drowned out by society-wide glamorization of a product legally and enthusiastically consumed by adults.

Dr. Richard Bélanger, who co-wrote the Canadian Paediatric Society’s position paper on marijuana, agrees that devising strategies for getting through to young people, even at the one-on-one level of doctors talking to patients, is a daunting task. One major challenge is how to present information to those most at risk of developing drug dependency, like young people struggling with anxiety, depression or learning problems. “We really need to not stigmatize anyone,” Bélanger says.

The youth addiction experts interviewed by Maclean’s offered a wide range of ideas about what a public education campaign should address—from flagging the dangers of marijuana-impaired driving, to explaining the risks marijuana poses with regard to brain development, to clearly outlining the new rules and penalties. No matter the topic, though, they all agreed that young people quickly see through unlikely claims. As for the Prime Minister’s assertion that alcohol is way harder to get than marijuana, it’s a safe bet that teenagers are skeptical.