Ten steps to make Canada a leader in science 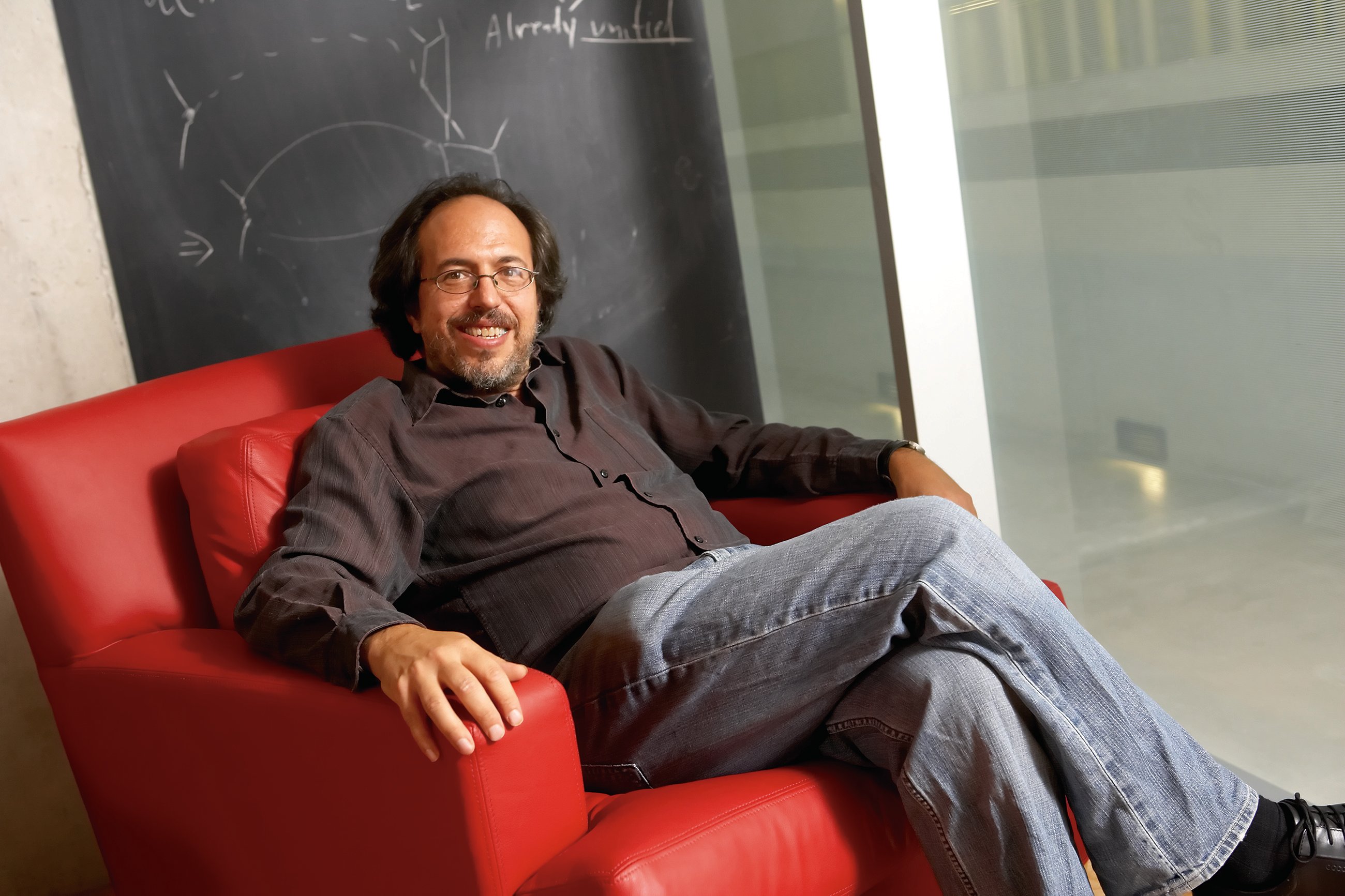 Like many new Canadian citizens, I came here for an opportunity, but fell in love with the extraordinarily generous, open and diverse nation that is Canada. In my case the opportunity was to be part of founding a scientific institute, which we have built during the past 15 years into a world-leading centre for research in my field. Having previously been a professor at three American universities and a visiting professor at Imperial College London and in several European countries, I often ask myself what it takes for a country to become a leader in a science.

The key is that scientists are, as essayist Pico Iyer describes us, “global souls” who follow opportunities across the world. For us scientists, the most valued opportunity is one that gives us a launching pad from which we can aim high to contribute the breakthroughs and discoveries that increase human knowledge for the betterment of the world. This is partly a matter of resources but, as seen in several countries like Holland and Denmark, which consistently punch above their weight in science, it is even more a matter of culture and tradition. The cultures that succeed uphold the highest standards of excellence and rigour, while being friendly to ambition and risk, and welcoming to those who aim to do the extraordinary.

Canada has a good start in a great education system, leading to our many excellent universities, our forward-looking, educated population and our open and diverse spirit. Canada is already the home to many world-class scientists, and more have been coming recently. But we still have work to do, if, as still happens, the most promising Canadian, and Canadian-trained, scientists leave for better opportunities elsewhere. To succeed, Canada must do what is required not only to keep our best here, but to attract the best from around the world to make their home here.

No one could be more enthusiastic than I am about the new government and its clear embrace of science. But becoming a great scientific country involves more than unshackling our scientists, taking climate change seriously and adopting evidence-based decision-making. Canada has a chance to become a place where great scientific discoveries are made – an incubator of breakthroughs that revolutionize our understanding of nature.

To build on our strengths we can learn from success stories such as Art McDonald, our Nobel prize winner this year, who returned to Canada from a professorship at Princeton University to build the Sudbury Neutrino Observatory. There are other similar stories, such as Raymond Laflamme, who returned from a career in the United States when given the opportunity to join the Perimeter Institute and also lead the Institute for Quantum Computing, both of which are making Canada a leading destination internationally for the quantum sciences.

The easy advice is to increase our investment in pure science. By the standards of the United States and Europe, per capita, the budget for the National Science and Engineering Research Council of Canada is half what it should be. But even more important is how we focus available funding, which expresses our values, culture and expectations. Here are 10 lessons that, in my view, would make Canada a world leader.

Mainly invest in areas of pure science where there is a path to world leadership. This year’s Nobel prize shows that when we do this, we succeed big.

No “me-too” or catch-up science. Don’t hire the student of famous Prof. X at an elite American university just because of the proximity to greatness. Find our own path to great science by recruiting scientists who are forging their own paths to breakthroughs. Many discoveries are made on the boundaries between fields or by importing ideas or methods from one field to another. This creates opportunities for discoveries that the elite, well-established centres miss. Cultivate our own judgment and get ahead of the world by taking approaches that others won’t or can’t. To be the place where breakthroughs are made we have to have hired the scientists who will make those breakthroughs before they have succeeded—not afterwards, when everyone will want them. To do this we must cultivate the judgment to make savvy investments in people who have not yet done their best science.

Learn from business that it takes high risk to get high payoff. Don’t waste money doing low-risk, low-payoff science. Treat science like venture capital. Create high-risk venture capital funds in pure science, advised by venture capitalists, who understand risk better than university administrators. If even just one in 10 of these high-risk, high-payoff projects succeed, we will become known as a country where discoveries are made. We can afford to fund these new initiatives at the level of 20 per cent of our existing funding agencies.

4. Recruit and invest in young leaders-to-be.

Be savvy and proactive about choosing them. Resist supporting legacies and entitlements. Give incentives for established senior scientists to explore new directions rather than do more of the same of what was cutting-edge 20 years ago. Don’t waste money on people whose best work is behind them. Resist mutual admiration societies and empire builders.

Remove the protectionist barriers to recruiting the best, most ambitious young scientists from around the world. Canada is an extremely attractive place in which to live and raise a family. Use this well and you can compete and hire people away from Princeton, Stanford, Cambridge, Munich, and so on. Use graduate fellowships and postdoctoral positions as recruitment tools to bring the most ambitious and best-educated young scientists to Canada to begin their research here, and then target the most promising of these by creating mechanisms to ensure that their best opportunities to build their careers going forward are here.

Given the chance, every department and research group will fight for the opportunity to grow by five per cent. But this rarely makes a difference. If you spread new money around widely, little new science gets done. Instead, double-down on strategic fields of research where the progress is clear and Canada can have an impact. And invest in new fields—not just new for Canada, but new for the world. Then put the money into fostering and attracting the best talent who have ambitious, risky ideas of the magnitude that will advance the science and even found new fields, if they succeed. Most of all, put new money into centres and institutes that can focus wholly on doing great science.

Give them independence and the resources they need to develop their own ideas and directions. Postdocs are young leaders with their own ideas and research programs; the same age as young business leaders who start companies. Support them by expanding programs like individual postdoctoral fellowships and the Banting Fellowships. Expand awards for beginning faculty members to enable them to quickly start up their research programs.

Target women and visible minorities. In 14 years here I’ve mentored brilliant women and people from diverse cultures and countries, but I’ve not met one indigenous physicist or student of physics. This must change. Let us build a Canadian scientific community that looks like Canada.

Allow no proxies for success, no partial credit for “progress” that leaves unsolved problems unsolved. Don’t count publications or citations, count discoveries that have increased our knowledge about nature. We do research because we don’t know the answer; don’t force us to write grant proposals in which we have to pretend we do. Failure is a necessary consequence of risk, and should be part of an honest scientist’s reporting. Genuine progress requires risk and is hard-won and undeniable. Reward risk-taking and accept the honest reporting of failure, then allow funds for the risk-takers to abandon failed attempts and initiate new directions.

We scientists know that panels can discourage risk-taking, encourage me-too and catch-up science, and reinforce longstanding entitlements and legacies. Such a system may incentivize low-risk, incremental work and limit the kind of out-of-the-box ideas that, in the hands of someone well educated and highly skilled, leads to real breakthroughs. It is not the fault of the program managers, many of whom understand the need to support transformational science, and would do so had they the budgets and mandate to do so. Rather, the squelching of innovation can be an unintended consequence of structures intended to ensure excellence. But, the success foundations such as FQXi, MacArthur and Templeton have had in funding high risk research show that it is possible to design competitions that select audacious, ambitious projects over the run of the mill, while upholding high standards. So create ambitious programs, empower the program officers to pick out and incubate the brightest and most ambitious risk-takers, and reward them when the scientists they invest in make real discoveries.

Lee Smolin is a founding faculty member at Perimeter Institute for Theoretical Physics, an adjunct professor of physics at the University of Waterloo, and a member of the Royal Society of Canada.

Related reading: Art McDonald on how to win a Nobel Prize