That'll teach you, Mark Machin. I'm just not sure what.

Paul Wells: A quasi-public official did something the government refuses to forbid. So sure, get angry. Meanwhile I keep thinking of other things you could be enraged about. 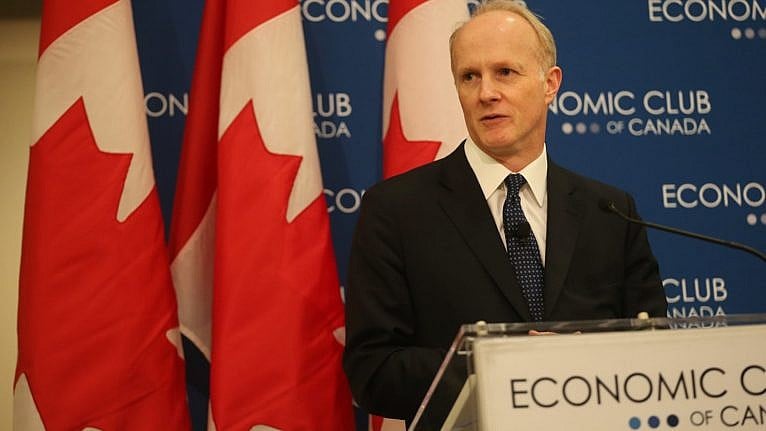 I knew Mark Machin’s countdown clock was ticking when Katherine Cuplinskas, Chrystia Freeland’s spokesperson, told Bloomberg last night that the pension chief’s decision to fly to the UAE to get vaccinated for COVID-19 was “very troubling.” I suspect Cuplinskas is brighter than six of me put together and will do great things in this world, but her richly-earned reputation in the Trudeau government is as somebody who will not dole out one comma more information or opinion than she is authorized to do by the government’s various ornate chains of command. When Katherine Cuplinskas tells a reporter that your behaviour is troubling, she is delivering a government-certified and stamped Certificate Of Troublingness. Machin’s entirely voluntary resignation from what is definitely an independent organization was only a matter of time, and indeed he may have already delivered it before the Bloomberg reporters hit Send.

So it’s a great day to be John Graham, whose battlefield promotion to Machin’s job ensures that whatever compensation Graham was paid last year, he’ll make more this year. (In announcing Graham’s sudden anointment, CPPIB board chair Heather Munroe-Blum said his “commitment to the organization, to his colleagues, and to CPP Investments [sic] unique mandate is unequaled.” Which leaves me wondering why they left Machin in charge for so long. It also leaves me wondering how much you have to pay around here for a possessive apostrophe.) Machin made $5.385 million in 2020, up a touch from $5.265 million in 2019. Few of the people now celebrating his departure seem to have noticed him raking in more than $10 million in two years, and I suspect few will protest when his successor extends that streak. Machin’s only error was to act like a guy who makes $5 million a year.

In January here I shouted at the tide of outrage against politicians who had, like many thousand of their fellow citizens, vacationed abroad over the Christmas break, or travelled abroad for less pleasant reasons. Rod Phillips, the former Ontario treasurer, seemed a special case because he attempted a clumsy cover-up, but in most cases I didn’t see the fuss. That column was as influential as my columns usually are, and nobody paid it any mind. I still like my lonely position. To be clear: I haven’t left the country since March 1, 2020. I wouldn’t now, won’t soon, and I wish some people I know who’ve done so had held off. But I have no standing to wish any penalty be levied against them for doing what governments, having thought long and hard on the matter, continue to permit.

Ah, but Machin got vaccinated! Surely he should have put up with global worst-in-class vaccine distribution like the rest of us? Well, again, careful what you mean by “rest of us.” I’ll get vaccinated in Canada on the first day I can by the rules, but lots of people are trying to figure out how to get relatives to a place where they can get the jab sooner rather than later. It’s like we used to say in Montreal: Canada already has two-tier health care; we call the second tier “Vermont.”

Two final notes. There’s a lot of talk about “vaccine passports,” by which people who’ve been vaccinated would receive official certification of the fact, which would permit them to travel, gather, and otherwise benefit. The Quebec government says it’s working on such a thing. The equity concerns should be obvious: unless vaccinations are distributed randomly through a population, then access to social privileges others don’t yet enjoy extends advantages their recipients didn’t earn. But if we are going to permit them, then all Mark Machin did was get his passport stamped at the other end of his trajectory. His penalty for doing so is that his lavish compensation package shifts to the tieless accountant who was sitting one place to his left, and the amount of social justice on Earth does not measurably increase. Machin, who’s lived in many countries making large amounts of the local currency, will fetch up in another and make some more.

Meanwhile I keep thinking of other things you could be enraged about.

I’ve written before about Anthony Doob, the emeritus University of Toronto criminologist who was asked by the Trudeau government to investigate its attempted reform of solitary confinement in federal prisons, an area where several courts have found the government routinely delivers grave serious human-rights violations in a way that perpetuates systemic racism. After getting a truly epic runaround from Correctional Services Canada which made it impossible for his study group to fulfill its mandate, Doob did the only thing that ever gets any action at all from this government. He talked to reporters. The feds smartened right up, and Doob began his investigation, and his preliminary results suggested too many of our prisons haven’t been fixed.

This week there was more news on solitary confinement. Doob filed another report this week, and as the unstoppable Justin Ling at Vice reported, it shows that nearly one in 10 inmates who are sent to so-called “structured intervention units” receive treatment that meets international standards for torture. Standards Canada helped write.

Justin’s story is full of institutionally self-congratulatory quotations from federal political staffers who should really have quit their jobs in protest instead. The minister in charge of this extended fiasco is Bill Blair. And I get that Bill Blair didn’t fly to Dubai to get vaccinated. And I’m not going to ask you to get mad at Bill Blair instead of Mark Machin. But maybe we can make this much of a deal: Stay as angry at Mark Machin as you like, but could you at least get angry at Bill Blair too?