Twenty words that appear in the budget more often than 'deficit'

Even the phrase 'balanced budget' appears more in the budget than 'deficit'—the document's reality. Charting out the words the Liberals thought mattered more

In the last 24 hours, a single word has dominated much of the coverage of Prime Minister Justin Trudeau’s inaugural budget: deficit. But despite the attention-grabbing size of the deficit, the term itself is mentioned surprisingly few times in the actual document. In fact, there are only five mentions of “deficit” in the 271-page budget. And the phrase “federal debt” pops up only three times.

So if “deficit” doesn’t show up in a document in which a deficit announcement was, arguably, one of the most important items of the day, then which words do appear? Here are just 20 examples of words the Liberals preferred to use. 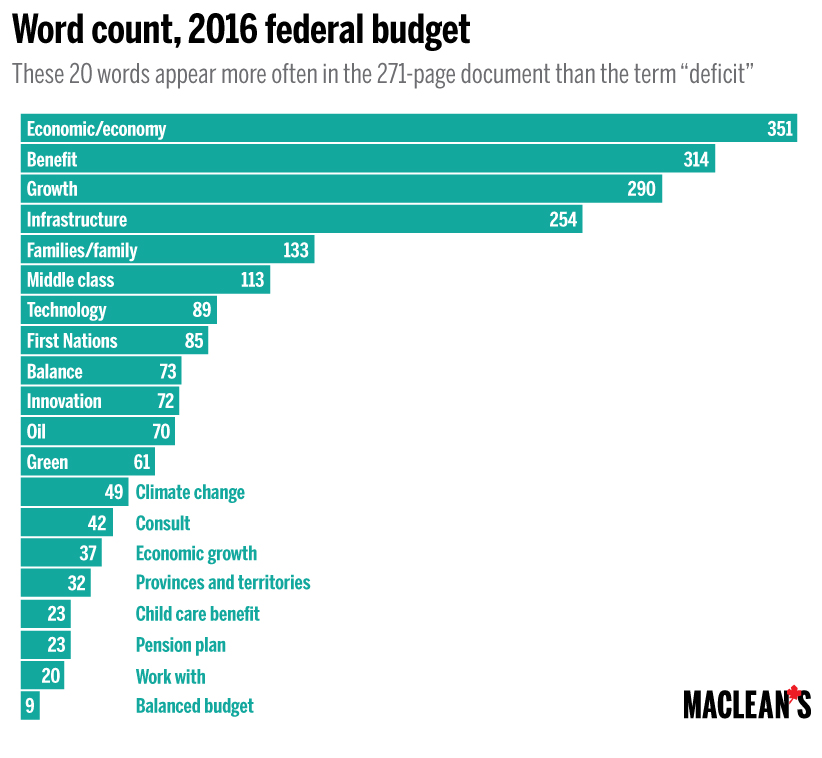