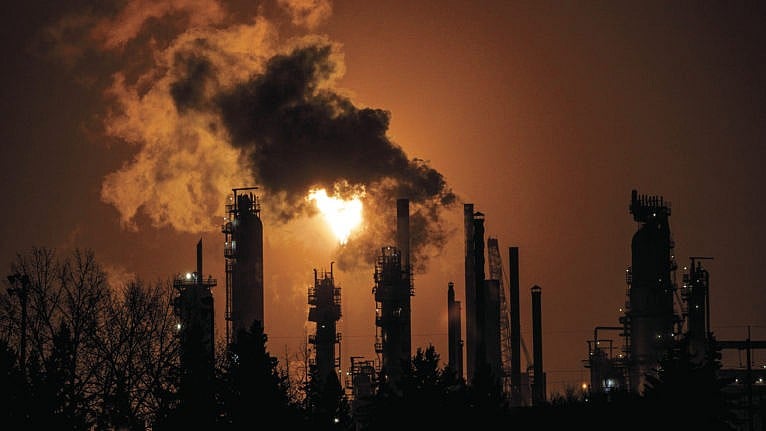 The best thinking in Ottawa, at the precise second I wrote these words, was that there will be no federal election this spring. Unfortunately, by the time I wrote these words, the mood had shifted and an election seemed inevitable. The good news is, at some point during this issue’s tenure on newsstands and coffee tables, you may know how it all worked out. These are nerve-racking days for a pundit. I’m much better at predicting things after they’ve happened.

So I’m reasonably sure the matter of climate change is going to bring Erin O’Toole grief. That’s because it already has. The Conservative Party of Canada’s national virtual convention in March was designed to present O’Toole as the leader of a moderate, happy party. The party’s leadership team skilfully blocked attempts by assorted immoderate and unhappy factions to get policy resolutions weakening abortion rights to the plenary. They paid no attention to the resolution stating that “climate change is real” until a slim but highly entertaining majority of delegates voted against it.

Much parsing ensued. Nobody asked delegates to explain their vote, so we’re left to guess at their motives. But some observers argued the party’s problem wasn’t with the reality of climate change, but with the bit of the motion that said high-polluting companies “need to take more responsibility.” In this theory, the modern Conservative party doesn’t deny climate change, it just denies responsibility. I wonder how that sentence will look on the side of a campaign bus.

O’Toole was left to deny some responsibility of his own. Conservative convention delegates? Never heard of ’em, he said gamely. “I’m in charge,” he told reporters afterward. The obvious question—of what?—just kind of hung there in the air.

It’s not an ideal state of affairs for the Conservatives. First, open disagreement between the leader and a large faction in his party heightens a general sense of mutual alienation. I’ve seen this sort of thing before, when Joe Clark returned from retirement to lead the moribund Progressive Conservatives and when Michael Ignatieff led the Liberals. Party members aren’t, as a rule, looking for a fight with their leaders. But, at a minimum, they want to feel that they’re led by one of their own. If they don’t, it saps motivation.

Second, climate change isn’t an accessory issue, or one foisted on Conservatives by me and my press gallery colleagues for sadistic kicks. O’Toole actually gets this better than many in his party do, which is why he can’t just campaign around climate change the way, say, Doug Ford did in the 2018 Ontario provincial election.

People vote for all kinds of reasons: habit, fatigue, general perceptions of competence or honesty, hope for the future. But basically everyone who was used to voting Conservative, or tired of Justin Trudeau, or convinced the Conservative bench was smarter or cleaner than the Liberal bench, voted Conservative in 2019. There were more of them than there were Liberal voters. There just weren’t enough of them to win more seats. And lately, the O’Toole Conservatives are polling well below the Andrew Scheer Conservatives.

That list is trouble for the Conservatives. Quite apart from our main topic today, it suggests the greatest sin of omission in this party’s young history was the decision not to replace Jason Kenney with somebody comparably prominent and industrious, or several somebodies, to be in charge of constant, empathetic and responsive outreach to ethnic communities.

As for climate, Coletto’s analysis suggests it’s actually not helpful to respond to the question “What’s your climate plan?” with “Justin Trudeau’s plan is terrible.” It probably feels great. It just doesn’t move votes.

So on climate policy, where does O’Toole go from here?

Political leaders facing big thorny issues typically go about their work in one of two ways. One way is to engage in magical thinking. The other is to do something surprising. Both of these approaches could use some explaining.

Magical thinking describes what you hear from leaders when they promise, in effect, to make some annoying issue simply go away. It often works. Well, I mean it wins elections, but it rarely delivers real change. Think of Justin Trudeau in 2015 when he promised electoral reform. Parties kept winning majorities in the House of Commons without winning a majority of the vote, he said. This has to stop. His conviction started to waver when he won 54 per cent of the Commons with 39 per cent of the vote. But even before then, Trudeau’s promise was meaningless. The various alternatives to Canada’s first-past-the-post electoral system are mutually antagonistic: if you want proportional representation and I want a preferential ballot, we don’t have two votes for “reform,” we just have a fight on our hands.

There are plenty of other examples. Jean Chrétien ran in 1992 on a promise to scrap the Goods and Services Tax. He would later claim he’d been misunderstood, but his party platform was explicit: he’d replace the tax with one that raised comparable revenues and didn’t annoy anyone. There’s no such thing. It was magical thinking.

In Ontario, Doug Ford spent the 2018 campaign answering “line item veto!” whenever anyone asked how he’d cut spending. It was Ford’s way of saying he had no idea what he’d cut. His obfuscation allowed him to form a coalition of voters who wanted him to cut everything and those who wanted him to cut nothing.

RELATED: The sense of urgency around climate change is trending up

It’s tempting to want to fix climate change with magical thinking. For one thing, some Canadians, including a lot of Conservatives, think the whole issue is made up. Imaginary solutions to imaginary problems have a natural appeal. Unfortunately, just about everyone who agrees with the majority at the March Conservative convention that climate change isn’t real was already voting Conservative, and there aren’t enough of them to get O’Toole elected prime minister.

We know this because the Conservatives already campaigned on magical climate thinking. That was Andrew Scheer’s 2019 platform. He promised to “set emissions standards for major emitters that will lower greenhouse gases and drive Canadian businesses to the highest standards of green technology.” What would those standards be? Scheer wouldn’t say.

O’Toole has been sorely tempted by the path of magical thinking. When he ran for the party leadership, not even half a year ago, he promised to make “industry pay rather than taxing ordinary Canadians, by forging a national industrial regulatory and pricing regime across the country.” 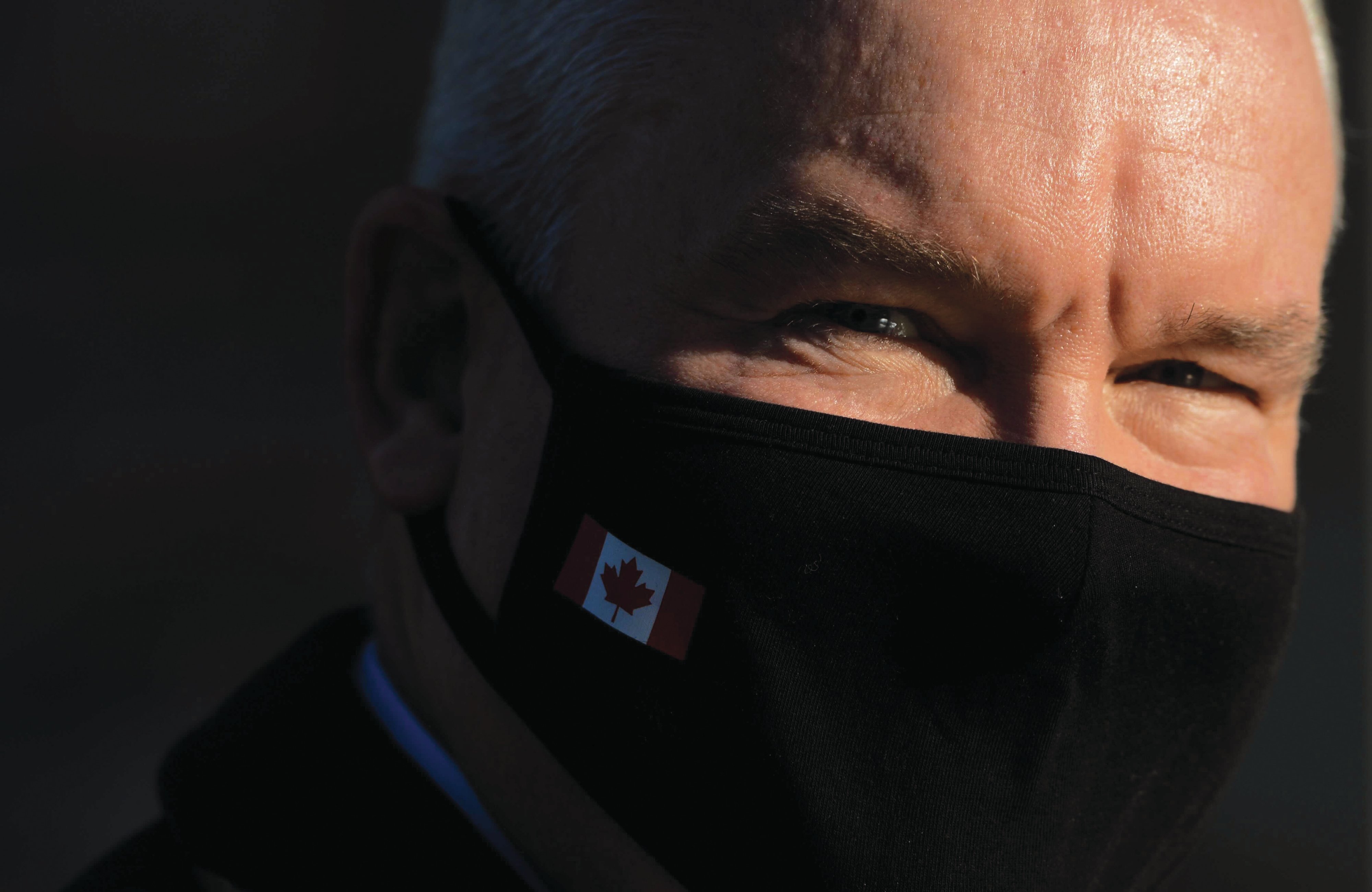 Will O’Toole follow Scheer’s playbook or develop his own plan to address the climate crisis? (Sean Kilpatrick/CP)

But wait. Didn’t Conservatives used to win elections on empty promises to regulate the problem away? For that matter, didn’t Liberals? Absolutely. What connects Jean Chrétien in 2000 and Stephen Harper in 2008 is that neither actually intended to do a damned thing about reducing carbon emissions. But the world has moved on. People noticed all the years of doing nothing. They’re not eager for more.

So forget magical thinking. What’s the alternative? It’s what I described above as “something surprising.” Every once in a while a leader decides to blur his differences with his opponents, rather than sharpening them. This goes against every political instinct. But it can be a means of stealing, or neutralizing, an opponent’s greater credibility.

In 1997, Tony Blair and Gordon Brown wanted to end 18 years of Conservative government by burying the U.K. Labour party’s tax-and-spend image. They promised to freeze spending for two years and income tax for the life of a first Labour Parliament. They had to stare down their own party to do it. For their pains, they created a comfort zone for swing voters.

In 2000, seemingly worn out and beset by internal critics, Jean Chrétien faced a serious threat from a young new opponent, Stockwell Day, and the newly created Canadian Alliance party. On short notice and for no good fiscal reason, Chrétien had his finance minister deliver income tax cuts on a scale comparable to what Day was proposing. The front-page headline in the National Post, a paper created to bedevil Chrétien, was “Liberals deliver Alliance budget.” Chrétien couldn’t have written a better headline himself. In the election that followed, the Liberals won a larger majority. The Alliance never contested another election.

In 2006, Harper bought himself a bit of peace on international development by implementing the previous Liberal government’s plan for a decade of ever-growing aid to Africa. He neutralized Liberal attack ads on health care by sticking to Paul Martin’s timeline for ever-increasing health transfers. In 2015, Justin Trudeau took back family policy as a winning issue from the Conservatives by sweetening the Conservatives’ child benefit program.

Leaders perform the surprising policy swipe when they understand that they’re in a position of weakness and that tinkering won’t fix it. It takes a rare mix of humility and cheek to pull off. In effect you’re saying, “The next government is definitely going to implement the other team’s policy on this issue. So I might as well form that government.”

Coming from O’Toole, here’s what that would look like. He would promise to implement the Liberal plan to implement a federal carbon tax in provinces that refuse to run their own carbon-pricing scheme. He’d sweeten the federal rebates that already protect most consumers from the cost of the carbon price. Increasing the rebate would allow O’Toole to claim he meant it when he said he’d have a distinctive policy that protected individual consumers. He might tinker with other details, but the gist of it would be that there’d be no meaningful distinction between the Liberals and Conservatives on climate policy.

I don’t actually expect O’Toole to do this. There’s a reason why the surprising option is always so surprising. O’Toole is likelier to replicate Scheer’s losing policy than the one that won for Trudeau.

Of the last eight federal elections going back to 1997, the Leader of the Official Opposition has won one—Harper in 2006. Of the seven losing opposition leaders, only one—Harper, in 2004—kept his job as party leader long enough to contest another election. Scheer, Tom Mulcair, Ignatieff, Stéphane Dion, Day and Preston Manning found themselves looking for other work. Trudeau complicates my neat chart a bit with his 2015 victory, when he managed to come from third place to beat both Harper and Mulcair. But as a very sturdy rule, being the main opposition leader is more often a curse than a blessing. This is a tough business. Best of luck to everyone.

This article appears in print in the May 2021 issue of Maclean’s magazine with the headline, “It’s getting hot in here.” Subscribe to the monthly print magazine here.