Could John Diefenbaker and Thomas Mulcair be the best leaders of the Opposition ever? 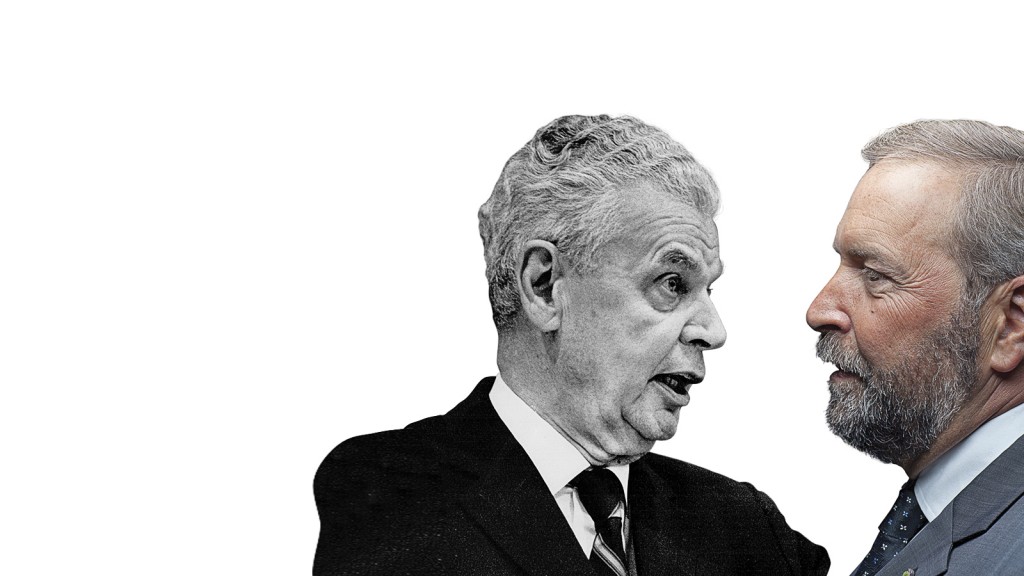 As leader of Her Majesty’s Loyal Opposition, Mulcair has certainly won praise—most of all for his prosecutorial questioning of Prime Minister Stephen Harper over the Mike Duffy scandal. To succeed in that post, sometimes said to be the most difficult in the Westminster system, is no small feat.

But surely no one aspires to be leader of the Opposition. However fine a parliamentarian he was, Diefenbaker’s longest stretch of time as Opposition leader came after he’d served six years as PM—his five years holding Lester B. Pearson to account were not rewarded with a return to 24 Sussex. Voters will hand Mulcair his fate later this year.

In the meantime, there is much to be said for an imposing and aggressive leader of the Opposition whom the government must face on a daily basis. In Diefenbaker and Mulcair, two unique men schooled in law, we might have standard-bearers for the task.

Herein, a tale of the tape comparison of two Opposition leaders: