The Biden plan and the Trudeau precedent 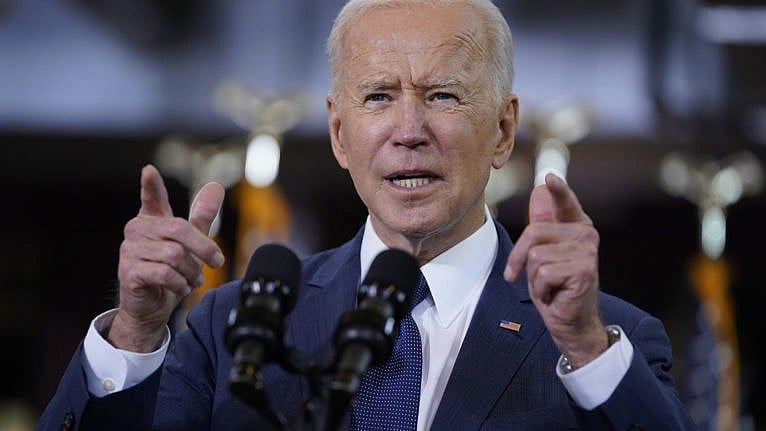 The critics are raving. Joe Biden’s American Jobs Plan—$2 trillion for green(-ish) infrastructure, jobs and tech, following his $1.9 trillion American Rescue Plan and setting the stage for a $2 trillion American Family Plan in a few weeks—has its share of critics, but it’s also being hailed as a potentially historic rethink of government’s role in American life.

“It’s a bold and potentially historic move whose results could shape the country’s future, political and economic, for generations,” the Washington Post’s editorial board says. That paper’s columnist E.J. Dionne Jr. says Biden’s Wednesday speech outside Pittsburgh launched “a months-long effort that will test whether our government is still capable of doing big things.”

It sure is big. The White House fact sheet on this week’s program uses the word “billion” 69 times; there’s $621 billion for “transportation infrastructure and resilience,” including $115 billion on roads, highways and bridges; $85 billion to modernize transit; $80 billion to shore up the terrible Amtrak rail network and $174 billion to “win the EV market.” There’s $45 billion to remove lead pipes and $100 billion for high-speed internet. There’s $213 billion for affordable housing, $100 billion for public schools, $25 billion for child care and, as your reward for slogging through this long paragraph, $400 billion for home- and community-based care for the elderly, the biggest single item on this list.

Much of this list will be familiar to anyone who’s been following federal politics in Canada in recent years.

One of the Trudeau government’s biggest areas of effort has been in infrastructure, mostly through the $188 billion Investing In Canada Plan, launched in 2016 and scheduled to continue through 2028. It’s a bit of a theological question which country will be spending faster, relative to the total size of the economy, if Biden’s plan passes. It depends on how much of each government’s plan you count as “infrastructure,” how much as “social,” how much as “green,” and so on. But they’re in comparable ballparks. And the specific allocations are similar too. The Trudeau Liberals are spending on electric vehicles, rural broadband and  disaster resilience, just like the neighbours. Have been for longer.

So it’s fair to wonder, if Gail Collins can ask whether Joe Biden will “be remembered as the supreme commander of the American Overhaul,” whether General Trudeau deserves comparable decoration. I’ve already spotted some Liberals online trying to pin Biden’s medals to their boss’s chest. And to some extent voters in much of the country seem to broadly agree with the Trudeau agenda: after what’s been pretty literally a year from hell, Trudeau is at -1 in net personal approval—basically a wash—in the latest Abacus poll, and the Liberals’ horse-race advantage over the Conservatives in voter intentions is increasing.

As a general observation, though, I think it’s fairer to say Biden hopes to catch up to the world in general than to Canada specifically. Infrastructure and human capital are longstanding investment priorities for America’s peers, like the EU; and an overwhelming priority of their main rival, China. Clearly Biden had China on the brain as he introduced his plan on Wednesday. He called this a moment of “fundamental choice” between “democracies and autocracies.” There are “a lot of autocrats in the world who think the reason why they’re going to win is democracies can’t reach consensus any longer.” He framed “a basic question: Can democracies still deliver for their people? Can they get a majority?”

And on specific elements of the Trudeau and Biden projects, it’s possible to draw instructive contrasts.

First, whereas Trudeau is showing increasingly mulish and frankly hard-to-understand reluctance to pony up federal cash for the necessary renewal of elder care, Biden’s opening bid includes serious money for home and community care. Increasingly, when a federal official answers provincial demands for health-care money with yet another infrastructure announcement, it looks to me like a failure to read the room. Biden’s plan shows a clearer understanding that national problems needing national responses also need federal money.

Second, and bigger: Biden plans to pay for his plan with tax increases. Trudeau is content to let everything be deficit-financed. The Prime Minister’s 2015 income-tax hike on the top 1 per cent of income earners probably polled well but it had a negligible effect on revenues. These remain, in the sixth year of the Trudeau era, within a point of where they stood under Stephen Harper as a share of GDP—that is, lower than at any point since the early 1960s. Biden is being careful about his tax increases—he’ll spread those over 15 years to pay for 8 years’ worth of spending—but his tax hikes aren’t just closer to acknowledging and seeking to bear the cost of his proposed effort, they’re also politically popular. Indeed, in that Morning Consult poll, respondents were twice as likely to support an infrastructure plan funded through tax increases than they were to support a plan without tax increases.

Now to some extent, Biden is forced into fiscal virtue for the same reason Trudeau is liberated from its obligation: because since 2000, three of Trudeau’s predecessors worked hard to keep spending in line with revenues, and three of Biden’s predecessors didn’t. But still, Biden’s plan looks like a big argument about what’s worth paying for in a society. Trudeau’s looks like skipping that debate.

Finally, I have to hope Biden’s plan, if it passes through Congress, will receive more serious monitoring and follow-up than Trudeau’s has. Last week’s auditor general’s report on the Investing In Canada Plan was overshadowed by simultaneous reports on the COVID-19 response. That’s understandable. There are serious questions about what AG Karen Hogan found in those reports. But the coronavirus wasn’t how anybody expected to spend 2020. It was a unicorn event. It caused chaos at every level of government in every country. Infrastructure, on the other hand, was part of Trudeau’s plan and brand from the outset. This crew does infrastructure the way Stephen Harper did spite. And Hogan found they’ve still made a hash of things.

Hogan writes that Infrastructure Canada was “unable to provide meaningful public reporting on the plan’s overall progress toward its expected results.” She found there was no real effort to track spending plans that were in place before the Liberals were elected, even though those plans accounted for half the program’s $188-billion cost and even though the Liberals never fail to take credit for the programs whose effect they aren’t tracking. She found that one-fifth of planned spending wasn’t implemented in the program’s first three years—probably a blessing, all things considered.

The department committed in 2018 to annual reports; so far there’s been one report, with no date announced for a second. A $33-billion component of the plan, the single biggest part, is not expected to report on results in any way—from Trudeau’s first term in office, which I can confirm has been over now for closing on two years—until 2028, when the Prime Minister after the Prime Minister after Trudeau will be in office. Infrastructure Canada’s summary of spending mentions 65,000 projects; its project list contains only 33,000. The plan’s “project map,” which claims it will be “updated quarterly,” was last updated more than half a year ago. There is no way to ascertain whether any project on the map is complete or when it ever will be.

This is how the Trudeau Liberals act when a project is their highest priority. The Americans had better hope Joe Biden isn’t imitating Canada.