The blade in the Governor General's hand

So everybody is having fun with the story about Governor General Michaelle Jean eating raw seal. I guess blogging was invented primarily for the mockery of this sort of extravagant gesture.

I stopped chuckling when, in his nicely observed account of the episode, Canadian Press’s Alex Panetta mentions that Jean used an ulu, the traditional knife of Inuit women, to carve her seal.

That prompted me to recall a conversation I had few years ago when I was up in Nunavut working on a story. A young Inuk woman who was learning to make jewelry at Arctic College in Iqaluit showed me some earrings she was working on—little silver ulus.

Embarrassed when I asked about the significance of the ulu, she took a roundabout route in explaining that the knife is a female symbol. One of her instructors heard us talking—well, mostly me asking earnest questions and her laughing at them—and told me that Inuit women artists and artisans tend to return again and again to the ulu image.

It’s a concrete, tactile thing, familiar to many hands up North, which lends itself to design and even abstraction. The curve can seem womanly to the eye, but as a cutting instrument, this emblem of the feminine is hardly soft.

So I like the idea of Jean wielding an ulu. I’m guessing that the tool in her hand, rather than her taste for seal heart, will have struck some of the women of Rankin Inlet as a nice touch from a visiting dignitary. 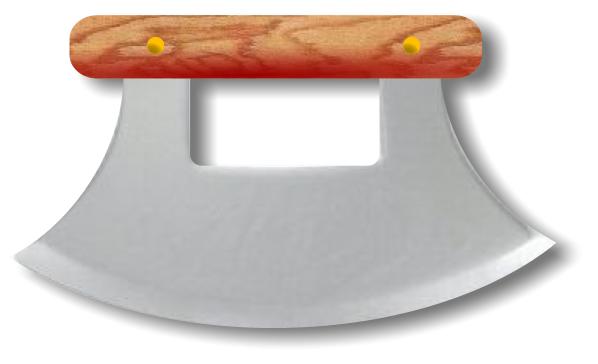