The Bloc Québécois: What if Lucien Bouchard was right?

Paul Wells: Amidst fresh disarray within the party, it's worth recalling the former leader's advice: 'This is no way to run a federation.' 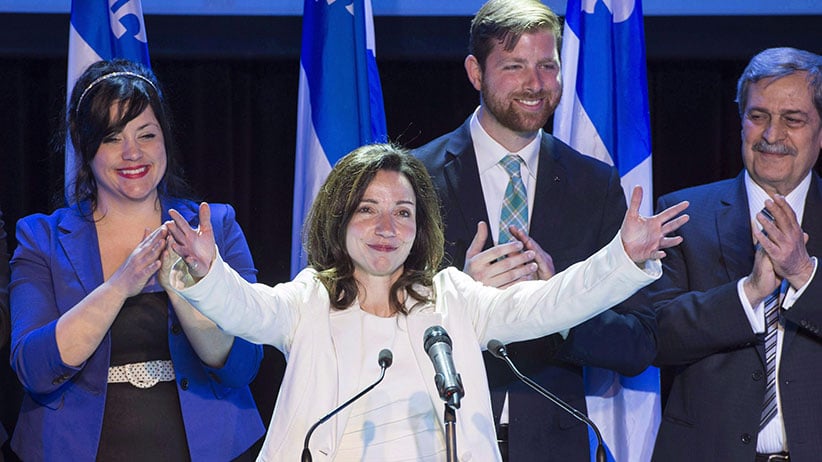 You could almost hear the creak of old muscles being pressed back into service as news organizations outside Quebec took note of the Bloc Québécois’s current disarray. It had been so long. We were kind of hoping this material wouldn’t be on the final exam.

Seven of the party’s 10 MPs have left it. The leader, Martine Ouellet, whose name I have to look up every time, plans to stay on as leader. Of what, you may ask. It gets weirder. Ouellet is elected and has a seat, but unfortunately it’s not in the House of Commons, it’s in Quebec’s National Assembly, where the former Péquiste sits as an independent. She sends her orders, I hope by carrier pigeon, and sometimes even pops into the nation’s capital—not her nation, not her capital—to say hi. I am as amazed as you are to learn this hasn’t worked well.

It’s as though Ouellet, all unwitting, were acting out the age-old question facing Quebec sovereignists: Is it better to marshal their forces in Quebec City, where they might someday accomplish their goal, or to also keep a corporal’s guard in Ottawa, where they can fend off the rapacious Rest of Canada and its quisling federalist agents? Ouellet’s answer, “Me here, you there,” seems to have been unsatisfactory. In Le Devoir, Hélène Buzzetti analyzes the schisms in the Bloc, going back to the beginning of this decade.

But in some ways the tensions go back further, to the party’s founding in 1990-91. Let’s indulge a little ancient history, because how often do we get the chance any more?

The Bloc was an expression of outrage, by MPs who had been mostly Conservative but in some cases Liberal, over the failure of Brian Mulroney’s attempts to amend the constitution. It took months to find a persuasive rationale, and there was always a sense, even among its own members, that it was not meant to last forever. Everyone knew you don’t make sovereignty in Ottawa. Quebec Members of Parliament had at one time or another occupied every spot along the nationalist-to-federalist spectrum, but there had never been an organized party calling for secession from within the belly of the federalist beast.

Soon enough, of course, the Bloc sorted itself out. It won 54 seats in the 1993 election, becoming Her Majesty’s Loyal Opposition, which took getting used to. And by the autumn of 1994 the institutional divisions in the Quebec sovereignty movement were so entrenched they seemed quite handy. All the more so when Jacques Parizeau’s Parti Québécois won the 1994 provincial election with a very weak hand, by fewer than 14,000 votes over the Liberals. Suddenly a popular Lucien Bouchard in Ottawa looked pretty good.

Too much so. On Nov. 27, 1994, at an upbeat Bloc Québécois general-council meeting at the Mont Ste.-Anne ski resort outside Quebec City, Bouchard took the stage for his keynote address. It was an action-packed speech. Bouchard was probably the finest public speaker I’ve ever covered, and he had a lot of business to take care of with this speech. Scrambling to take notes, I remember wondering whether smoke would start coming off the tip of my pen.

The Bloc leader was clearly worried some Quebecers would decide the Bloc, paradoxically, made staying in Canada easier to stomach. Why worry what Jean Chrétien might do if Lucien Bouchard was on duty keeping him honest? Bouchard needed to rip away that security blanket.

Would the Bloc stay in Ottawa after a referendum defeat, he asked? He couldn’t speak for the others, but “I know what I would do. I know what I would do, but I won’t tell you right away. I made my decision a long time ago. It is clear to me that the Bloc Quebecois cannot become a permanent fixture in the House of Commons.”

The immediate aftermath of a referendum was one thing, he added, but over the long term the Bloc couldn’t stay in Ottawa.

“People mustn’t say: ‘Yes, but if I vote No to Quebec sovereignty, there will always be an insurance policy in Ottawa. There will always be the Bloc . . . to keep the government from hurting Quebec, from exploiting the victory of the No.” The Bloc had no purpose beyond building support for separation, he said. “We must make people understand that this is no way to run a federation, forever sending separatist MPs to Ottawa. That’s obviously not a solution. It even risks, in some ways, harming the functioning of the federation.”

Five days after this speech, doctors in Montreal amputated Bouchard’s leg to save his life from a fast-spreading infection. The next year would be a constant rush of historic events, and the speech to the Bloc faithful at Mont Ste.-Anne was quickly forgotten. After the 1995 referendum defeat, Bouchard left Ottawa to take over the Parti Québécois and the Quebec government. And of course, the colleagues he left behind in Ottawa had no difficulty rationalizing their continued presence there, for one election, then another, until now the Bloc has contested seven federal elections since the 1995 referendum defeat.

I don’t want to claim that Bouchard’s speech of Nov. 26, 1995 revealed the true state of his mind, and that the Bloc’s continued existence since then betrays it. He was obviously being tactical when he warned against a never-ending Bloc, trying to sharpen the choice that then lay just ahead for voters. He changed his mind later.

But he wasn’t wrong. Nearly 30 years of the Bloc Québécois obviously hasn’t sped the day of Quebec’s liberation, and neither has it improved the hand Quebec is dealt within the federation. On most days it doesn’t hurt. On bad days it doesn’t hurt much. It’s just kind of a weird hobby for some people. The Bloc never did take advice from the likes of me, so I’ll offer it none. Just a handy reminder than when it hurts to do something, not doing it is always an option.