The case of the vanishing female premiers 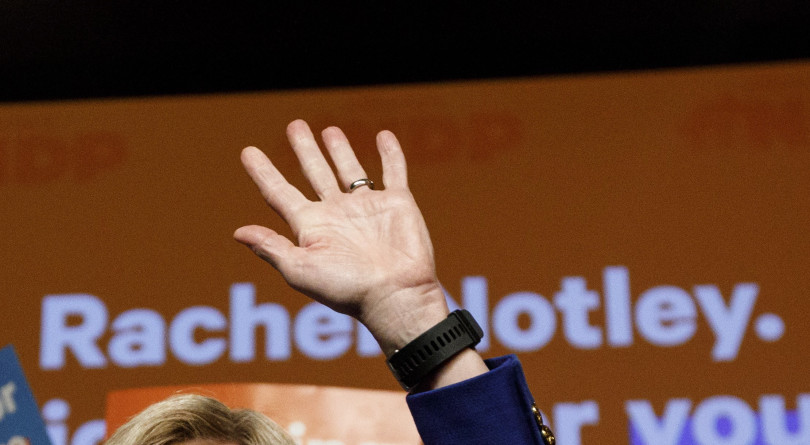 A day after UCP Leader Jason Kenney and his campaign grab bag of threats and taunts were swept to power in Alberta, the political tremors were being felt across the country.

Kenney do it? The incoming Alberta premier made a lot of big promises during the campaign—to get a pipeline built, “turn off the taps” of gasoline to B.C., secure a more favourable equalization formula for Alberta and once and for all do away with carbon taxes. Depending on how successful he is at delivering on those promises, they may serve as a test for just how resilient the Blue advantage is in Alberta, writes David Moscrop. (Maclean’s)

In B.C. they’re waiting to see if the taps will indeed be turned to off. B.C. Premier John Horgan said he had a cordial phone call with Kenney on Wednesday, and has cast Kenney’s threat—a retaliatory move should B.C. try to block the Trans Mountain pipeline expansion in court—as “hyperbolic.” Meanwhile in Quebec, a province Kenney appealed to directly in his victory speech, Premier Francois Legault said his position on any new pipeline carrying Alberta oil through his province hasn’t changed: “What I am saying is there is no social acceptability for a new oil pipeline in Quebec.” (Canadian Press)

Seeing the future: Reflecting on the “vacuous, exhausting and divisive” campaign, Jen Gerson warns about the ugly politics that are in store for Canada in the next federal election. (Maclean’s)

Trudeau has no choice now but to forget about “sunny ways” and start swinging, going after Kenney and Ford as remorselessly as they are going after him. The outcome of the next election depends on whether Trudeau is able to attack the hostile premiers, painting them as white supremacist, sexist knuckle draggers scheming with Andrew Scheer to turn Canada into a dystopia from The Handmaid’s Tale. (Maclean’s)

Man oh man: It was only six years ago that Canada had six female premiers. With Rachel Notley‘s defeat in Alberta, now there are none. Bloomberg spoke with former Ontario premier Kathleen Wynne about why things unfolded this way:

“What is it that happens to women in political leadership that makes it more difficult for people to see them continuing there? I don’t know the answer to that but I think we do have to raise it. It raises important questions about women in leadership, I think it raises important questions about how misogyny plays in the current political climate.” (Bloomberg)

Near perfect: Ahead of the Alberta vote 338Canada.com prepared a seat projection for Maclean’s using its electoral model, which simulates results using opinion polls, demographic data and electoral history. How did it do? Out of 87 districts, the 338 electoral model correctly identified the winner in 82 of them, for a 97.7 per cent accuracy rate. As we get closer to this fall’s federal election, watch Maclean’s for more 338Canada.com vote projections. (Maclean’s)

Two other provincial elections are coming up first.

Green Gables: Next Tuesday voters in P.E.I. will get their say. Green Party leader Peter Bevan-Baker has emerged as the most interesting story of the campaign, with polls showing he could become Canada’s first Green premier. Federal Green Party leader Elizabeth May has been in Charlottetown campaigning hard for Bevan-Baker. Not so Trudeau. Despite Liberal Premier Wade MacLauchlan lagging third place in the polls, his campaign has not asked Trudeau to visit the island to help. Says one P.E.I. political science prof: “It’s absolutely telling that the Liberals (in P.E.I.) have not invited him and, it appears, would not see him as an asset here at all.” (The Guardian,  Canadian Press)

Rocking the vote: After P.E.I., voters in Newfoundland and Labrador will have their turn. Liberal Premier Dwight Ball called an early election for May 16. With the race between the Liberals and Progressive Conservatives in Newfoundland shaping up to be tight, will Newfoundland and P.E.I. be the latest to join the provincial shift to the right? (Canadian Press)

Read all about it: From our (digital) letters bag, Maclean’s readers weigh in on Maclean’s recent ‘Imposter’ cover treatment of Paul Wells’s story about Trudeau’s mishandling of the SNC-Lavalin affair, from those who lauded it—”damning … and warranted“—to those who loathed it—”Shame on you!” (Maclean’s)