The Commons: ‘Ask my brother-in-law’

A loud and furious afternoon of openly wondering and shouted theories 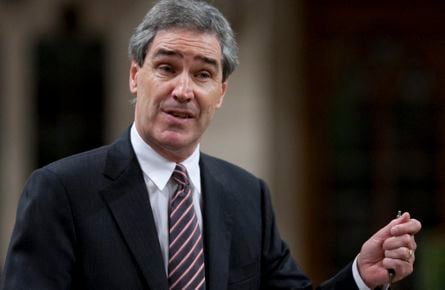 The Scene. If the House has been struck with one thing these past few weeks it has been a rather simple question: why is it that this government does what it does? The government, you see, isn’t much for explaining itself, its motivations or its thought processes. And when, on rare occasion, it does attempt to explain, its explanations are often said by its exacting critics to escape logic.

And so perhaps today’s reckoning—a loud and furious afternoon of openly wondering and shouted theories—was inevitable.

The Bloc, for instance, was quite perplexed. Or perhaps apoplectic is a better adjective. They were befuddled (to use another word) by the government’s approach to women’s groups and advocacy. Was the government, wondered Nicole Demers, guided by religion? Was it faithful to ideology?

The Bloc was unpersuaded. But then Jack Layton was up, apparently hoping to set something else straight.

“Mr. Speaker, let me get this straight,” the NDP leader said, speaking quietly and evenly, choosing to withhold his indignation for the time being. “There are some very serious allegations from a very credible third party, and we have to believe the Bank of Montreal is a more credible third party than a private investigator, suggesting that the Conservative member of Parliament from Calgary Northeast is linked to what is believed to be, at $100 million, the largest bank fraud in Canadian history.”

This was, to this point, a review of the circumstances surrounding government backbencher Devinder Shory. But then the hook.

“What is the difference between him and member for Simcoe-Grey?” Mr. Layton asked, raising the matter of the recently exiled Helena Guergis. “Why did the government not call in the RCMP? Why is the member still sitting in the Conservative caucus?”

The government turned to its solidly built house leader, Jay Hill, to sort this one out.

“Mr. Speaker, despite the honourable member’s penchant for always believing the banks about everything,” he began, apparently joking, “clearly this is a personal, civil matter concerning the member for Calgary Northeast and has absolutely nothing to do with the business of the Government of Canada.”

So apparently there is some distinction to be made between personal and civil allegations and whatever the heck Ms. Guergis is still, quite inconclusively accused of doing. Mind you, it was just a few days ago that Mr. Harper was here and stressing that Ms. Guergis’s alleged troubles didn’t have anything to do with “government business” either. In any event, perhaps it is safe to assume that if Ms. Guergis is cleared of her undefined wrongdoing well enough ahead of the next election, she’ll be happily welcomed back to take a spot beside Mr. Shory on the Conservative side. Indeed, if Parliament is right and just and fair it will put off an election as long as it takes to achieve closure in this regard. Or perhaps that is to misunderstand whatever it is Mr. Hill has said here.

Happily, this was not quite the closest the House came to clarity this day. Indeed there was one identifiable revelation this afternoon—one that seems to break new ground in the understanding of Mr. Harper’s administration.

Earlier, Michael Ignatieff had risen and raised the support of various police associations and the survivors of the massacre at l’École Polytechnique to make the case for firearms registration.

“There is a reasonable difference of opinion,” John Baird responded, quite reasonably, “in that we believe the billions of dollars spent on the long gun registry have been a waste and that we can make better criminal justice reform, such as has been implemented by the Minister of Justice in this Parliament, that this House can be proud of.”

Mr. Ignatieff was unmoved and he even had a fact to present.

“Mr. Speaker, just as a point of fact, that is one of the Top 10 myths of the Canadian firearms program. It actually costs $4.1 million a year to operate. It is good value and it keeps Canadians safe,” he ventured.

Mr. Baird stood again to explain who the government wishes to stand with. “Mr. Speaker, I will take the word of the Auditor General who certainly did not call it value for money when more than $1 billion was wasted on the creation of the long gun registry,” he recalled. “We stand with victims. We stand with Canadians. We stand with all of those who want to make our communities safer.”

Once more to the Liberal leader, now deftly employing his hand chop and that bit where he puts his thumb and fingers together to signal he’s making a specific point. “Why will the government not do the right thing and stand with police officers, stand with chiefs of police, stand with legitimate gun owners who believe that the gun registry is an essential measure of public safety, stand with those police officers who know they need a gun registry in order to keep officers safe?” he begged. “Why will the government not listen to these voices of reason?”

Amid these queries from Mr. Ignatieff and much shouting from the government benches, an identifiable cry came from the further reaches of the Conservative side.

“Ask my brother-in-law!” the voice advised.

So there. And so apparently we now know upon whose advice this government is acting. So does everything perhaps make sense.