The Commons: Bow before the independent business owner

As soon as MPs know precisely what they want, they will give it to them 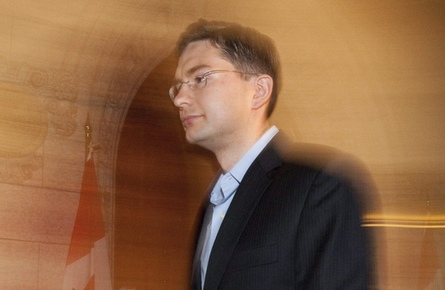 The Scene. At the risk of giving away the surprise ending, let us start with this afternoon’s profound revelation. You may wish to sit down first and are advised to put on a helmet or some other kind of cranial reinforcement to prepare for the fact that what was revealed here today may well blow your precious mind. Moments of such insight into the meaning and workings of the world that surrounds us are so rare. Indeed, it is possible that some of you may not yet be prepared to process and accept what was made clear to those of us in the House this afternoon.

But let us now say and hear what needs to be said and heard. Let us be honest with ourselves and each other. And, specifically, let us know this: according to a national organization whose stated purpose is to advocate on behalf of independent business owners, most of this country’s business owners would prefer to pay less in taxes on the revenues their businesses generate. Not more, less. Surely not since the Canadian Federation of Independent Little Girls announced in 1925 that its members would not, if offered, be adverse to accepting the gift of a pony has our understanding of human behaviour been so fundamentally altered.

And let the record show that it was Pierre Poilievre—a man they call “Skippy”—who brought this reckoning upon us.

For sure, this afternoon’s exchange of shouted sentences did not begin with anything to indicate such insight to come. The first rounds between Messrs. Ignatieff and Harper were fairly rote—the former restating his objection to further corporate tax cuts, the latter restating his intention to continue cutting corporate tax rates.

Then though came Scott Brison, in his slim-cut suit and sing-song accent. “Mr. Speaker,” he sang, “the CFIB has said that cutting corporate taxes is not a priority for small business.” The CFIB, in this case, is the Canadian Federation of Independent Business—an organization that has recently taken on pronounced authority in this chamber. Policemen, firemen, nurses, teachers, mothers, children, all have been displaced on the political deference scale by the small business owner.

Mr. Harper now seemed to think he had one on Mr. Brison.

“Mr. Speaker, unfortunately for the honourable member, he has raised an issue of fact. The fact is that the Canadian Federation of Independent Business, the small and medium sized businesses of this country, is absolutely opposed to the tax hikes proposed by the Liberal Party that would raise taxes on over 100,000 Canadian small businesses, absolutely opposed,” he said quite absolutely, chopping his hand and wagging his finger.

The Liberals now seemed to think they had one on Mr. Harper. “Oh yeah, you’re walking right into it!” yelled Ralph Goodale with some glee before Mr. Ignatieff waved for him to be quiet (lest, one assumes, he spoil the surprise).

“He can check with Catherine Swift if he is not sure about it,” Mr. Harper finished, referring to the president of the CFIB.

Mr. Brison was indeed ready for this. “Mr. Speaker, the Prime Minister is misleading Canadians once again,” he declared. “CFIB’s Vice-President Corinne Pohlmann has said publicly, ‘corporate tax cuts are not in our top 11 [priorities].'”

Now Mr. Harper was quite furious, gesticulating all about and even managing to point both fingers at the same time (a move he has not felt compelled to pull since he nearly gave away his office to Stephane Dion in December 2008).

Mr. Harper is, of course, nothing if not deferential to credible voices and interested parties when it comes to formulating national policy. But across the way, the Liberal side seemed rather pleased with all of this. However impressive Mr. Harper’s ability to point in a resolute and accusatory fashion, the official opposition appeared to feel a certain sense of success.

A short while later though, Mr. Harper got up from his seat and approached Mr. Poilievre, his parliamentary secretary. After a brief discussion, Mr. Poilievre left for the adjacent government lobby. He returned to discuss matters with Mr. Harper and House leader John Baird and then disappeared again. Finally he returned, handed pieces of paper to Mr. Baird and Minister of State Ted Menzies and then took his seat. From there he motioned for a page to fetch him a glass of water and seemingly began to prepare to say something aloud, mouthing the words to himself as practice.

Shortly after three o’clock then, with Question Period nearly through, the Conservative side sent up a dutiful backbencher to ask a planted query of Mr. Poilievre. Here Skippy stood to report on his homework.

Triumphant, he returned to his seat as the Conservatives leapt up to cheer. “You just got beat up by Skippy!” Mr. Baird yelled in Mr. Brison’s direction, managing to demean all parties involved simultaneously.

Afterwards, Mr. Brison stood on a point of order and requested the unanimous consent of the House to table the CFIB’s recently released list of priorities for the next federal budget. Alas, the government side denied him such consent. Which is a shame, not least because if the Canadian Federation of Independent Business is now dictating national fiscal policy, the House should know precisely what it is they want.

Mind you, perhaps the revelations contained therein are so revolutionary that they best be parcelled out slowly and deliberately.