The Commons: If we can't talk to each other, we can only talk to ourselves

And that makes us look crazy 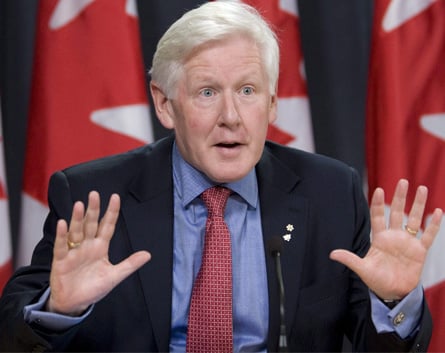 The Scene. The Conservatives cheered as Bob Rae, perhaps their preferred opponent, stood to start Question Period. Then, though, he spoke.

“Mr. Speaker, my question is for the minister responsible for public health and for H1N1,” said the white-haired one. “It is very clear that there was a delay in the decision of the federal government to order the vaccine. It is very clear that there has been a delay in the distribution of the vaccine. I would like to ask the minister, in light of these two clear facts that are delineated by the evidence, does she not understand that these delays have cost and will cost lives?”

The Conservatives groaned, having apparently expected something more laudatory of their efforts.

On this question of health policy, it was of course Tony Clement, the Industry Minister, who was offered up to respond. Just as Christian Paradis, the Minister of Public Works, would later take a question on climate change, the Treasury Board President Vic Toews would expound on the scourge of organized crime, and Heritage Minister James Moore would stand and account for the government’s approach to taxation.

“Mr. Speaker, in fact our Minister of Health has been working with the Chief Public Health Officer and has been working assiduously with the provinces and territories across this land to deliver the vaccine,” Mr. Clement informed the House

And surely we can all agree that assiduously is a very impressive-sounding word.

But Mr. Rae, a man who knows at least several words of ten letters or more (note his aforementioned use of the term “delineated”), was not convinced. “Mr. Speaker, there was a delay of several months in the decision to order the vaccine. Those facts are very clear,” he offered. “There was an entire gap of time in which things were not done which needed to be done. There was a race against time, and we are now late in dealing with the outbreak of the virus. I would like to ask the minister—yesterday, in the Saskatchewan Legislature, the Minister of Health announced that there will be 40,000 fewer vaccines distributed next week than there were this week because of the decisions of the federal government. Those cuts are being faced by provinces across the board.”

Then, a question. “How,” Mr. Rae asked, “does the minister justify the fact that we are late in the day in dealing with this crisis?”

It was here that Mr. Clement decided he was Abraham Lincoln. “Mr. Speaker, I have a simple proposition to the honourable member and to the rest of his caucus, work with us,” the Minister enthused. “Work with public health officials who give their best advice to us day in and day out, work with the doctors, work with the nurses, work with the medical profession. We are all in this together. Work with us.”

His Conservative colleagues stood to applaud as he went, swelling to a full ovation as he finished. Seated in front of their televisions at home, untold numbers of viewers no doubt openly wept.

John Baird had been chirping about Carolyn Bennett, the Liberal who has been the subject of much attention this week, but who was not present this day. When Liberal David McGuinty stood to ask why so many federal ministries had been allocated so many millions of dollars for advertising, Baird found opportunity to offer his thoughts on the record.

“Mr. Speaker, if the Liberals had their way, they would continue to spread the kind of misinformation and scare-mongering that they have been doing in recent days. Their health critic had to of course apologize earlier for making some rather regrettable comments and trying to make light of a public health emergency,” he lamented. “We have an important responsibility. The Minister of National Revenue makes important pronouncements with respect to the tax credits available to Canadians. The Minister of Finance reports back to Canadians, as mandated by this House, on our economic stimulus plan. We are working hard to create jobs and opportunities. We are working hard to get that job done.”

Much of the rest of the hour was given to Mr. Baird’s one-man avant-garde theatrical exhibition, entitled Exploration of the Tangential. In short order the House heard reference to two former Liberal cabinet ministers, the lodging requirements of the international press, the current Premier of Ontario, a current minister in the Ontario government, and commercial fishing practices. Bravely seated, Mr. Clement motioned for the opposition to keep it coming.

As such it was perhaps not entirely surprising what came a little while later.

Up stood Judy Foote, a rookie Liberal along the opposition back row. “Mr. Speaker, my question is for the chair of the Standing Committee on Government Operations and Estimates,” she said, simply enough. “For months the committee has been asking the government for the exact amount of dollars spent on infrastructure. The Parliamentary Budget Officer was not able to provide the committee with specific dollars because the government has not given him the information and now we understand that the government is muzzling public servants. I ask the committee chair if today’s agenda will finally allow us to get this information or will the government stonewall and continue to obstruct the committee from doing its work on behalf of Canadians?”

Thing is, the chair of the Standing Committee on Government Operations and Estimates is a Liberal. So here the Speaker called on Yasmin Ratansi.

“Mr. Speaker, I thank the member for her question,” Ratansi reported to hoots and hollers from the government side. “The committee agenda is focused on the impact of infrastructure spending on the economy. Numerous witnesses have stated that the minister is not providing concrete information. It is very hard for the committee to do its work. The Parliamentary Budget Officer has also been denied the information he needs to do his job. On the agenda today in committee, we will be hearing from the minister responsible and we trust the minister will provide the exact and complete amount of dollars that have flowed to projects so that the committee can conclude its study.”

The Conservatives did not find this answer particularly sufficient and loudly said so. The Liberals stood and cheered.