The Commons: In other news

Peter MacKay owes Helena Guergis a note of thanks 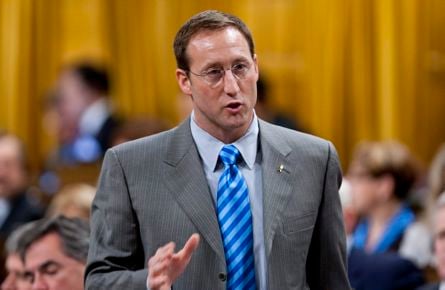 The Scene. When all of this is past, and Helena Guergis has either been redeemed or forgotten or both, various members of this government might send her a polite note of thanks. Peter MacKay in particular.

If not for Ms. Guergis’s unfortunate spring, it might very well be much worse for the government side. If not for the opposition’s eagerness to chase the mystery of Ms. Guergis’s misdeeds—rightly or wrongly, justifiably or not—the questions would be far more profound and far less easily dismissed. As it is, every question asked about who may or may not have alleged what she may or may not have done and why we may or may not ever know about any of it, is a question that does not involve the phrases “torture” and “Asadullah Khalid” and “Afghanistan.”

Indeed, every question about the affairs of the former minister of state for the status of women is one less opportunity for Peter MacKay to stand up and say something silly. And for this we are all surely the poorer.

Over the weekend—though understandably buried in a back section, well behind the smiling faces of Helena Guergis and Rahim Jaffer who graced the front page—the Globe and Mail published the results of another investigation by Graeme Smith into the moral muck that is this country’s mission in Afghanistan. This time the tale involved an Afghan governor, his torture chambers and the possibility of implicit Canadian complicity.

Monday afternoon, the official opposition mustered not a single question about the matter, dwelling instead on which cabinet ministers Ms. Guergis’s husband may or may not have spoken with at some point last year. It was, instead, the stubborn and relentless Newfoundlander Jack Harris, the NDP’s national defence critic, who first raised the issue.

“Mr. Speaker, on Saturday The Globe and Mail reported that the government was aware of the activities of the former governor of Kandahar, Asadullah Khalid, and his gang of torturers called brigade 888, regarded as trusted allies. Brigade 888 reportedly received $12,000 a month from Canada’s Joint Provincial Co-ordination Centre and it is alleged that Canadian Forces were even asked to hand out the money,” Mr. Harris reported. “These allegations come as close to complicity as it gets. Can the Minister of National Defence tell us who made the decision that Canada would act as paymasters for torturers in Afghanistan?”

Instead, the Defence Minister rose and managed, in simultaneous sentences, to both dismiss the reporting in question and cite it as authority. “Mr. Speaker, I know the honourable member likes to believe every single solitary word he reads in the Globe and Mail,” Mr. MacKay chided, “but let me quote from that same article. It says: ‘However, Canadian soldiers who served at the JPCC said they were unaware of any payments…’ It goes on to quote a Canadian officer who says, ‘We never paid those guys.’ Why would he not take the word of a Canadian soldier on this matter instead of a journalist?”

You could spend much of the rest of your life trying to unravel the logic of all that. Or you could give it a once over and conclude there is none.

Mr. Harris tried again and Mr. MacKay once more assertively asserted his unyielding support for the troops. Claude Bachand then rose to raise issues that have arisen from the last hearings of the Military Police Complaints Commission. Mr. MacKay dismissed these too.

Onward and upward and over then to this morning. Just past 9am, Richard Colvin, in a grey suit and closely cropped hair and looking somewhat uncomfortable, walked into the converted broom closet on the 10th floor of a downtown Ottawa office building that is the scene of the MPCC hearings. Around the room, binders of evidence were stacked nearly to the ceiling. Slightly more than a dozen reporters sat close together in the makeshift gallery, just less than a dozen lawyers sat close together in the makeshift courtroom, the cameramen crowded into the one corner of the room that allowed them a clear shot at the witness. As the commission lawyer proceeded with the methodical business of interrogation, Colvin, softly speaking in a British lilt, reviewed his story: much of it already stated, almost all of it still not adequately accounted for.

Messrs. Bachand and Harris were rejoined by Liberal Ujjal Dosanjh this afternoon. The three combined for six questions, two of which were handled by Justice Minister Rob Nicholson and four of which were taken by Peter Kent, the parliamentary secretary to the minister of foreign affairs with responsibility for the Americas.

“Mr. Speaker, these allegations have been made previously,” Mr. Nicholson said of Mr. Bachand’s concerns.

“Mr. Speaker, allow me to reassure the House there is nothing new here,” Mr. Kent assured a response to Mr. Dosanjh.

“Mr. Speaker, as I just told my honourable colleague in the official opposition, these allegations have been fully and widely aired before the special commission on Afghanistan and the Canadian government continues to press the government of Afghanistan with regard to the respect of human rights,” Mr. Kent said of Mr. Harris’s question.

It’s unclear how precisely this was meant to reassure anyone.