Even if Jaffer was lobbying, he wasn't very good at it 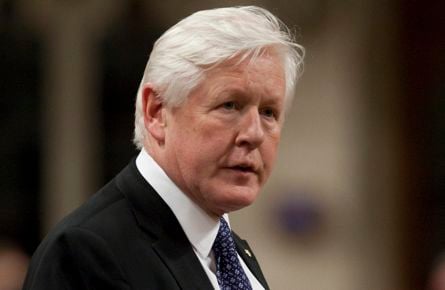 The Scene. Bob Rae stood and commenced to separate the knowns from the unknowns.

He held his hands in front of him and brought them close together, as if to put this all in a metaphorical box for presentation to the Prime Minister.

Alas, he had spent so much time reviewing just one-tenth of this story that his time had run out.

No matter, the Prime Minister was in no mood for gifts anyway. He wanted only to be clear. Absolutely clear.

“Mr. Speaker, let us be absolutely clear,” he said, “there are no government contracts of any kind involved here. That is because ministers and parliamentary secretaries have conducted themselves properly at all times. The government has put in place important laws to regulate the affairs of lobbyists. Those laws are enforced by an independent Lobbyist Commissioner. If Mr. Jaffer or any other individual has violated those laws, I am confident they will be held accountable.”

The Conservatives across the way loudly complained with this choice of analogy. Mr. Rae, now sermonizing, raised his voice over theirs. “I would like to ask the Prime Minister,” he declared, “does he not realize that he bears some responsibility for the culture of deceit that envelopes the Conservative government, that gives special access to some, and denies others the same kind of treatment?”

“Again, Mr. Speaker, there are no government contracts, no government business involved here,” the Prime Minister repeated. “That is a strange definition of special access in anybody’s books.”

And so maybe Mr. Jaffer was lobbying his friends in government. Maybe he wasn’t. But surely, we can all agree that even if he was, he wasn’t very good at it.

After another go from Mr. Rae, the Liberals sent up Siobhan Coady, their no-nonsense Newfoundlander. “Talk about special access, Mr. Speaker,” she sighed. “Yesterday, the Minister of Transport, Infrastructure and Communities circulated copies of proposals for Mr. Jaffer that the minister said he had not spoken to him about. These proposals, asking for millions of taxpayers’ dollars, were sent for review to the parliamentary secretary to the minister. They were not submitted using regular channels. They were given special attention by the parliamentary secretary. Can the minister confirm that he knew of these proposals and gave Mr. Jaffer, the former Conservative caucus chair, special access?”

Over to John Baird, who stood solemn and serious and suddenly short of things to say. “Mr. Speaker,” he said, “in direct answer to the member opposite, at no time did Mr. Jaffer ever discuss any of these issues with me.”

Ms. Coady pressed further, accusing the minister of panicking and releasing various versions of various documents after yesterday’s mess of a committee hearing. And now Mr. Baird was indignant and perhaps a bit besmirched and stood, looking quite serious again, to proclaim his government to be open and ethical and transparent.

Another nine questions from a tri-partisan collection of speakers followed, but happily the House did not move on before Thomas Mulcair, the dramatic NDP deputy, had his moment in front of an open microphone.

“Mr. Speaker, the summer theatre season is upon us,” he reported, “and it would appear that the Prime Minister has decided to audition for the role of Lady Macbeth but he is going to have trouble washing his hands of this one though.”

At this Mr. Harper signaled to the Transport Minister to handle the government’s response. The Prime Minister’s day was done and now Mr. Mulcair and Mr. Baird would spar over who had said what to whom about what.

“Who,” Mr. Mulcair finally begged, “is going to take the fall this time for the government’s sleaze?”

He veritably hissed this last word.

And yet even this was not the day’s unkindest clause. No, that had been delivered just moments earlier, when Gilles Duceppe stood to raise the possibility that Helena Guergis, if cleared by the RCMP, might soon rejoin the Conservative caucus.