The Commons: There once was a woman from Montreal

"The question she wants answered is, 'What about my priorities? When am I going to matter?'" 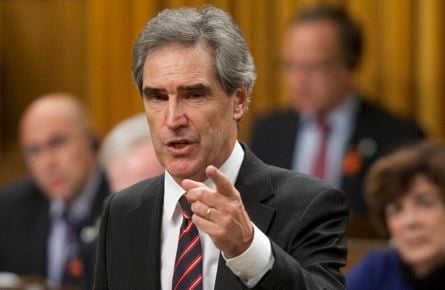 The Scene. Michael Ignatieff had a story to tell. A story about a woman he’d met in Montreal this summer. A woman who was caring for her two ailing parents at home, her father insufficiently supported as a military veteran. Mr. Ignatieff figured there were three million Canadians like this woman in Montreal. And so how, Mr. Ignatieff, wondered, could the government explain spending $6-billion on corporate tax cuts instead of helping families like hers?

John Baird, the Prime Minister’s designated stand-in, stood to reassure the woman. “Mr. Speaker,” he said, “I can say to the woman that the opposition leader meant that our government has made an unprecedented commitment to veterans, an unprecedented commitment to our men and women in uniform, to ensure that they get the care that they need after they so bravely served our country.”

Whether or not this mollified the woman’s concerns, it did not satisfy Mr. Ignatieff.

“Mr. Speaker, the woman I met in Montreal this summer looks out at a world in which her government is spending $1.3 billion on a G8-G20 summit, $16 billion on planes without a competitive bid, triples the publicity budget of the government, and is about to give big corporations a $6 billion tax break,” he said.

There were shouts from the government side quibbling with the opposition leader’s accounting. Laurie Hawn, for instance, seemed to suggest the cost of new fighter jets was a mere $9-billion.

“The question she wants answered by the government is, ‘What about my priorities? When am I going to matter?'” Mr. Ignatieff finished.

Mr. Baird stood to plead his case, chopping his right hand and pumping his fist, mouthing platitudes about his side and moaning scorn on a Liberal government that was last in power some four years and ten months ago.

With his last intervention, Mr. Ignatieff repeated his concerns, with a slight twist on the provocation. “When is the government going to pay some attention to the growing needs of Canadian families for home care assistance?” he wondered aloud. “When is it going to get its priorities right?”

So provoked, Mr. Baird stood to reassure everyone within earshot. “Mr. Speaker, for this woman in Montreal,” he offered, “her priorities are our government’s priorities.”

The predominance of the women from Montreal would not go unchallenged though.

“Mr. Speaker, Frank Rainville is a senior in Sturgeon Falls, Ontario who told me about how his bills for basic utilities have gone up by $20 a month just this past month because of the government’s HST,” the NDP’s Jack Layton reported a short time later. “He asked me how he could cope with heating bills when he has to turn the thermostat on because it is cold up there. The fact is heating bills are going up all across the country and working families are struggling right now. Will the Prime Minister show some leadership, join with us and work to take the federal sales tax off home heating fuel now?”

Mr. Baird offered a confusing metaphor in response. “I welcome the NDP members aboard the tax cutting train,” he said, “but they are too late. The train has left the station.”

With his second opportunity, Mr. Layton upped the rhetorical ante, suggesting that instead of subsidizing the oil industry, the government might provide a heating bill exemption not only for Mr. Rainville, but—to use a wonderful French phrase—for “M. et Mme Tout-le-Monde.”

In a rare stumble, Mr. Baird met this with a suggestion that Mr. Layton take the matter up with the NDP government in Nova Scotia, where a similar harmonized sales tax has recently been adopted. “Maybe he should visit Halifax,” Mr. Baird huffed. And here, with some glee, Mr. Layton enjoyed the opportunity to point out the punchline into which Mr. Baird had just walked.

“Mr. Speaker,” he shot back, “the NDP government in Halifax just took the sales tax off home heating bills.”

And so it was settled that if Mr. Rainville is expecting any relief, he might consider a move east before the weather gets much colder.