If the government has been clear about one thing, it is just how easily it can change its mind 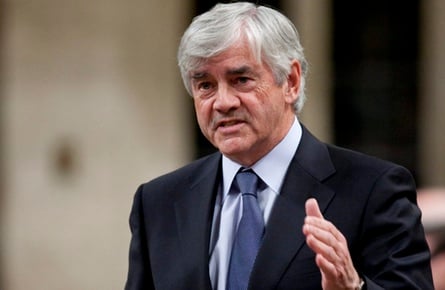 The Scene. The Liberal leader furrowed his brow. Michael Ignatieff had tried twice to gain some kind of clarity from the Foreign Affairs Minister and twice Lawrence Cannon, sticking to the script set out on the desk in front of him, had provided only the vaguest of notions.

“Mr. Speaker, these answers are genuinely absurd,” Mr. Ignatieff ventured with his third opportunity. “We are five days away from the Lisbon summit and the government is unable to stand in the House and tell us exactly what the post-2011 combat mission looks like.”

His eyebrows jumped toward the ceiling as he finished.

With that asked, Mr. Cannon stood here to make a daring claim to seriousness. “Mr. Speaker,” he said, “we have been repeatedly clear on this particular issue.”

Indeed. This government has consistently spoken quite resolutely. All along it has sought to express itself quite clearly and definitively in regards to this country’s engagement in Afghanistan. And for sure, looking back now on its various pronouncements, it is clear to see just how unabashedly this government has expressed entirely contradictory views on the most intensive military mission this country has embarked on since the Second World War. If it is transparency we most prize, this must count for something.

It was the Prime Minister himself who, quite clearly, told the troops in 2006 that “cutting and running” was “not the Canadian way.” Mr. Harper who told a military rally in 2007 that “we can’t set arbitrary deadlines and wish for the best.” Mr. Harper who, on the campaign trail in 2008, told a breakfast table of reporters that the military mission would end in 2011 because “you have to put an end date on these things.” And Mr. Harper who, in the spring of 2009, conceded that Western forces could not hope to entirely defeat an insurgency.

That concession was in response to a question about extending Canada’s mission past 2011. And on that end date, again, Mr. Harper was absolutely clear. “We will not be undertaking any kind of activity that requires a significant military force protection, so it will become a strictly civilian mission,” the Prime Minister told interviewers eleven months ago. “We will continue to maintain humanitarian and development missions, as well as important diplomatic activity in Afghanistan. But we will not be undertaking any activities that require any kind of military presence, other than the odd guard guarding an embassy.”

In June, the Prime Minister expressed “some interest” in a Liberal proposal to keep troops past 2011, but said the government was following a parliamentary motion agreed upon in 2008. Indeed, when the Defence Minister confessed “great interest” in the Liberal suggestion, the Foreign Affairs Minister assured that “Peter might be open to the idea, but this doesn’t mean that the Prime Minister and the Government of Canada is open to the idea.”

So it was that last week, the Prime Minister admitted—beginning with the immortal words “Look, I’m not going to kid you”—that at some point recently he had changed his mind entirely. The Prime Minister and the Government of Canada were now open to the idea. Not because the Prime Minister wanted to, mind you, but because he felt he had to—or at least that he should.

And so it was that Mr. Cannon could say today that “in accordance with the parliamentary motion that was adopted here in the month of March 2008, Canada’s combat mission will end in 2011” and maintain some claim to clarity.

Not that the government is yet willing to explain whatever it has now decided.

“Perhaps, Mr. Speaker, I could try again and ask a very specific question of the minister,” Bob Rae, the shadow foreign minister, offered after Mr. Ignatieff had his tries. “Could the minister tell us how long he expects the training mission to last, how many trainers he expects to be there and how much does he anticipate that this training mission will cost on an annual basis?”

Mr. Cannon stood and reported that the Prime Minister had said the new mission would last until 2014. Otherwise, the Foreign Affairs Minister was not prepared to say anything unequivocally. “As we speak,” he said, “we are still reviewing the role that Canada will play and when we have completed that, we will be able to inform the House.”

Jack Layton, positively delighting in the chance to lament for both the Liberal and Conservative positions, next honed in on the small matter of the House’s role in all of this.

“A Conservative government,” quite clearly reads the Conservative 2006 campaign platform, “will make Parliament responsible for exercising oversight over the conduct of Canadian foreign policy and the commitment of Canadian Forces to foreign operations.”

When the newly elected Prime Minister sought months later to extend the mission in Afghanistan, he was crystal clear in his remarks to the House. “If we made this promise,” he maintained, “it was because before we send diplomats, relief workers and soldiers on dangerous missions abroad, it is important to be able to tell them that Canada’s parliamentarians believe in their objectives and support what they are doing.”

By last week, though, Mr. Harper had identified a clear distinction he sought to clarify. “When we’re talking simply about technical or training missions,” he said, “I think that is something the executive can do on its own.”

Mr. Layton—sensing that something might be allowed to happen without him being allowed an opportunity to properly express his righteous indignation—was thus displeased. “If the government really believes what it often says, when it extols the virtues of parliamentary democracy, why is it allowing a mission costing billions and three more years of danger for our troops to go ahead without a vote?” he cried, pumping his fist and leaning forward.

Here, again, the Foreign Affairs Minister stood with a daring claim to seriousness. “Our recent deployment of military personnel to Haiti following the earthquake in the month of January is a perfect example,” he explained, “of deploying troops in a non-combat role without requiring a vote of the House of Commons.”

Here Mr. Cannon had bravely laid bare the government’s lingering confusion. Here the Foreign Affairs Minister, one of this nation’s foremost faces unto the world, confessed to seeing no distinction between sending Canadian soldiers—whatever the exact job description—into a war zone and sending Canadian soldiers to aid another country in its recovery from an earthquake. Thus, perhaps, does everything else make perfect sense.

The opposition parties had by then combined to register 12 questions on the matter of the mission in Afghanistan, none resulting in a revelation more substantive than this. Awhile later, Messrs Ignatieff and Rae would rise twice more each, those four attempts clarifying only what was already abundantly clear.

With his last answer, Mr. Cannon encouraged the Liberal leader to be patient. And for sure, this was good advice. For if we give this government another 24 hours, there’s no telling what new clear and resolute pronouncement it might make.