The Commons: What alien hordes may come

Can we really be content to spend only $16-billion on fighter jets? 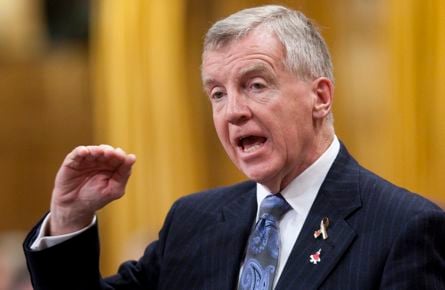 The Scene. With the opposition persisting for another day to question the allocation of some $16-billion for new warplanes, it was Laurie Hawn, a former air force colonel himself, who rose to impress upon the House a most profound question—perhaps the single most daunting dilemma that faces this or any government.

Earlier in the day, the Finance Minister had invited himself in for coffee and cookies at the house of some nice suburban family to demonstrate that, from here on, his government was done spending taxpayer dollars recklessly (or words to that effect). That next year’s budget, unlike previous attempts, would be prudent and responsible.

At this, the opposition was easily puzzled. “This government continues to spend billions of dollars on wasteful purchases for fake lakes, untendered stealth fighter jets and Republican-style prisons that Canadians are convinced we do not really need,” moaned Liberal Bryon Wilfert. “How is putting $16 billion, and counting, at risk for the purchase of untendered stealth fighter jets, using the minister’s own words: ‘practical, pragmatic and moderate?’ Is he serious?”

Here then came Mr. Hawn, moved to lay bare the existential crisis at the heart of good governance. “Mr. Speaker, what we are very serious about is giving the Canadian men and women who carry out the very difficult missions on behalf of the people of Canada and others the very best equipment to do the job tomorrow and for the next 20, 30 and 40 years,” he said. “We do not know what is coming in the next 20, 30 or 40 years and neither does the member opposite.”

Indeed. Here is what every government must confront in directing its citizens forward. We do not know what may come, we cannot know what may come, but we must prepare for it all the same. We must make our best guesses and act decisively, but ultimately we can only imagine. And so we must push ourselves to consider every possibility, prepare ourselves for every eventuality and dream impossible dreams of every potential doom.

To understand why we might need $16-billion-worth of new fighter jets then, think not simply of Russians or exploding printer cartridges, but cast your mind even further forward to the threats of the future—to the time of 2050 and perhaps the most dire possibility of all: the looming spectre of alien invasion.

Astronomers will argue that the real threat is asteroids, that what we must pursue is a way to blast space rocks out of our way, lest they make contact with Earth and extinguish all life on this planet. But what those ivory tower elitists miss is what Hollywood’s most responsible producers have been warning us about for decades: that ultimately, inevitably, we will have to confront an incursion from an extraterrestrial species that seeks our total destruction (or at least our subservience). That threat, as Mr. Hawn wisely hinted this afternoon, is what must guide our present action. And only on that basis must we ask questions about this government’s commitment to the joint strike fighter program.

For instance, how well would these new F-35s be expected to confront large alien spaceships? Based on Hollywood’s projections, most 20th century technology was powerless to repel alien hordes. Will our F-35s be equipped with lasers of some kind? Will they be able to penetrate alien forcefields? Will we have a sufficient number of aircraft to defend ourselves against anything as large and powerful as the ships the aliens used in Independence Day?

Indeed, given the potential depth and breadth of such a threat, can we really be content to spend only $16-billion? Or should we, in this era of prudent federal spending, look for more efficient, cost-effective solutions? Remember here that the space invaders in Independence Day were ultimately defeated by a combination of computer programming, strategically employed nuclear weapons and character actor Jeff Goldblum. By that logic it may be futile to engage in an arms race with the alien armies: that our money, energy and time would be better spent devising a way to build forcefields of our own around major cities and institutions so as to defend our primary targets in the first moments of an invasion.

Obviously some degree of coordination with NATO and the international community will be necessary, but selfishly we can take heart in the recent defection to our side of Randy Quaid, who, as loving-father Russell Casse in Independence Day, selflessly flew his fighter jet into an alien spaceship to bring about its destruction. There’s no telling what degree of insight and expertise he can thus provide.

Regardless what we have here, hopefully in time to sufficiently prepare ourselves, is a necessary call for foresight and perspective. By comparison, when Liberal deputy leader Ralph Goodale lamented a government that had recklessly wasted this country’s fiscal situation on pre-recession spending, international summitry, advertising and jails, all government House leader John Baird could muster was a claim to have also created jobs.

For sure, a job is a lovely thing to have. But whether or not one is presently employed will be altogether moot if we are all inevitably to be enslaved or annihilated by the alien hordes. Let us hope this government plans its next budget accordingly.