The Commons: Why so bashful? - Macleans.ca 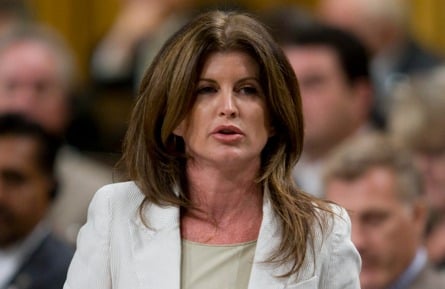 The Scene. Here was Rona Ambrose’s chance. Late in the hour, the New Democrats had sent up Nycole Turmel with an urgent bulletin. ” ‘Public Works managers informed their employees Monday the department will shed about 700 jobs over the coming three years, including the elimination of 92 auditors,’ ” she informed the House, reading aloud from a freshly published news report.

“Is it true?” Ms. Turmel wondered.

And so here stood Ms. Ambrose, afforded a great opportunity to loudly and proudly luxuriate in those “Conservative values”—those “Canadian values,” as the Prime Minister is lately fond of putting it. Here she was practically invited to not only confirm the hundreds of public sector jobs eliminated, but proclaim her government’s belief in those hallowed principles of conservatism: limited government, fiscal prudence, personal liberty and the righteousness of the unfettered market. Here was her chance to champion with soaring prose, or at least exclamation points, a new awakening of freedom, a new day for an empowered nation casting off the shackles of tyranny.

Instead, she said this: “Mr. Speaker, as part of our continuous efforts to become more efficient and more effective, Public Works has achieved the strategic review target set out by Treasury Board.”

To Ms. Turmel’s yes or no question, this seemed the most banal way possible—a lullaby of bafflegab—of confirming the affirmative.

“These savings will provide the room to continue paying down debt and investing in the priorities of Canadians, including lowering taxes for families,” she continued. “Retirement and attrition will provide the public service with the flexibility to manage these decisions without substantial job losses.”

The Conservative side did then leapt up to chant Ms. Ambrose’s surname the way the faithful had chanted the Prime Minister’s a week and a half ago. Indeed, while the Conservatives seem quite proud of what they’ve accomplished electorally, they are rather humble—downright shy even—about what they are doing in the way of exercising the power derived thereof.

It is, of course, mildly problematic that the government of conservative values is not always one of orthodox practice. And explaining that away does not always make for the best applause lines.

Like Ambrose’s mild-mannered, mostly implied salute to the vague notion of smallerish government, this equally failed to stir up a rousing chorus of “Har! Per!”

There is, as well, the continued frontbench presence of Tony Clement, he who is nominally charged with guiding the government towards greater efficiency, but he who is subject to daily taunts about the millions in public funds spent to build gazebos and public toilets around his riding.

The New Democrats find the latter egregious enough that they have assigned two shadow ministers—Alexandre Boulerice and Charlie Angus—to the task of shaming Mr. Clement. Alas, neither have yet so wounded the President of the Treasury Board’s self-respect that he has felt it necessary to stand and respond.

In his place, it has been John Baird’s job to stand and obfuscate and, most awkwardly, enthuse selectively about the millions that were spent for the purposes of a weekend meeting.  “Mr. Speaker, I am happy to describe some of these projects and what was done. There is an airport in North Bay. The government helped resurface the runway so that planes could land on it,” he happily reported. “There is a provincial highway in that part of rural Ontario that was repaved. That is important. A community centre was also built. It is now available for the benefit of the people in that municipality. I could go on.”

Indeed, he could, probably for much of the entire hour, what with all the taxpayer-funded trinkets now scattered around Muskoka that could be detailed and explained at length.

But were Mr. Baird at all interested in matching his words with both Ms. Ambrose’s words and his government’s “own efforts to become more efficient and more effective,” he would, of course, have to say something quite different. Something like, say, “We’re supposed to be a major industrialized country. A major industrialized country surely has conference sites where it can host significant dignitaries without having to spend millions of dollars sprucing up the environment.”

Something like this would, presumably, require the exile of Mr. Clement to the furthest reaches of the backbench. But, for the record, these words were spoken some 16 years ago, on the eve of a G7 summit in Halifax. At the time it was reported that the Liberal government of the day was due to spend $8.1 million tidying up the host city (or less than a sixth of what was put toward stocking Mr. Clement’s riding).

They were spoken by a young agitator named Jason Kenney, who, in one of life’s little ironies, now occupies the seat along the frontbench immediately to the right of Mr. Baird and Mr. Clement.