The decline and fall of Canadian democracy

I’ve seen this graph in a couple of places, but as someone sent it to me I’ll post it here. It combines falling turnout with growing electoral fragmentation to track the decline over successive federal elections in the winning party’s “mandate,” expressed not as a share of the popular vote, but of the overall electorate. (Not sure if this means registered voters, or the voting-age population, but it doesn’t make a huge difference either way.) 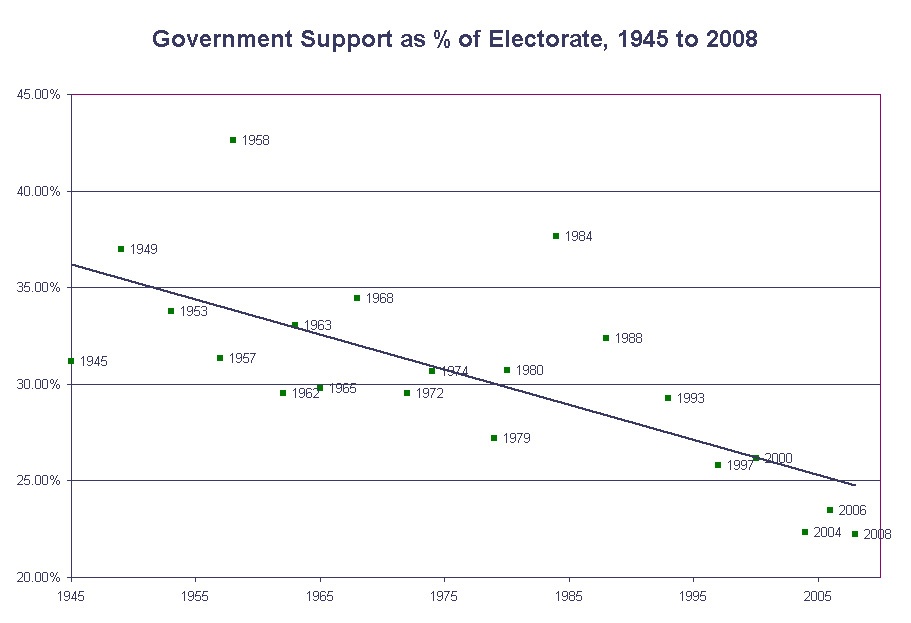 I haven’t checked the numbers, but they look about right. It’s a pretty depressing picture: governments are now claiming “mandates” with the support of barely two voters in 10.