The election that disappointed everyone

Shannon Proudfoot: In the end, the voters sighed and rolled their eyes, giving Justin Trudeau begrudging permission to keep doing what he had been doing, but no more 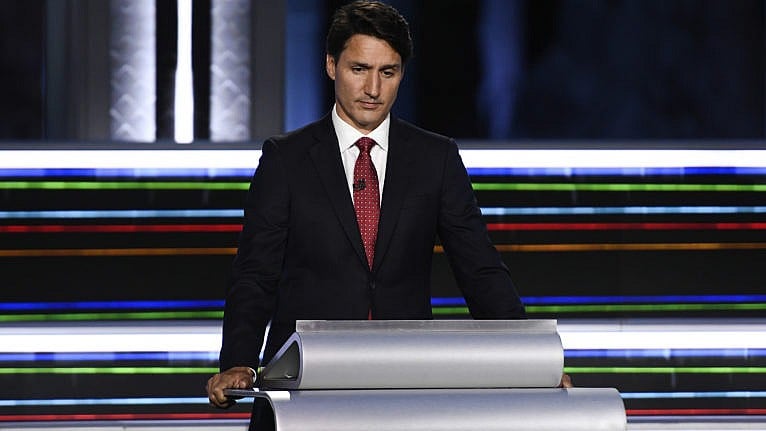 No one got what they wanted on Monday.

Not Liberal Leader Justin Trudeau, who set all of this into motion for the obvious reason that he wanted a majority government, no matter how many times he claimed it was really because the electorate deserved to have a say in how the country emerged from the pandemic.

Not Conservative Leader Erin O’Toole, who enjoyed a buoyant early campaign and at times seemed within reach of the Prime Minister’s Office, or at least of dealing a solid electoral repudiation to Trudeau for his opportunism, but who now may be fighting for his political life with a restive party and base instead.

And not the Canadian public, who very obviously did not want this election, who thought the timing was crass, the reasoning cynical and the demands on their depleted bandwidth onerous and irritating. In the end, the voters sighed and rolled their eyes in exasperation before giving Trudeau begrudging permission to keep doing what he had been doing, but no more.

PAUL WELLS: A win’s a win

With votes still being counted in a pandemic-slowed process, the new Parliament was set to look nearly identical—down to the seat—to its composition before Trudeau dissolved it and launched this $600-million election. The Liberals won a plurality of seats and the right to govern, but they did so with a strikingly low proportion of the popular vote, at 32 per cent as of early Tuesday morning, two points behind the Conservatives.

“You are sending us back to work with a clear mandate to get Canada through this pandemic and to the brighter days ahead. And my friends, that’s exactly what we are ready to do,” Trudeau said to a small, masked crowd in Montreal. “I hear you when you say that you just want to get back to the things you love and not worry about this pandemic or about an election, that you just want to know that your Members of Parliament of all stripes will have your back through this crisis and beyond.”

The Liberals had seemed flat-footed to start the campaign, even though the whole production was their doing. In July, when election speculation was rampant, Canada’s vaccination campaign had been roaring along all summer and cases across the country were lower than they had been in a year, leading to a general feeling that perhaps the worst was truly behind us and the government would have something to thump its chest about. But by the time the campaign was in full-swing—much less into its final stretch, when the situation became truly terrifying in Alberta and Saskatchewan—the fourth wave had crested across the country and the opportunistic reasoning for the election call looked outright foolish politically.

The Liberals had enjoyed a comfortable lead, into the double digits, for months leading up to the start of the campaign, prompting this quest for a majority. But the moment the starting gun was fired, the red dot on all the pollsters’ graphs began to roll downhill while the blue one climbed steadily upward. By Labour Day, the Tories were leading in popular support and it looked like Trudeau had badly miscalculated, but following the official leaders’ debates on Sept. 8 and 9, the Liberal slide halted and stabilized, while the Conservatives bumped back toward earth, leaving the two parties in a statistical tie by voting day.

The Conservatives had released their entire platform on day two, giving them plenty of policy fodder to trot out over the 36-day campaign, while the Liberals waited until several weeks in.

A centrepiece was the national childcare plan for which they had spent several months laying the groundwork by signing childcare agreements with eight provinces. The $30-billion plan to create more spaces and cut average fees to $10 a day across the country within five years was hailed as a game-changer by advocates and analysts—particularly after the pandemic obliterated decades’ worth of women’s gains in the workforce under the crushing burden of trying to work and care for children simultaneously. The Conservative platform, in contrast, called for scrapping that national plan in favour of refundable tax credits that would cover 75 per cent of childcare costs for low-income families.

Dealing with climate change was another key element of the Liberal platform, and many independent analysts declared their plan—which would see carbon pricing rise to $170 per tonne by 2030, alongside a suite of regulations and incentives aimed at cutting greenhouse gas emissions to 40 per cent below 2005 levels in nine years—the most effective and doable among the offerings of all parties. The Overton window on climate policy in Canada has shifted remarkably in just two years. In 2019, Conservative Leader Andrew Scheer fought the election explicitly against Trudeau’s carbon tax, but this time out, Erin O’Toole’s Conservatives had their own carbon pricing plan, albeit with lower prices and targets, and a goofily Byzantine refund structure that seemed mostly designed to avoid calling it a carbon tax.

Those were substantial policy differences and choices for voters to make between the two leading parties. But as the campaign wore on, those were increasingly not the grounds for contrast on which the Liberals fought. They made COVID-19 vaccinations and vaccine mandates into a wedge issue—in part because O’Toole tip-toed himself into a corner on that front. They trotted out classic scare lines about abortion rights and portrayed O’Toole as residing in the pocket of the gun lobby, with an ardent desire to see assault weapons blooming like flowers on Canadian streets.

It was, in perhaps the most grizzled and depressing way, a very grown-up campaign well-suited to an exhausted world that still cannot be rightly called post-pandemic. There were no starry eyes here, no thought that better is possible, no crowds surging on a wave of hope that maybe this time would be different. This was the election version of a marriage of convenience: grim, but gets the job done.

When, on the last weekend before the vote, the Liberal Party released an idealistic sizzle reel featuring uplifting audio of Trudeau whipping up a rally crowd, superimposed over a mix of gauzy COVID-life images—masked faces, playgrounds cordoned off, empty highways—and standard happy-partisan campaign imagery, it all felt a bit unseemly: Do we really have to do this? Can’t we just acknowledge that everyone involved here is tired and doesn’t particularly like each other and knows exactly what they’re getting and that it won’t be what they expected in 2015, but maybe that’s fine because there is something to be said for flinty-eyed realism?

Trudeau’s own former principal secretary and close advisor, Gerald Butts, talked to Maclean’s at length about why he thought the election call was badly timed and the governing party may have profoundly misread the national room. As Butts put it, “I think if you were to summarize this election in one sentence, it would be that: I’m really annoyed we’re having this election, but do I want to change the government because I’m annoyed we’re having an election?”

When Trudeau went to see Governor General Mary Simon to ask her to dissolve Parliament and trigger an election in mid-August, the justification he offered afterward was as elegant as it was transparent: this was not about his political fortunes, but about listening to the people. “We’ve had your back and now it’s time to hear your voice,” he said. “So what do you think? You deserve a say, because this is your moment.”

On Monday, the electorate offered him its answer: fine, sure.