Politics Insider for Sept. 17: Canada's former ambassador in Washington gets a wrist slap, COVID testing capacity is a nightmare in Ottawa and the feds are selling an electric guitar 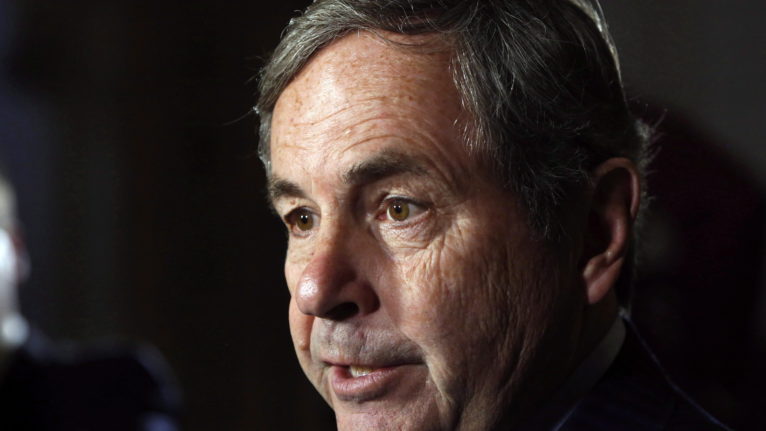 The federal ethics commissioner, Mario Dion, has ordered nine Liberal politicians, senior staffers and top public servants not to conduct any official dealings with David MacNaughton, Canada’s former ambassador to the U.S. and a longtime Trudeau government insider, for one year. The order applies to Finance Minister Chrystia Freeland and Industry Minister Navdeep Bains, as well as two ministerial chiefs of staff and three deputy ministers. Rick Theis, the PM’s director of policy and cabinet affairs, is on the list. So is General Jonathan Vanc​e, the outgoing chief of defence staff.

The commissioner found that in the pandemic’s early days, MacNaughton pitched the pro bono services of Palantir Technologies Canada, the software company he now heads up in Ottawa. Dion ruled that the former ambassador had broken the rule against “taking improper advantage” of a previous government gig, but also concluded that Palantir did not benefit from the meetings. Back in April, The Logic first reported on MacNaughton’s claims during a private event that he’d lined up meetings with top federal officials (Read the full report.)

Erin O’Toole and his family got tested yesterday for COVID-19. One of O’Toole’s staffers had come back positive, so the Tory leader and his brood took no chances. It wasn’t a banner day for testing capacity in the nation’s capital. Families eager to get tested faced hours-long outdoor lines. Maclean’s own Ottawa bureau chief, Shannon Proudfoot, endured a logistical testing nightmare. She gave up on a suburban testing centre when a security guard warned of a six-hour wait. After a wasted trip to a testing centre in Winchester, an hour’s drive away, she ended up lucking into an appointment at the city’s drive-in centre tonight. These ordeals may, she writes, foreshadow a frightening fall. Either we’ll all muddle along, missing work and school…

…or average, well-intentioned people with busy families and lives that need living are going to start fudging their answers to screening questions, sending kids off to school or daycare or themselves off to their workplaces even when they know symptoms have cropped up in their households, because they can’t handle the hassle or outright impossibility of getting tested. After the nightmare I experienced today, I can’t say I blame them.

What is Ontario’s testing capacity? Every premier sent a letter to Prime Minister Justin Trudeau that outlined how they’d spend their share of the $19-billion federal-provincial Safe Restart Agreement. Premier Doug Ford‘s letter boasted about Ontario’s increased capacity, per capita testing rate and overall tests administered—all the highest in Canada. Ford also committed to future capacity “well beyond” the near-term goal of 50,000 tests a day, and “surge testing capacity of up to 78,000 tests per day.” They’ll use $1.28 billion in federal payola to make it happen “in the coming months.” Meanwhile, in the real world, lines grow longer.

The Canadian Press scored an interview with Peter MacKay, the Tory leadership runner-up who’s contemplating his next move back home in Nova Scotia. MacKay identified his campaign’s fatal flaw: “The plan was in retrospect too much focused on the next steps and not enough on winning the party.” As he tried to win over soft Liberals and lapsed Tories, his rivals were shoring up their core vote—and chipping away at MacKay’s lead.

Did the WE scandal make charitable Canadians think twice about donating? Yes, says a new Angus Reid Institute poll. Charitable giving was already trending down before the scandal, says the pollster: 37 per cent of respondents have donated less in the past six months (49 per cent remain unchanged and only 9 per cent have increased donations). Fifty-five per cent of Canadians say the scandal is serious—and a similar majority say it’s raised questions about the whole sector. While most Canadians say WE’s troubles haven’t had an impact on their donations, a solid 38 per cent still say they’re rethinking their giving.

Parks Canada has declared a caribou herd in Jasper National Park locally extinct. On Sept. 3, the agency snuck an update on the population of the maligne herd onto its website. That declining herd “was last observed in 2018 and is considered extirpated.” Two other herds, the tonquin and brazeau, “do not have enough female caribou…to be able to grow the herds.” That update marked a stark change to the same webpage earlier this year. The Rocky Mountain Outlook quoted the Alberta Wilderness Association saying the extirpation was “a tragic, predictable result of decades-long habitat and wildlife errors.”

Need an electric guitar? The federal government would be happy to sell one to you. The federal surplus website is auctioning off a used Dean Hollywood axe—the closing date is today at 2 pm ET—that’s replete with scratches, and comes with no strings, no power cable and a damaged case. “Full functionality,” reads a description, is “unknown.” That hasn’t stopped bidders, who’ve ratcheted up the price from $75 to, at this writing, a cool $89.70. There’s still time.