Politics Insider for Oct. 29: Scheer headwinds, the return of Ford and cabinet shuffle-rama 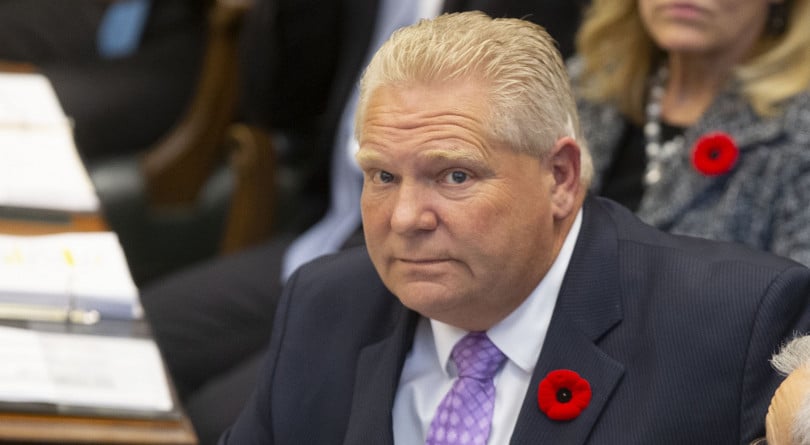 Before getting into today’s Politics Insider, you may have noticed that Monday’s edition was lacking something — the newsletter gremlins stripped out all the links. If there were items from yesterday’s newsletter you wanted more information about, here’s an online version of that edition.

The Conservative forces lining up against Andrew Scheer’s continued leadership are growing louder, though so far the backlash against Scheer hasn’t found a voice in his caucus. Calls for Scheer to resign came from former Conservative cabinet minister Josée Verner Monday and former Conservative MP Terence Young. “Not one voter ever said to me, ‘Gee, I really like your leader,’ Young said, who also didn’t have time for Scheer’s assertion that he was “very happy” with aspects of campaign he ran. “A partial victory is still a loss.” Conservative MP Pierre Paul-Hus did say Scheer’s stance on abortion undermined the party’s campaign in Quebec, but, he stressed, “I am not questioning Andrew Scheer’s leadership.”

Trust issues: Another prominent voice weighed in on Scheer’s failed bid to become prime minister — former Progressive Conservative prime minister Kim Campbell: “The question is not whether somebody who has socially conservative views can be prime minister, it’s whether that person will commit to continuing to respect the law of the land as it is today,” she said while in Ottawa for a conference. “I think the problem with Andrew Scheer is that people don’t trust him, because they don’t trust him not to let the issue to [sic] come up again, when it becomes very, very divisive.”

Now who’s invisible?: Emerging from a five-month election-inspired hibernation, Doug Ford ended the Ontario legislature’s longest break in a quarter century by promising to bring a more collegial tone to government business. Less of the standing ovations and partisan sniping, more bringing Canadians together, he said. “At this critical time I think it’s important for Ontario to step up; step up, unite the country. I’ve never seen the country more divided.” Ford is still going ahead with his court challenge of Justin Trudeau’s national price on carbon, but he said he called Trudeau and the two had a positive conversation about getting “down to work.” Who didn’t get a mention? Scheer, who Ford’s induced political coma was meant to help. Monday didn’t go completely by without Ford mentioning Scheer. Ford’s twitter account retweeted, then deleted, anti-Scheer tweets from an account called @ScheerMustGo. Ford’s office distanced the Premier from the tweet, blaming a staffer “by mistake.”

Regionalism is nothing new: For all the unity anguish since election day, politics in Canada is not significantly more regionalized today than in 2015, writes Scott Matthews, an associate professor in the department of political science at Memorial University of Newfoundland. But there is one anomaly:

Quebec is a partial exception to the general pattern. The electoral recovery of the Bloc Quebecois is a clear sign of increasing regionalism. But importantly, today’s Bloc is in a very different place compared to the strong position the party occupied in the 90s. The Liberals remain, as they were after 2015, the largest party in Quebec (though they lost 5 seats). The Bloc’s success was largely a reflection of the NDP’s collapse in the province, with the Liberals and Tories only lightly affected. Thus Quebec is about as well represented in the major national parties as it was before the election. This is vastly different from 1993, when the BQ had nearly triple the seats of the Liberals and 54 times the seats of the Progressive Conservatives (they had only one seat). Read more ››

Cabinet speculation: The Toronto Star’s Susan Delacourt leads off the obligatory guessing game over who’ll find themselves in Trudeau’s cabinet when it’s revealed on Nov. 20. Could Bill Morneau find himself ousted from Finance to make way for Canada’s first female finance minister in Chrystia Freeland? Can Bill Blair fill the departed Ralph Goodale’s shoes on the Public Safety file? And will Catherine McKenna get a break from the increasingly-poisonous Enviro posting? Stay tuned for much, much more speculation to come.