The genie of Cavendish pops free from his gleaming lamp 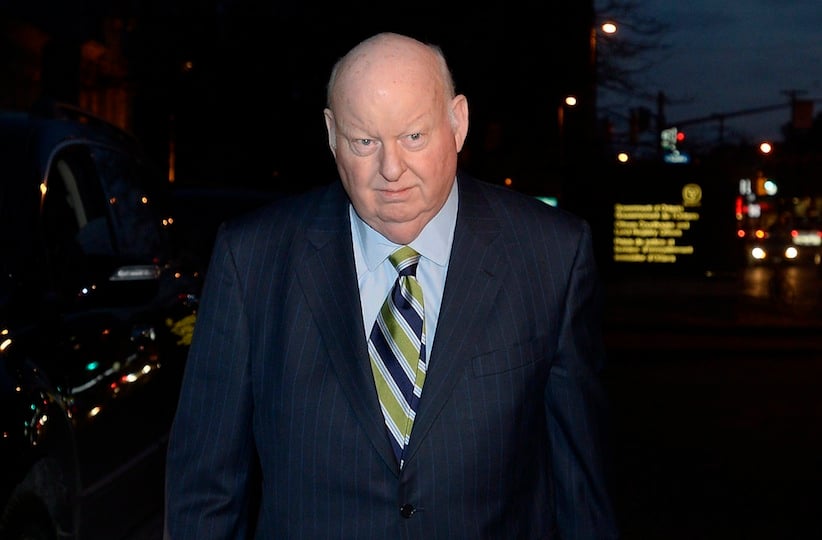 It has only at this point reached the full zenith of its power, now that Sen. Mike Duffy has begun occupying the witness box on a daily basis: the great preternatural glow of Duffy’s bald pate, shining like a beacon through the fog of his testimony.

It is a perfect radiant dome cutting through the dark night of Duffy’s soul in Courtroom 33.

Every so often, its intensity is matched by the red-hot rage of the senator’s anger bursting the seams of the witness box at Ottawa’s Elgin Street courthouse.

“This is OUTRAGEOUS,” he growled in court this afternoon, after it was pointed out that some of the 31 fraud, bribery and breach of trust charges he faces stem from travelling to attend the funerals of dignitaries in Prince Edward Island, the province in which he was born and which he continues to represent, even now, as senator.

The Senate rules appear to allow just such travel.

“I’m sorry,” he added, catching himself, his voice hoarse. “I’m so fed up with this.”

Donald Bayne, his lawyer and the man guiding Duffy through examination-in-chief, made haste in expertly steering his client around the outburst. Bayne appeased him with a wave of his hand—we’ll get to that, he told him—and manoeuvred him along toward the subject at hand.

Here was a glimpse of the intemperate Duffy that the experts foresaw when they suggested Bayne might refrain from ever calling his client as a witness.

This week Bayne forced back the prevailing wisdom and did call him.

Now the genie of Cavendish, P.E.I., who spread Senate largesse like manna from here to Charlottetown, has been decanted from his bottle of silence—eight months of it—and into the witness box. Bayne promised all along we’d hear from him; we spectators in the gallery should have been more careful what we wished for.

And yet it must be said the day began with promise.

Duffy’s testimony has permitted Bayne to revisit a theme his lawyer had introduced in cross-examination, even as the Crown was presenting its case: that Duffy’s appointment to the Senate miraculously, as though via the conveyance of magic carpet, transported his actual residence from the Ottawa suburb of Kanata, all the way to Cavendish, location of a cottage he purchased in the late 1990s for his retirement.

The magic of this Red Chamber teleportation, Bayne insists, was affected through a declaration form that in effect forced senators to identity their place of residence in the province for which they are appointed.

This form allowed Duffy to claim tens of thousands of dollars as a senator on “travel status” in Ottawa, his home for decades.

Therefore in testimony this morning, Duffy revisited a discussion he said he had with Conservative Sen. David Tkachuk, on the margins of a Tory caucus meeting, shortly after being named to the senate in 2008, and on just this topic.

According to Duffy, Tkachuk told him he HAD TO claim everything to which he was entitled, because failing to do so might generate skepticism about his legitimacy as a senator from P.E.I.—rather than from Kanata—and might further call into question the behaviour of his brother and sister senators.

Occasioning this exchange was Duffy’s worry about an article in Charlottetown’s The Guardian newspaper casting doubt on Duffy’s qualifications as a P.E.I. senator, since he had lived away on the mainland for decades.

“I mentioned the newspaper piece and he said, ‘I’m fully aware of it … it’s just politics,’ ” Duffy told court. “He said ‘you became a resident of Prince Edward Island on your appointment.’ He said ‘you own property there?’ I said yes. He said, ‘you have a house there? … you pay taxes there? … you pay insurance?’ Yes. … And he said ‘you’ve got two houses. So the housing allowance is to defray part of the cost of your second home.’

” ‘There’s no reason for you to be penalized—no parliamentarian—for having two homes.’ ”

(For what it’s worth, Tkachuk, speaking to Global News shortly after Duffy’s testimony today, denied providing him such counsel.)

All this was in keeping with other tidbits Duffy let slip about the way Stephen Harper’s Conservative government conducted itself over the past decade.

Duffy and his fellow 2008 Senate appointees—former broadcaster Pamela Wallin, Aboriginal political leader Patrick Brazeau, and Olympic skier Nancy Greene—were not viewed by the public as partisan creatures, he said Hunt told him, and so therefore their arrival as Tories would provide Harper, who voters continued to distrust, with “third-party validation” and a shot at a majority government. This, Harper won in 2011.

Expanding that pool was central to Duffy’s mandate as he travelled across the country drumming up support for the Tories (and racking up expenses), Duffy said.

“What role did Ray Novak play” in explaining this role, Bayne asked his client, referring to Harper’s right-hand man in the PMO.

“Ray is kind of the prime minister’s shadow, he’s there all the time,” Duffy recalled. At caucus Novak would approach Duffy and ask where he’s been over the last weekend, where would he go the next, what were people on the ground saying, Duffy testified.

“In other words, are you fulfilling this role?” Bayne asked.

Correct, Duffy testified, and it was a mandate that came straight from Harper, even if he received his orders from minions.

At this point Duffy made Harper sound like a mafia don.

“They prefer not to put stuff in writing,” he told his lawyer.

“The PMO,” he said. Duffy went on to describe the importance of Post-It notes in the Harper PMO—yellow adhesive slips he said Harper used to indicate decisions and directives on documents, upon which he never wrote directly. “The yellow post-it notes come off,” Duffy told court. “There are no fingerprints.”

He described a Harper who was forever on his Lenovo-brand laptop, which he used only to read, never to write, and he practiced this non-writing habit with monk-like devotion. “The prime minister never asks you to do anything or tells you to do anything,” Duffy testified, but such orders come through lackeys.

“That way he has plausible deniability,” Duffy said.

This was tantalizing stuff—grain of salt, anyone?—but the quality of testimony dropped off as the day wore on.

Bayne was effective in countering the Crown’s innuendo, delivered by way of a forensic accountant’s assessment of Duffy’s financial life, that Duffy’s precarious money management habits had prompted him to take the Senate for everything he could.

The defence managed to fill holes in that accounting by pointing to his wife Heather’s income, and various inheritances.

Then court was subjected to a lengthy slideshow chronicling renovations at the Duffys’ Cavendish cottage, part of Bayne’s attempt to show Duffy was making every effort to convert that seasonal home into a permanent, year-round one.

Listening was very much like getting trapped in an airplane beside an exquisitely dull passenger, armed with photographs.

This was the genie of Cavendish as pedant, master of a minuscule universe. A good deal of the defence’s case is characterized by a similarly pedantic command of legalistic detail. In the witness box Duffy appears a man of great amour-propre. He is mercurial—now the smiling raconteur, now petulant, now glowering indignant.

Nigel Wright, Harper’s chief of staff during the time in question here, who resigned because of the scandal that engulfed Duffy and the Tories over all this, and who testified in August, described the Ol’ Duff as just this sort of man. Wright’s credibility ebbed and flowed in the witness box, but on the question of what it is like to deal with Mike Duffy in crisis—dogged straw-grasping, more than occasionally unwise—it appears he may have been spot-on.

That outburst this afternoon—”I’m so fed up with this,” Duffy had told his own lawyer—bodes well for the prosecution. The genie of Cavendish, P.E.I. may not succeed in keeping the worst of himself pent up.