The Harper government and the Insite flim-flam

WELLS: George Orwell wrote books about this sort of thing 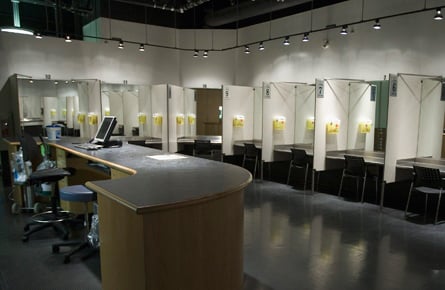 Many of the comments under John Geddes’ astonishing story about the RCMP’s protracted attempts to make up new “facts” about Vancouver’s Insite safe-injection centre suggest readers are having trouble understanding what, precisely, went on here. And the reaction from other news organizations — there’s been none — suggests our colleagues prefer to believe there’s nothing new in the story.

And yet Geddes lays it out with crystal clarity. What’s at stake is not a simple matter of opinion about whether injection sites are a good idea. It is (1) an exhaustively-documented attempt by elements in Canada’s national police force to create a bogus “academic” argument against Insite. Then (2) an attempt by senior RCMP officers to reverse course and atone for that burst of academic vandalism. And finally, (3) a decision from the RCMP’s highest echelons — or from someone in government outside the RCMP — to stifle the belated atonement, instead letting the sham record stand. The first part of that story has been told before. The rest is new, and devastating. Let me try to walk you through it.

• Since Insite’s opening in 2003, Health Canada bankrolled a bunch of research into the centre’s effectiveness. The research, appearing in top peer-reviewed international journals, showed the benefits of Insite: users of the facility were more likely to go into detox than other addicts; the number of deadly dirty needles in the neighbourhood declined; Insite nurses were able to treat infections that normally go untreated.

• But those conclusions didn’t match the new Conservative government’s rhetoric. Tony Clement called the place “an abomination.” And somebody in the RCMP went on a fishing expedition for research that would reach conclusions closer to the government’s version. This wasn’t easy. The RCMP bought and paid for four studies. The first two confirmed the peer-reviewed conclusions that Insite provides “positive impacts.” The second two, which were never published in a peer-reviewed journal, simply critiqued existing studies and offered no original research.

• The fact that the RCMP bought and paid for this un-original, non-peer-reviewed “research” was something the RCMP was at pains to hide from Canadians.  “Dr. Mangham’s report has now been published,” one internal email from an RCMP drug enforcement officer said. “As per our request, the report has no reference to the RCMP.” (These emails, and the RCMP funding of the non-study studies, have been previously reported.)

• At some point, people higher up the RCMP food chain had second thoughts about the whole bogus fishing expedition. Bob Harriman, the RCMP officer in charge of fighting the drug war in Vancouver, sent a memo proposing the wording that would be used at a joint news conference with the group that has led in peer-reviewed research of Insite’s effects. At the news conference, the RCMP would acknowledge “an extensive body of Canadian and international peer-reviewed research reporting the benefits of supervised injection sites and no objective peer-reviewed studies demonstrating harms.”

• But two days before the event, Deputy Commissioner Gary Bass, the top RCMP officer in the province, called to cancel. Julio Montaner, director of the UBC-affiliated research group that was going to hold the news conference in conjunction with the RCMP, says Bass said he had been ordered not to go ahead with the joint news conference.

The public security minister’s office now claims to have no knowledge of any of this, and the RCMP is not talking. But come on: Geddes’ story makes it clear that two deputy commissioners on current active duty know every bit of this tale.

And what the tale suggests is devastating. The only “research” the Harper government is prepared to rely on, as it fights Insite all the way to the Supreme Court, was not research; was secretly bought and paid for with federal tax dollars; contradicts the actual research; has been disowned internally by the police force that bankrolled it; and would have been disowned publicly by that police force if somebody at the RCMP’s highest ranks or outside it hadn’t put the kibosh on.

This is not mere disregard for reliable data. It is an attempt by the state to put falsehood in the place of reliable data. George Orwell wrote books about this sort of thing. Go read John’s story.

FILED UNDER: Insite John Geddes Oceania is at war with Eastasia Tony Clement