The insights Brig.-Gen. Jon Vance brings (back) to Afghanistan

He's got a blunt pragmatic perspective that may surprise some 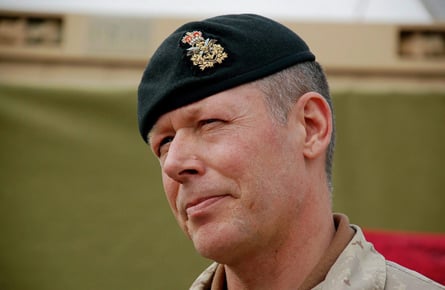 I find it fascinating to see Brig.-Gen. Jon Vance returning to Kandahar to command the Canadian forces there again, replacing Brig.-Gen. Daniel Ménard, who had to come home after being accused of engaging in an intimate relationship, which the military doesn’t allow out in the field.

Vance was our top soldier in Afghanistan not so long ago, through much of last year, and at the time I wrote about how he brought a unique analytical perspective to the job. That’s because he was the author of paper with the intriguing title “Tactics without Strategy, or Why the Canadian Forces Do Not Campaign,” published five years ago in a military textbook called The Operational Art: Context and Concepts.

It’s a quite technical paper meant for aspiring officers, but the thrust of it is that “nations like Canada do not direct their tactical forces at the operational level to achieve national strategic ends.” That sort of strategic, operational direction is almost left to countries leading coalitions, typically, from Canada’s perspective, the United States.

Vance contends that the contributing of forces is itself often the Canadian government’s main goal. “This is an entirely reasonable approach,” he says, “given that Canadian strategic objectives are less concerned with Canadian tactical outcomes, and more concerned with the political advantages of being seen to participate.”

Interesting to have this pragmatic perspective laid out so bluntly by the guy who will be leading our troops as part of what is billed as major push—U.S.-planned, naturally, although led by a Brit—this summer against the Taliban.