The structure of Canada's new infrastructure bank will soon be announced, but that's not likely to ease public suspicions over the bank’s mandate and operation 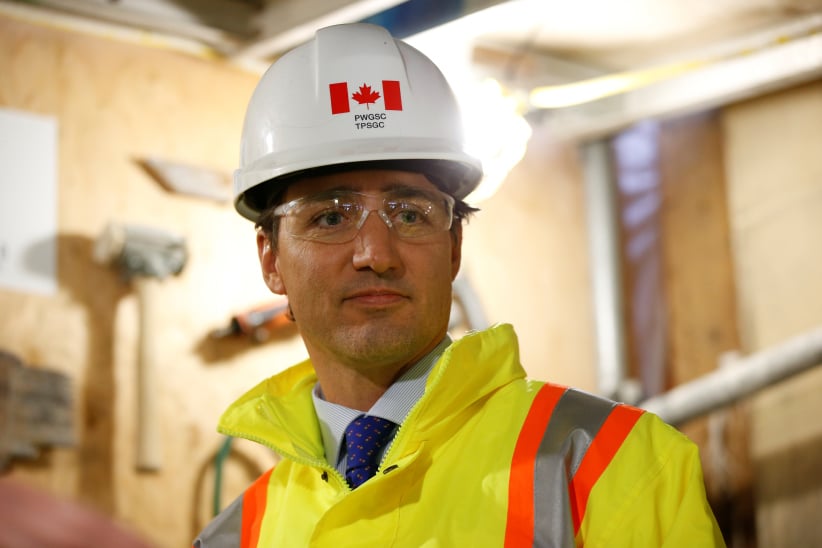 The bill to enable the Trudeau government’s proposed infrastructure bank has been introduced in the House of Commons. It must be one of the Liberals’ biggest and most poorly understood projects: $35 billion from Ottawa as seed money, to attract potentially hundreds of billions from large investors for major new infrastructure projects.

A federal source told Maclean’s the structure of the bank and its location—a political hot potato, since mayors including Montreal’s and Calgary’s have been quick to announce that their cities are natural locations for the bank’s head office—will be announced within “weeks.”

Which means that important decisions over the bank’s structure, mandate and operations need to be decided soon. Which helps explain why the head of one of Canada’s largest pension funds was quite talkative when I put these questions to him.

Hugh O’Reilly is President and CEO of OPTrust, which manages nearly $20 billion in assets for 84,000 members of the Ontario Public Service Employees Union’s pension plans.

O’Reilly was one of several institutional investors, some with portfolios much larger even than OPTrust’s, at a Toronto meeting last November when Trudeau and senior cabinet ministers explained the infrastructure bank to potential funders. OPSEU members were picketing outside—not particularly surprising, as the pension fund operates independently both from the union and from the Ontario government.

But suspicions over the bank’s mandate and operation mustn’t be ignored by the feds, O’Reilly said this week. “My concern is to make sure that a political consensus around the infrastructure bank is established,” he said. “I think the federal government has to spend time with public-sector unions to understand what their concerns are, so we don’t start this with a feud.”

The infrastructure bank is already off to a shaky start. The NDP and the Council of Canadians have wasted no time calling  it Trudeau’s “privatization bank,” a sure route to corporate profit at the expense of worker benefits.

O’Reilly is more optimistic. “It doesn’t have to result in privatizations. You can have long-term leases of public assets, so that someone else operates them.”

And O’Reilly argues that there’s a role for the federal government in ensuring that labour standards be upheld even as outside investors are brought in. “You know, if it’s a unionized area, I think it should be a unionized operation (after leasing to big investors),” he said. “It should have the same pay rates, the same benefits. Involving pension funds or other entities in infrastructure shouldn’t mean that you’re going to reduce union density. And it doesn’t have to mean that.”

But surely that would scare away potential investors? “I would say no,” O’Reilly said. “I think if you look at the experience in Europe—remember in Europe, it’s no big deal to have unionized operations. It’s just the way it works.”

To O’Reilly, the point of having a federal agency organizing these public-private arrangements is precisely to ensure the public interest is protected. Otherwise you get results like the infamous 2008 Chicago parking deal, in which private investors bought into the city’s parking racket and promptly quadrupled tolls.

“That whole issue could have been negotiated,” to avoid that outcome, he said. “But if you don’t have experienced people at the table for the public sector, then you’re not going to do as well in a negotiation. And I think the infrastructure bank has a really important role to play, in making sure the public interest is preserved.”

This whole project is a balancing act. If the feds, or their proxies staffing the infrastructure bank, are pushovers, then pension funds and private investors will be able to buy into lucrative projects—rail systems with a new hotel and a high-priced parking lot at every stop; sewer systems with exorbitant meter charges—at the expense of good union benefits and at huge cost to commuters or homeowners. But if the bank makes too many demands of potential investors, they’ll walk away and nothing gets built.

O’Reilly’s comments suggest he’s not particularly worried about the latter eventuality. “As far as I’m aware, infrastructure opportunities don’t go lacking for investors,” he said. In fact, even if the Trump administration manages to get its own infrastructure project in gear, a project that will seek almost 10 times as much money from institutional investors as Trudeau hopes to attract, O’Reilly is confident that there’ll be enough investor money around the world to fund both countries’ projects.

Recent remarks from the prime minister suggest he also thinks the global infrastructure bazaar is mostly a seller’s market. In an on-stage interview Thursday in Toronto with Bloomberg News, Trudeau was asked whether his goal is to privatize the big airports in Toronto and Vancouver.

“The fact is that’s always one of the easy, quick things people jump to,” Trudeau said. “I’m interested in other things than that.”

Such as? “I’m interested in actually drawing in fresh capital to build new things,” he said.

And indeed, a federal source said the current plan is for the infrastructure bank to be open only to investors willing to invest in “greenfield” projects—newly built roads, rails, power lines, water treatment plants and so on, as opposed to simply buying a stake in existing, already-built “brownfield” development. Here again, that would be setting a high bar. Investors are normally fond of brownfield opportunities, because they know the port or the plant or whatever is already built, it works as advertised, it has demonstrable revenue. A greenfield investment is a leap of faith.

O’Reilly thinks the debate over the infrastructure bank is healty. “I think it’s entirely appropriate for people to be skeptical, to hold the government’s feet to the fire on this,” he said. “To make sure it achieves what it’s seeking to achieve and does it in a way that’s in the public interest. From my point of view, we wouldn’t want to be involved in anything that didn’t have a political consensus around it and wasn’t in the public interest.”