The little rule that could give B.C. huge electoral power

Procrastinating voters in B.C. will now know some early east-coast returns—and their late allegiances could tip the election outcome in the final hours 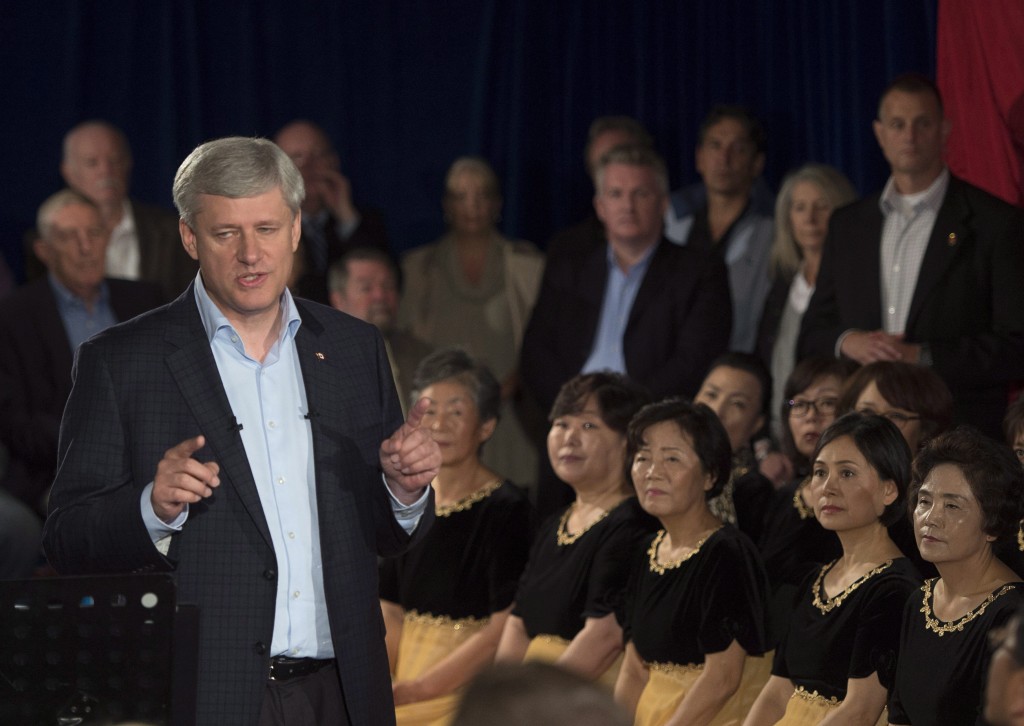 Back in 2000, when Stephen Harper was a champion of free speech and open government as president of the National Citizens Coalition, he went to bat for Paul Bryan, a Vancouver blogger and software engineer who violated a federal election gag law by blogging vote results from Eastern Canada before polls closed in the West. “Those jackasses at Elections Canada are out of control,” said Harper. “The government’s law is outdated and just plain wrong.” Bryan fought his conviction and a $1,000 fine all the way to the Supreme Court of Canada. He lost.

It took until 2014, but, true to his convictions, Prime Minister Harper’s Conservatives finally quashed the obsolete gag law, allowing the free flow of voting information as results come in. In doing so, he has given procrastinating voters in British Columbia an advantage the rest of the country doesn’t enjoy: They can make a last-minute rush to the ballot box, knowing the vote results in Atlantic Canada.

Whether Harper has any regrets about granting the B.C. advantage, he certainly knows the potential impact of its 42 seats in a tight three-way race. “The voice of British Columbians will matter more in the outcome of this election than it ever has before. Gone are the days when Canadian elections are decided in the east before Westerners even vote,” he told a rally in Richmond, B.C. “British Columbia may well now choose who will form the national government in Canada. That’s a big step forward.”

Related: A primer on the brouhaha in B.C.

If results from the 2011 election are transposed onto the new, reconfigured ridings, there are 10 B.C. seats decided by fewer than 4,000 votes. Most provincewide polls show the NDP ahead, followed by the Conservatives, with the Liberals a close third. But the reality in the few riding-level polls publicly available show most ridings are two-way races, with the NDP squaring off against the Conservatives in much of the province, and against the Liberals in parts of the Lower Mainland and Vancouver Island. In one or two ridings on the island, it may even boil down to a strategic choice between NDP and Green.

To what extent strategic voting will trump past loyalties is anyone’s guess. A recent survey by B.C.-based pollster Insights West found supporters of all national opposition parties said their desire to change governments ranked higher than their choice of party leader, while “disgust” with the state of politics motivated them more than the quality of local candidates. Conservative supporters said they were more motivated by a desire for “stability” than by the qualities of their party leader.

A select number of voters in B.C. may well hold back their votes to await eastern results, Mario Canseco, vice-president of public affairs for Insights West, said in a recent interview about rising Green strength on Vancouver Island. “If the intention is to stop Harper, then it becomes really strategic,” says Canseco. “If the NDP is running away with it, ‘I’ll go Green.’ If the Conservatives are in striking distance, ‘I’ll go NDP.’ That’s going to be an issue, for sure.”

Related: Fishing for votes in B.C.

Having voters decide their allegiances in the final hours of an election based on early results elsewhere is a nightmare scenario most parties would rather not contemplate. If voters do hold off in an attempt to read the national mood, they’ll have a mad sprint to cast their ballots. B.C. polls close at 7 p.m., earlier than anywhere else in Canada. They should have a solid read on results from Newfoundland and the Maritimes by then, but polls in Quebec and Ontario remain open until a  leisurely 9:30 p.m., effectively shutting out any significant results from leaking westward.

“One of the things I think is not likely to happen is that people are going to wait until the very last minute,” says Glen Sanford, campaign director for the New Democrats in B.C. His greater concern is that the early close of the polls in B.C., instituted by the federal Liberals several elections past, will have an effect on voter turnout. While British Columbians get a 12-hour voting window, as does the rest of the country, polls in B.C. open at 7 a.m., while in Quebec and Ontario, they open at 9:30 a.m. “To [B.C.] political organizers, it’s very annoying; there aren’t a lot of people who set their alarm clocks an hour earlier so they have an extra hour to vote. It’s 12 clear hours, but there’s not that much traffic between 7 and 8 [a.m.],” Sanford says. NDP organizers will move heaven and earth to get the vote out early, he says. “We have a very large team that helps to pull the vote across B.C. We’re pretty famous for our ground game.”

Related: Could Elizabeth May play spoiler in B.C.?

B.C. voters will be saturated with an unprecedented level of strategic polling information by voting day, says Richard Johnston, a political science professor at the University of British Columbia. “I suppose it’s possible, in principle, that B.C. voters, seeing results from farther east and seeing, let’s say, that the Liberals do better than expected, [those] who haven’t yet voted might move to the Liberals,” he says. “I think, under the circumstances, the NDP has such strength in this province that they’re probably not really vulnerable to that.”

The greater risk of advance knowledge of early vote results is that it may cause potential voters to stay home, says Martyn Brown, a political columnist, author and chief of staff to former B.C. Liberal premier Gordon Campbell. “Whether people show up to vote will determine many close contests. If the results are evident, before our polls close, that any party has formed a minority government, it will likely suppress voter turnout, especially for the Tories,” he says. “I think they’ve got the biggest challenge already. They’ve got a bunch of apathetic support that has not been at all inspired by this race. If they think the government has lost already by the time they vote, they’ll be even less inclined to turn out.”

That’s not an outcome the NDP’s Sanford banks on. “I don’t think it’s ever a good idea to underestimate the Conservatives. I’ve been involved in federal campaigns for a few decades now. Their campaigns are often very subterranean, and very surprising. They have a real core of self-motivated voters.”

His advice to last-minute voters: “Don’t wait for the ballots to be counted in Ontario, or you might miss your chance.”