The many battle scars of Peter MacKay

What to make of the MP's 18-year career? Here's Ottawa bureau chief John Geddes on the impact player on the PM's roster 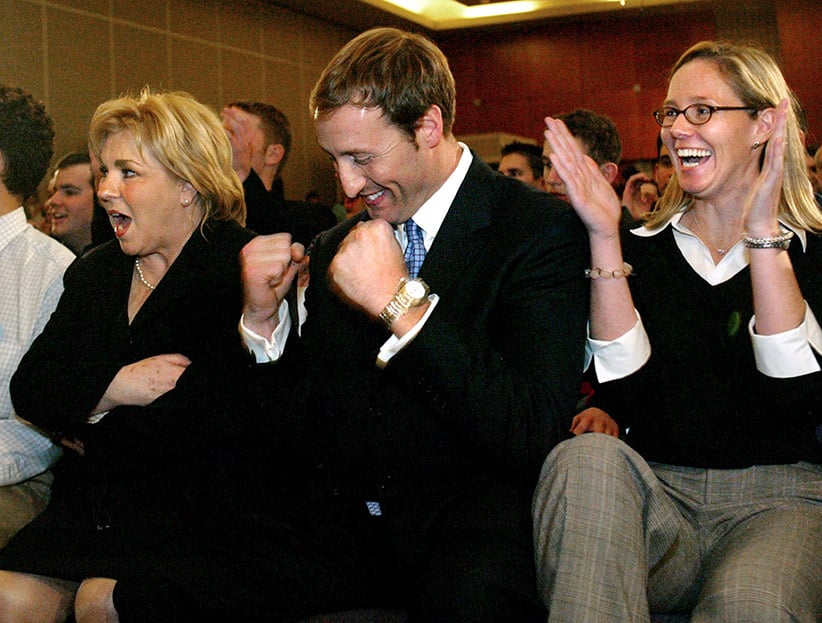 Peter MacKay has always been the sort of jock who wears his battle wounds proudly. He first arrived on Parliament Hill, after winning a Nova Scotia seat in the 1997 election, with his arm in a sling. He had badly dislocated his shoulder playing rugby. Asked about it at the time, he rhymed off past sports injuries with evident satisfaction. “Broken my nose five times,” MacKay said. “Collapsed my eye socket. Broken an eardrum. Dislocated my shoulder and my knee.”

With MacKay, now 49, set to resign as justice minister today after a bruising 18-year run on the federal playing field, I can’t help wondering if he doesn’t maintain a mental list of political scars, too. Broke a pledge not to merge his old Progressive Conservatives with the Canadian Alliance. Presided over a military procurement customarily derided as an epic fiasco. Mixed his private and public lives and landed himself in a front-page, cover-story, top-of-the-newscast breakup.

And yet, like an athlete who shrugs off fractures and mild concussions as the cost of performing flat-out, maybe MacKay sees all that as the price he paid for being an impact player on the Conservative roster. The discipline of Prime Minister Stephen Harper’s system did not define MacKay. He may not have left a lasting mark on policy, but he served up frequent reminders that even Harper could not erase all individuality in his cabinet or entirely stifle old Tory instincts in his reconfigured Conservative party.

As the son of Elmer MacKay, a key Tory minister from Brian Mulroney’s cabinet, Peter MacKay landed in Ottawa with a well-known pedigree. That was a moment of creative destruction in right-of-centre circles. The near annihilation of the PC party under Kim Campell in the 1993 election had led to Jean Charest, a former Mulroney protege, taking over. Just 35 when he became leader, Charest didn’t hesitate to heap responsibilities on a young rookie Nova Scotian MP. “It demonstrated how quickly things can fall apart, or come together,” MacKay later reflected on Campbell’s fall and Charest’s bid to rebuild.

The fact that MacKay was able to cut a deal with Harper came as a surprise to some old-school Tories. Harper had been seen as an inflexible ideologue, MacKay a pragmatist from the Mulroney school. But MacKay also has a staunch conservative streak. For instance, he had voted with Harper (and against Clark) in opposing gay marriage, and he was against decriminalizing possession of small amounts of marijuana.

Still, theirs wasn’t an easy dovetailing. Harper clearly drove the process, at one point even chasing MacKay down at a Toronto-area political event to keep the negotiations from stalling. When they finally announced the merger, MacKay sounded at timed almost dazed by what had transpired. “I didn’t think it would go this far this fast,” he admitted. (His signature sports-injury motif even played into the story: In the final, late-night bargaining, MacKay was on crutches after wrenching a knee in rugby, the painkillers wearing off by the time the final details were worked out.)

If there was any thought that this was a meeting of equals, Harper soon put that to rest by emerging as the undisputed dominant Conservative figure. But MacKay remained an important figure for onetime Progressive Conservatives who didn’t want their legacy forgotten. “Keeping the progressive element of this party is going to be very, very important,” he declared going into the new party’s key 2005 policy convention in Montreal.

More than maintaining some progressive policy element, though, MacKay remained an example of how the time-honoured strategy of cultivating a regional base—as the foundation of personal power—could be done even under Harper’s centralized control. University of Moncton public administration professor Donald Savoie saw MacKay as a classic “regional minister” in the Atlantic provinces, pointing to MacKay’s strong hand in keeping up Atlantic Canada Opportunities Agency funding, defence spending in the region, and other federal support.

Few Canadians, however, knew much about the intricacies of regional largesse and brokerage politicking. What they did hear about was MacKay’s love life. In 2005, his highly publicized romance with Belinda Stronach, auto-parts heiress and political dabbler, ended with an even more publicized split, after she defected from the Conservative to the Liberal camp. “My head’s clear,” MacKay self-analyzed to the TV cameras. “My heart’s a little banged up.” He’s healed. In 2012, he married Nazanin Afshin-Jam, human-rights advocate and former Miss World Canada runner-up. They have a son and are expecting their second child.

If MacKay’s political style didn’t quite match his personal life as a story, it had its moments. In late 2010, for instance, a diplomatic rift opened up between Canada and the United Arab Emirates over, of all things, landing rights at Canadian airports for U.A.E. airlines. As defence minister, MacKay wanted to patch things up with a Middle East ally. But John Baird, then transport minister, wasn’t as eager to compromise. MacKay not only spoke publicly about the need to repair damaged relations, he appeared on the Hill sporting a “Fly Emirates” baseball cap. 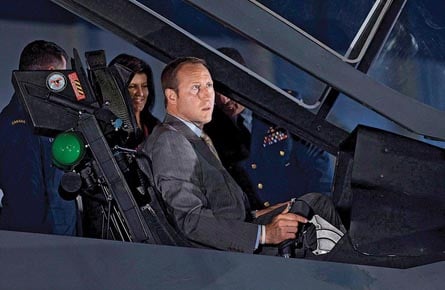 But his most memorable—and ill-advised—photo op came a bit earlier. In July 2010, he climbed into the cockpit of an F-35 Joint Strike Fighter, as part of his announcement of a planned $9-billion purchase of 65 of the fighter jets. By late 2012, when the estimated real cost of the procurement had soared to more than $45 billion, MacKay was forced to “push the reset button” on the plan. It’s still not clear if Ottawa will buy the U.S.-made jets. The bungled buy overshadowed his run as defence minister.

So MacKay’s loyalists (who tend to have East Coast roots or share his affinity for team sports) were relieved when Harper shuffled their guy to Justice in the summer of 2013. Some said this was his “dream job.” It certainly allowed him to play a more aggressive political role. When Liberal Leader Justin Trudeau admitted he “took a puff” on a joint being passed around at a dinner party at his Montreal home, the new justice minister took aim. “By flouting the laws of Canada while holding elected office,” MacKay scolded, “he shows he is a poor example for all Canadians, particularly young ones.”

On the policy front, he kept up the long-standing Harper government strategy of putting more people in prison for longer terms. Notably, he introduced the Life Means Life Act, which would end the chance of parole after 25 years for those serving life sentences for particularly brutal murders, including killings involving sexual assault or kidnapping. It was reminder that, before being elected an MP in 1997, MacKay had been a Crown attorney.

Nobody expects him to return to courtroom lawyering now that he is exiting the political stage. His cabinet resumé will likely set him up for a lucrative post-politics career. His accomplishments may be up for debate, but for anyone impressed by a capacity to absorb blows, to continue on after a hard hit, MacKay will look like a rare catch.