The moral catastrophe of Justin Trudeau

Paul Wells: What Jody Wilson-Raybould described today is a sickeningly smug protection racket and it should make us all question what we're willing to tolerate 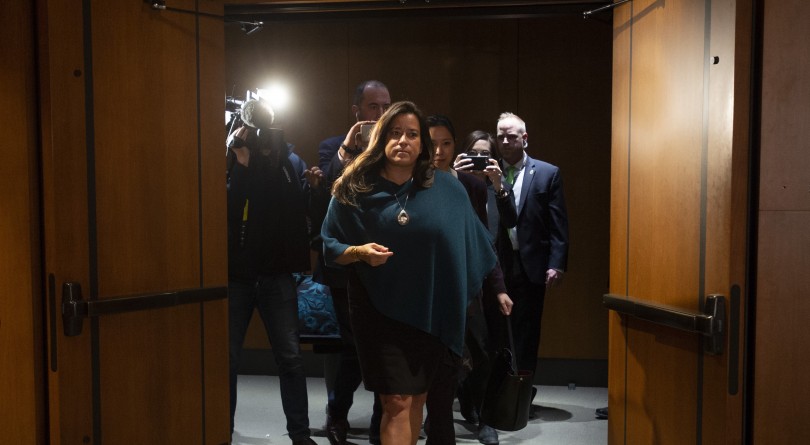 The dangerous files are never the obscure ones. Scandals don’t happen in the weird little corners of government, in amateur sport or in crop science. They happen on the issues a prime minister cares most about, because everyone gets the message that the rules matter less than the result.

It’s a constant in politics. In 2016 I took one look at Bill Morneau’s first budget and wrote this: “The sponsorship scandal of the late Chrétien years was possible because it was obvious to every scoundrel with Liberal friends that spending on national unity would not receive close scrutiny from a government that was desperate to be seen doing something on the file. A government that considers the scale of its spending to be proof of its virtue is an easy mark for hucksters and worse.”

It wasn’t a perfect prediction. I kind of expected the hucksters and worse to be outside government. Unless the Trudeau Liberals can produce persuasive evidence that Jody Wilson-Raybould is an utter fabulist (and frankly, I now expect several to try), her testimony before the Commons Justice Committee establishes pretty clearly that the hucksters and worse were running the show. Led by the grinning legatee who taints the Prime Ministers’ office.

There will now be a period of stark partisanship. We’re in an election year. Loyal Liberals will tell themselves, and then everyone else, that the price of looking clearly at Justin Trudeau’s bully club (so many men; wonder how Katie Telford felt about that while she was signing off on every element of it) is ceding the field to Andrew Scheer. Who, they will tell themselves and then the country, is an actual Nazi.

I mean, after all, that’s pretty close to what they told one another, and then Jody Wilson-Raybould, last fall, isn’t it? There was an election in Quebec in the first week of October. And Ben Chin, a former journalist who did whatever Christy Clark needed done in B.C. before moving east to do whatever Bill Morneau and the PMO needed doing, used that thin reed of an excuse to try to sway Wilson-Raybould’s chief of staff, Jessica Prince. “If they don’t get a [deferred prosecution agreement], they will leave Montreal, and it’s the Quebec election right now, so we can’t have that happen,” Wilson-Raybould told the committee, paraphrasing Chin’s conversation with Prince.

I’ve never met a Liberal yet who doesn’t reliably confuse his electoral skin with the national interest. So much of what Trudeau and his minions have done in the last year stems from that instinct. Take the ludicrous half-billion-dollar bailout for people in my line of work, never explained, sprung out of nowhere in Morneau’s fall economic update—or as I now like to think of it, between Trudeau advisor Mathieu Bouchard’s meeting (yet another one) with Prince and Michael Wernick’s chat with Wilson-Raybould. You can get a lot of op-eds written with that kind of dough. Take the cool billion the Canada Infrastructure Bank coughed up to pay for a politically popular and impeccably well-connected transit project around Montreal. That money appeared, from a brand-new bank that has not funded a single other project [Update, Thursday: Wrong! It had had a CEO since last May – pw], on the day before Philippe Couillard launched the Quebec election campaign. It is now impossible to believe on faith that the Canada Infrastructure Bank is not a wholly-owned subsidiary of Ben Chin, Mathieu Bouchard, Katie Telford and Justin Trudeau.

But anyway, back to partisanship. Liberals and their many friends across the land will insist that all this behaviour must have no real-world repercussions because the other side cannot be permitted to gain the upper hand. And similarly, a lot of battle-hardened opponents of the Liberals will call for the jails to be opened up to welcome fresh Liberal meat. Fortunately, there is indeed an election coming up, and I’m content to let voters decide the partisan affiliation of the next government. I offer them no counsel.

But we get to draw our own conclusions as citizens. What the former attorney general described tonight is a sickeningly smug protection racket whose participants must have been astonished when she refused to play along. If a company can rewrite the Criminal Code to get out of a trial whose start date was set before the legislation was drafted, all because a doomed Quebec government has its appointment with the voter, then which excesses are not permitted, under the same justification? If a Clerk of the Privy Council can claim with a straight face that ten calls and meetings with the attorney general, during which massive job loss, an angry PM and a lost election are threatened, don’t constitute interference, then what on earth would interference look like? Tonight I talked with two former public servants whose records rival Michael Wernick’s. Both were flat astonished that he seems not to have pushed back against this deeply disturbing, and plainly widespread, behaviour.

There’ll be time to contemplate mechanisms in the days ahead. I don’t think the ethics commissioner has a broad enough mandate to investigate matters like that Canada Infrastructure Bank investment and other tendrils of this affair. But in the end, the moral collapse of Justin Trudeau’s government teaches each of us a lesson, if we will only listen: There had damned well better be a limit to what we’re willing to do or say, whatever the cause we claim to serve. The rules need to be rules—not for the people we despise, but for ourselves. For myself. For you. Or else we have no souls.