The NDP looks for a winner, mostly avoids divisive debate

When the party dumped Tom Mulcair, it seemed hungry for a sharp left turn. But the race to replace him has been more cautious 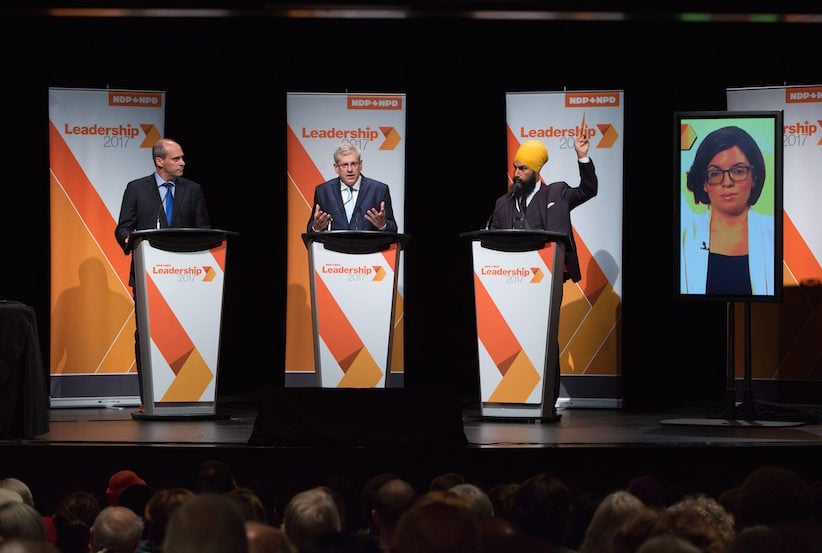 Let’s say you find yourself in a room full of NDP supporters, and want to divide them into categories. Here’s a trick. Mention Avi Lewis, the Toronto activist and driving force behind the so-called Leap Manifesto, and watch who rolls their eyes. Those are the self-styled pragmatists. Then bring up Brad Lavigne, the longtime NDP strategist who directed Jack Layton’s landmark 2011 campaign, and again take note of the eye-rollers. Those are the ones who don’t mind being thought of as radicals.

I called up both Lewis and Lavigne this week to get a sense of how they saw the federal NDP leadership race, which will conclude in October after online voting by party members. They didn’t agree on much, predictably, but there was this: neither thought this contest has been much of a crucible for the debate of clashing policy ideas. “By and large this was not a policy-difference campaign,” Lavigne said. “It was more about individual capacities for leadership, how people see the path to victory.”

Lewis didn’t disagree. I asked him whether he heard much during the race about Leap—a way-left call for an immediate end to pipeline-building on the path to eliminating fossil-fuel burning entirely, higher taxes on corporations and the wealthy, and much more. “I think [Leap] is a very live subject at the grassroots,” Lewis said, “and I think the party establishment has made it pretty clear that they’d rather talk about anything else.”

If it seems unsurprising that any party would avoid truly risky, divisive platform arguments while picking a new leader, it didn’t look so much that way back at the Edmonton convention on April 10, 2016, where the NDP informed Tom Mulcair that his services as leader would no longer be needed. At the moment Muclair lost a vote to remain at the helm, New Democrats appeared to be almost daring themselves to pick a successor willing to gamble on a decisive left turn.

After all, Mulcair was indicted on charges of having let Justin Trudeau siphon off the progressive vote in the 2015 election—mainly with the simple promise that a Liberal government would run stimulative deficits—set against the NDP’s vow to balance the books, which proved to be decidedly un-stimulating to voters hankering for some activist government.

As well, the corridors in Edmonton hummed with talk of how Bernie Sanders in the U.S. and Jeremy Corbyn in the U.K. had proven that more unguardedly left-wing messages could sell. On the convention floor, NDP delegates voted to formally study the Leap Manifesto, which didn’t mean embracing it, but sure appeared to signal that any safe, centrist version of social-democratic politics was suddenly passé. 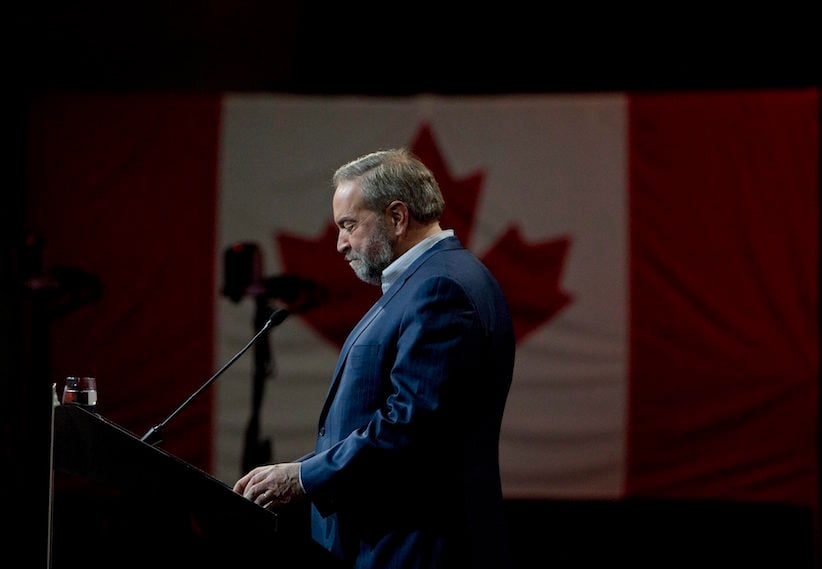 The big build-up in Edmonton, however, was followed by a long leadership race that didn’t live up to expectations of leftward-Leaping, Sanders-and-Corby-emulating vision. The most intense discussion has been about not any radical policies, but potentially winning personas. Lewis bemoans that as surrendering to the mindset of the sort of strategists who produced what he regards, in the cases of Barack Obama and Justin Trudeau, as thin veneers of upbeat progressive messaging glued over pro-business politics.

In fact, Lewis mentioned Lavigne by name as a sort of NDP version of Gerald Butts, Trudeau’s alter ego and principal secretary. To be clear, he didn’t mean that flatteringly, lumping Lavigne and Butts together as “super-smart guys who find attractive candidates and run them and see politics as a game.” Speaking of finding attractive candidates, Lavigne is supporting Jagmeet Singh, the Ontario NDP MPP whose ebullient, fashion-forward style has made him by far the most closely watched of the four contenders for Mulcair’s job.

What’s the appeal? Lavigne admires Singh’s success in raising money and signing up new members, especially in suburban Vancouver and Toronto, but also in Calgary, Edmonton and Montreal. More than that, Singh is young, just 38, and a turban-wearing Sikh, which suggests to Lavigne the potential for “speaking to the future of the country from a younger person’s perspective, and breaking into ethno-cultural communities.”

RELATED: Why should Jagmeet Singh have to meet racist heckling with ‘love and courage’?

Of course, there is more to this race than Singh’s style and demographic. Northern Ontario MP Charlie Angus, 54, is an engaging performer in his own right, and brings credentials as a longtime champion on Indigenous issues, a key NDP concern. Quebec MP Guy Caron, 49, is an economist, whose policy pitch features a basic-income guarantee designed to raise individuals above what’s called the “low-income cut-off line.” Manitoba MP Niki Ashton, 35, positions herself as an admirer of Sanders and true believer in left-wing social causes and movements.

They gather in Hamilton, Ont.’ s convention centre for their final “showcase” event—each allotted 22 minutes for speeches and videos and attendant hoopla—on Sept. 17. Online voting for the new leader begins the next day. The party is trying out a complex new, ranked-choice balloting system, and results are slated to be announced Oct. 1, and again, unless somebody scores an early majority, on Oct. 8 and Oct. 15.

Lewis suggests the real “submerged” action on the left is happening elsewhere—among grassroots New Democrats discussing Leap at the riding level, and non-NDP groups organizing to push for its sort of vision. Lavigne approves of the race’s tone as it enters its final stage. He says the mentality instilled by Layton’s 2011 breakthrough, to 103 seats and second place in the House, hasn’t been erased by the 2015 tumble, under Mulcair, to 44 MPs and back into third.  “Whereas in the past,” he says, “you would have been forgiven in the NDP if you talked about merely a few more seats here and there, now the entire frame is the need to win.”