The NDP's price for propping up the Liberals

Politics Insider for Sept. 25: The Liberals dangle a new unemployment benefit in front of New Democrats, Jimmy K loses his job for good and Manitoba's premier expands our vocabulary 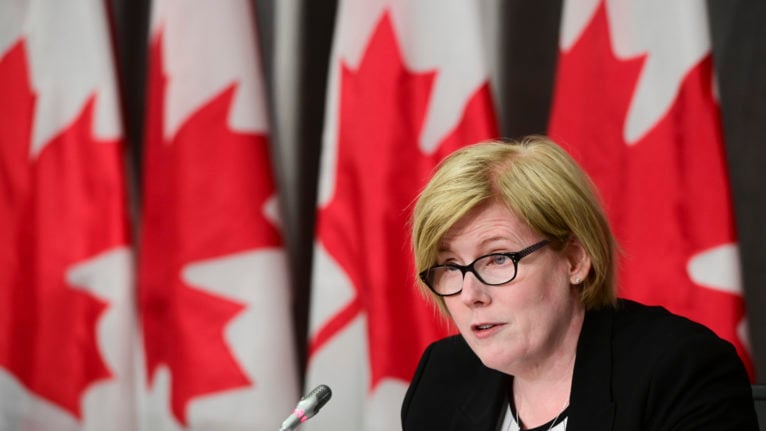 Employment Minister Carla Qualtrough tabled her first bill of the second session of the 43rd Parliament. Welcome to the world Bill C-2, otherwise known as the COVID-19 Economic Recovery Act. Qualtrough’s legislation may hold the key to NDP hearts in the form of a $500 weekly benefit for Canadians who are “self-employed or are not eligible for EI and who still require income support.” The Canada Recovery Benefit—that’s CERB without the E—would find its way into recipients’ bank accounts for up to six months. The feds are also pitching a two-week benefit for workers who are self-isolating or sick, and another 26-week benefit for those whose caregiving forces them out of work.

Is it enough for the NDP? Jagmeet Singh told Bloomberg that it “looks like” he’ll support the Liberals, though his caucus will talk it through. (That story’s headline pegs Singh as a social democrat, but its URL quietly claims he’s a socialist.)

Canada’s premiers aren’t satisfied with the new federal roadmap. In a joint statement, they “expressed disappointment” that provinces’ top priority—”sustainable health funding partnership through a significant increase to the Canada Health Transfer”—was left out of the Throne Speech. The premiers also want the feds to “simplify and modernize” a fiscal stabilization program meant to help industries facing catastrophic downturns. And they want another $10 billion a year, split among themselves, for infrastructure spending.

The Commons opened yesterday with tributes to the late former Prime Minister John Turner. The Conservative deputy leader, Candice Bergen, recalled with glee a tale that sounds tall but is, by all accounts, quite true. While a young Turner was vacationing in Barbados in 1965, his wife noticed an older man struggling against powerful riptides. Turner, who’d qualified for the 1948 Olympics as a track athlete, was also a strong swimmer. He raced into the water and, after dragging the man ashore, gave him mouth-to-mouth resuscitation. That man was former PM John Diefenbaker, just two years out of office and still the Tory leader. Watch Bergen’s full clip.

As the self-isolated Erin O’Toole attempts to define himself before Liberals get the chance, the new Tory leader is posting videos that introduce himself to the country. His latest clip, which leans heavily on his time in the military, claims that “very few things” in politics get him “stressed.” In his Air Force days, O’Toole says, he “hunted submarines at night, when you’re dripping with sweat because you’re in an immersion suit over the ocean. You think you’ve just lost a submarine, and you’ve got an hour of fuel left. And the winds are bad.” The only thing worse than that kind of predicament? “Twitter.”

Maclean’s Live: Okay, so this time it’s not live because the guest had to jump on a flight to Vancouver. But watch this timely conversation between Paul Wells and Environment Minister Jonathan Wilkinson. They’ll talk about the government’s ambitious carbon targets and how on earth Liberals plan to reach those targets amid a public-health crisis that goes on and on.

Jim Karygiannis is out of politics for good. The former Toronto city councillor, who’d repped the same Scarborough neighbourhoods for 32 years in the House of Commons and then at city hall, lost his last-gasp hope at retaining his seat. Last year, a judge had removed him from office based on improperly claimed election expenses. A legal rollercoaster saw him reinstated, then booted anew, then reinstated pending a final, possible hearing. But the Supreme Court dismissed Karygiannis’s case. “I am leaving politics,” he wrote on his website. “It has been an honour and privilege to serve the people of Scarborough-Agincourt. I want to thank them for the trust they have shown me.

The B.C. election at the starting line: Philippe J. Fournier, a Maclean’s contributing editor and leading Canadian election forecaster at 338Canada, will closely follow the provincial election on the west coast. Fournier published his first projection, which could change dramatically in the near future as pollsters come back from the field with up-to-date numbers after Premier John Horgan‘s election call:

The B.C. NDP leads the field with an average of 45 per cent support. The B.C. Liberals stand in second place with 34 per cent. Since data has been scarce of late, the confidence intervals of those projections remain wide for both main parties: For the NDP, the projection stretches from the high 30s to the low 50s. For the Liberals, the worst-case numbers are just below the 30 per cent mark, and the best case stretches to just under 40 per cent of support.

Word of the day: At a briefing, Manitoba Premier Brian Pallister said: “This is not the time for profligacy“—as in, reckless extravagance or morally wrong behaviour. The more you know.